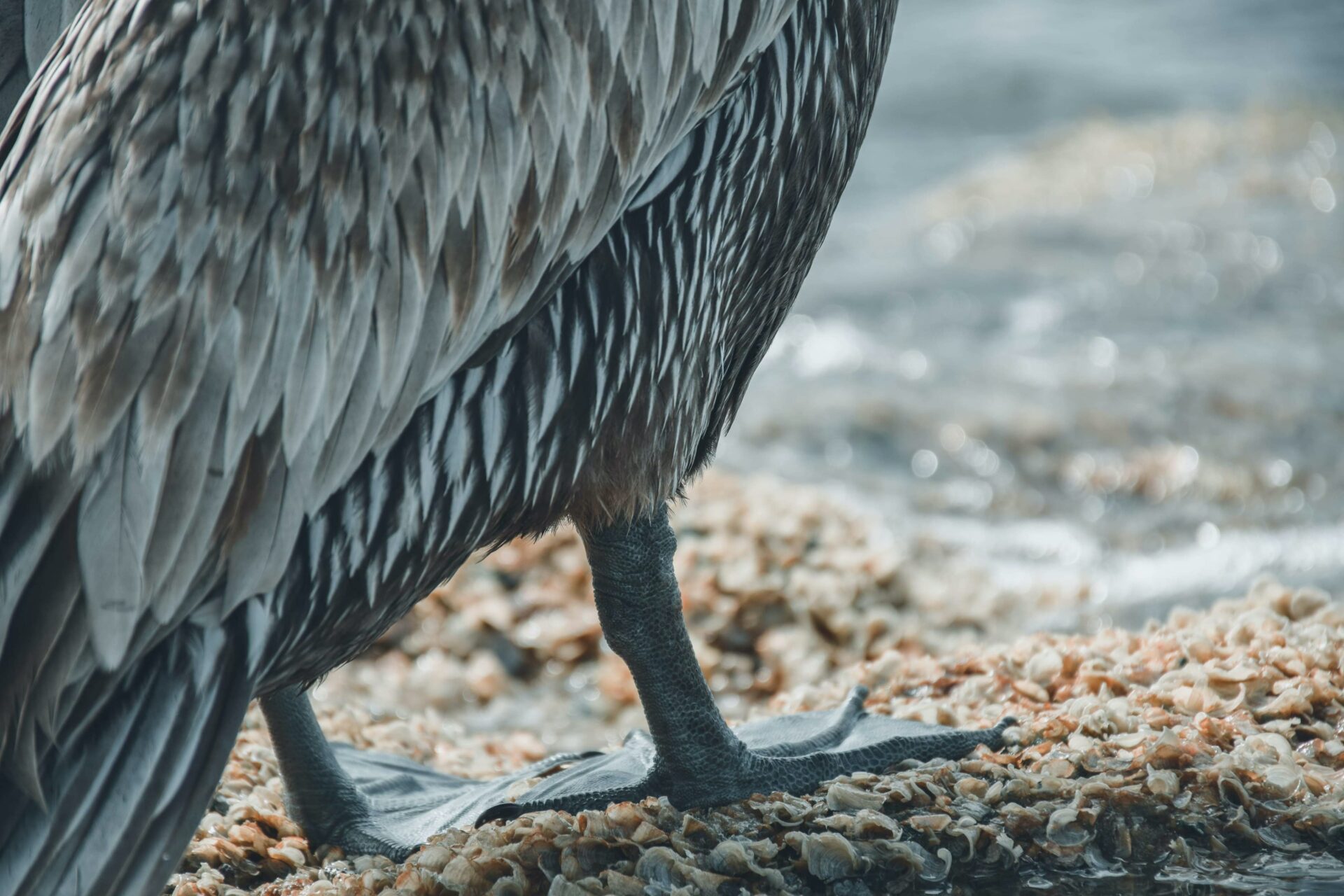 Have you ever eaten chicken feet? If you haven’t, you might be surprised to learn there’s actually quite a bit of flesh down there. And scales too! They’re wonderful – and informative – pieces of engineering.

As someone whose speciality is working on fossilised dinosaur skin, I have more than a passing interest in bird feet and the scales of other reptiles (yes, birds are reptiles too).

In a paper published today in Nature Communications, we describe how we used some extraordinary fossils to reveal the varied lifestyles in the transition from ground-dwelling dinosaur to flying bird.

Because the carnivorous theropod dinosaurs – a group of bipedal dinosaurs characterised by hollow bones and three-toed feet – eventually evolved into birds, the two groups share a lot of similarities.

So, we can use birds as a model for reconstructing the behaviour and lifestyles of extinct dinosaurs.

Birds lack “proper” hands, so their feet have to do twice the work – perching, walking, grasping, manipulating food. They’re naturally well adapted to do those jobs. But all bird feet are not created equal, as the jobs differ between species.

Raptorial birds – think the likes of hawks and falcons – often have large, protruding toe pads that act like little fingers to help them grip their prey. Raptorial birds that specialise in catching fish also have spiky scales on the underside of the foot to assist in restraining their slippery catch.

Meanwhile, birds that spend more time on the ground (such as emus and kiwis) or perching (crows, sparrows, and so on) have entirely different feet altogether, adapted to the task at hand – or foot.

It had long struck me that if we had the right fossils – if we could only look at their feet – we might find out more about how certain dinosaurs and the first birds behaved, or even hunted.

For more than 25 years, extraordinary fossils of feathered dinosaurs have been emerging at a tremendous rate from Early Cretaceous (roughly 145 million to 100 million years ago) rocks in China.

Fossilised feathers on a slew of species show precisely how feathers changed over time. They transitioned from simple hair-like filaments in ground-dwelling theropods to branching and increasingly more complex modern-style feathers in pennaraptorans (the group most closely related to and including birds), and finally birds themselves.

But feathers are only half the story.

Back in 2015, my colleagues Michael Pittman at the Chinese University of Hong Kong and Tom Kaye at the Foundation for Scientific Advancement pioneered an almost miraculous form of photography called laser stimulated fluorescence (LSF).

This method quite literally illuminates details in fossils that can’t be seen (or are indistinct) with the naked eye. Using LSF, they pored over more than 1,000 fossils of early birds and their dinosaurian relatives.

They identified about a dozen fossils that preserved not only feathers, but, more importantly, the skin and scales surrounding the feet.

These fossils ranged from dromaeosaurs (the group of predatory dinosaurs that includes Velociraptor), such as Microraptor and Anchiornis, to more conventional-looking primitive birds, such as Sapeornis and Confuciusornis.

Working with my PhD student, Nathan Enriquez, and another expert on bird feet, Leah Tsang from the Australian Museum, we compared what we saw in the feet of the fossils to the feet of modern birds.

At the same time, Pittman worked with his PhD student, Case Miller, examining the sizes and shapes of the claws for further clues on how they were used.

At one end of the spectrum, we might expect something like Anchiornis – which has feathers but still had the long tail and features of a ground-based dinosaur – to have few or no indications of the aerial lifestyle of a more bird-like species, such as Confuciusornis.

But this turned out to be only partly true, and there were serious surprises along the way.

Most intriguing was Microraptor, the so-called “four-winged theropod” because it had long flight feathers on its legs and arms; a kind of dinosaurian biplane.

Its feet were almost indistinguishable from modern hawks, suggesting that Microraptor too was a skilled aerial predator capable of taking prey “on the wing”. This was not some clumsy dinosaur “learning” to fly.

In fact, a range of fish, lizards and mammals have all been found preserved in the gut of various Microraptor fossils, which supports the notion of a skilled aerial hunter.

Anchiornis, while similar in many respects to Microraptor (including a less developed “biplane” design), also had hawk-like feet. However, with limited flight capability, it would have had a more ground-based hunting approach.

The much more bird-like Confuciusornis and Sapeornis had feet well adapted for perching, but other lines of evidence tell us that Confuciusornis was a generalist, more like a magpie or a chicken.

Sapeornis, on the other hand, was a thermal soarer that might have supplemented its primarily herbivorous diet with meat, similar to some “herbivorous” vultures.

It’s equally wrong to think the earliest birds were somehow under-equipped compared to their modern relatives. Our findings help show that, just as birds today occupy a myriad of ecological roles, so too did the dinosaurs.

And they were superbly adapted, regardless of how good they were at flying.