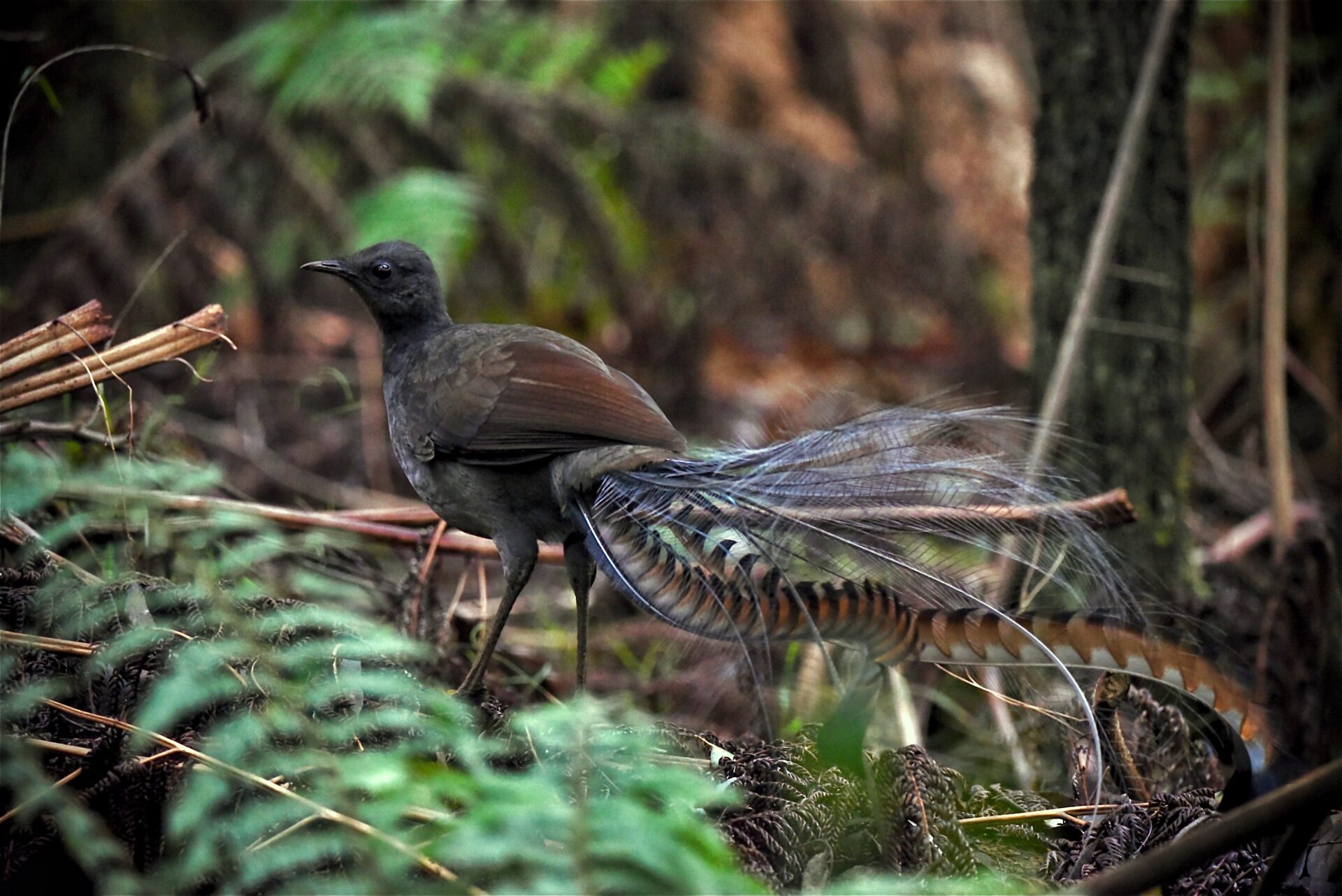 Home / News / Science and Research / That siren-imitating lyrebird at Taronga Zoo? He lost his song culture – and absorbed some of ours

A fortnight after five lions escaped at Sydney’s Taronga Zoo, an amused zoo visitor captured footage of Echo the superb lyrebird as he mimicked alarm sirens and evacuation calls with astonishing accuracy.

News outlets were quick to link the lyrebird’s alarm impersonation with the lion’s great escape. But while this tale made for a great headline, the truth of this story is far more interesting.

Superb lyrebirds are arguably the bird world’s greatest mimics. Using their phenomenal voiceboxes, males will sing elaborate songs and perfectly imitate sounds made by other birds to impress prospective mates.

Not only this, they share songs in a form of cultural transmission. In the wild, some songs become more popular while others wane. Think of it as pop charts for the bush.

But Echo was bred in captivity. He wasn’t exposed to wild song culture. Instead, he learned from what he was exposed to – and that includes “songs” like the alarm call. Echo had been practising this call for years to get it that good – not just the two weeks after the lions escaped.

The ability of these birds to imitate sounds is rightly world-famous. But for their song culture to continue, we need healthy wild populations. Otherwise, they could face a future like critically endangered regent honeyeaters, which are now borrowing mating songs from other birds.

Why do lyrebirds learn human-made sounds and songs?

Many of us are familiar with the famous sequence in David Attenborough’s Life of Birds where a lyrebird accurately imitates camera clicks, a chainsaw motor and construction sounds.

But most watchers wouldn’t have guessed the bird’s secret – it was bred in captivity. That’s why it was so good at imitating our sounds.

Similarly, Echo of Taronga Zoo was also captive-bred. Mimicking a human-origin sound such as the alarm is a behaviour not commonly seen in the wild, other than in heavily visited areas such as in Victoria’s Dandenong Ranges where wild lyrebirds may hear, say, human voices every day.

That’s because lyrebirds seem to learn which songs to sing by listening to their peers, rather than simply soaking up sounds around them like a sponge.

In Victoria’s Sherbrooke Forest, lyrebirds mimic the familiar melodic whip-crack of the whipbird above all other mimicked sounds. But in Kinglake forest just 60 kilometres north, the whipbird’s call was only the 12th most popular for local lyrebirds, while the calls of the grey shrike-thrush and laughing kookaburra took top billing.

This is culture – the songs and sounds are passed from one bird to the next, between generations, and undergo change over time.

But how do they do it?

It’s not magic – it’s a complicated organ. Our voicebox – the larynx – is in our throats. But birds have theirs – the syrinx – further down, at the bottom of their windpipes. As they breathe out, they pass air through the syrinx to make their calls and songs.

Remarkably, many songbirds can control airflow from each lung, meaning they can produce sound in mono or stereo and have greater control over the types of sound they can make. They can use one side of the syrinx, both together, or switch back and forth.

Lyrebirds take it a step further again. They have fewer pairs of muscles around their syrinx, but the ones they do have are extremely well adapted to the job of making sound. Some lyrebird researchers believe this may be the reason they can produce such an extraordinary range of sounds, but this has yet to be conclusively shown.

Even so, they’re not born superstars. Young lyrebirds struggle to reproduce mimicked sounds as perfectly as adult lyrebirds can. This suggests a lyrebird’s voice improves over years of practice.

Added to that is the dancing. Male courtship displays involve dance moves accompanying their song. That’s a cognitively challenging task, which is why not all of us are capable of being K-Pop stars.

To combine song and dance needs a large and well-developed brain. And that, after all, may be the point – the male’s ability to coordinate and song with dance is thought to be the key selection criteria for females choosing their mates.

Why does bird culture matter?

Imagine if Echo was inspired by the lions and escaped. How would he fare in the wild? It’s unlikely he’d ever manage to impress a mate with his “evacuate now” mimicry and siren song. It’s as if a human was raised by wolves – it would be all but impossible to reintegrate.

The reason why we watch videos of Echo and find them amusing is because we are instinctively drawn to animal behaviour we can make sense of through our own. Animals acting like humans is amusing and appealing for us. But, alas, there’s a serious point here.

Take the critically endangered regent honeyeater, which once flew through box-ironbark forests in dense, raucous flocks. Now there are only 300 or so left in the wild.

With a population this low, the species loses not only genetic diversity but culture as well. Regent honeyeaters are losing their courtship songs, because the young birds simply don’t have enough peers to listen to and learn from. Without peers, some males only sing the songs of other species.

While lyrebirds are good survivors during natural disasters, there’s no room for complacency. The Black Summer fires put the superb lyrebird at real risk from habitat loss as well as introduced predators. If we’re not careful, the lyrebird too, could lose its culture and its songs.