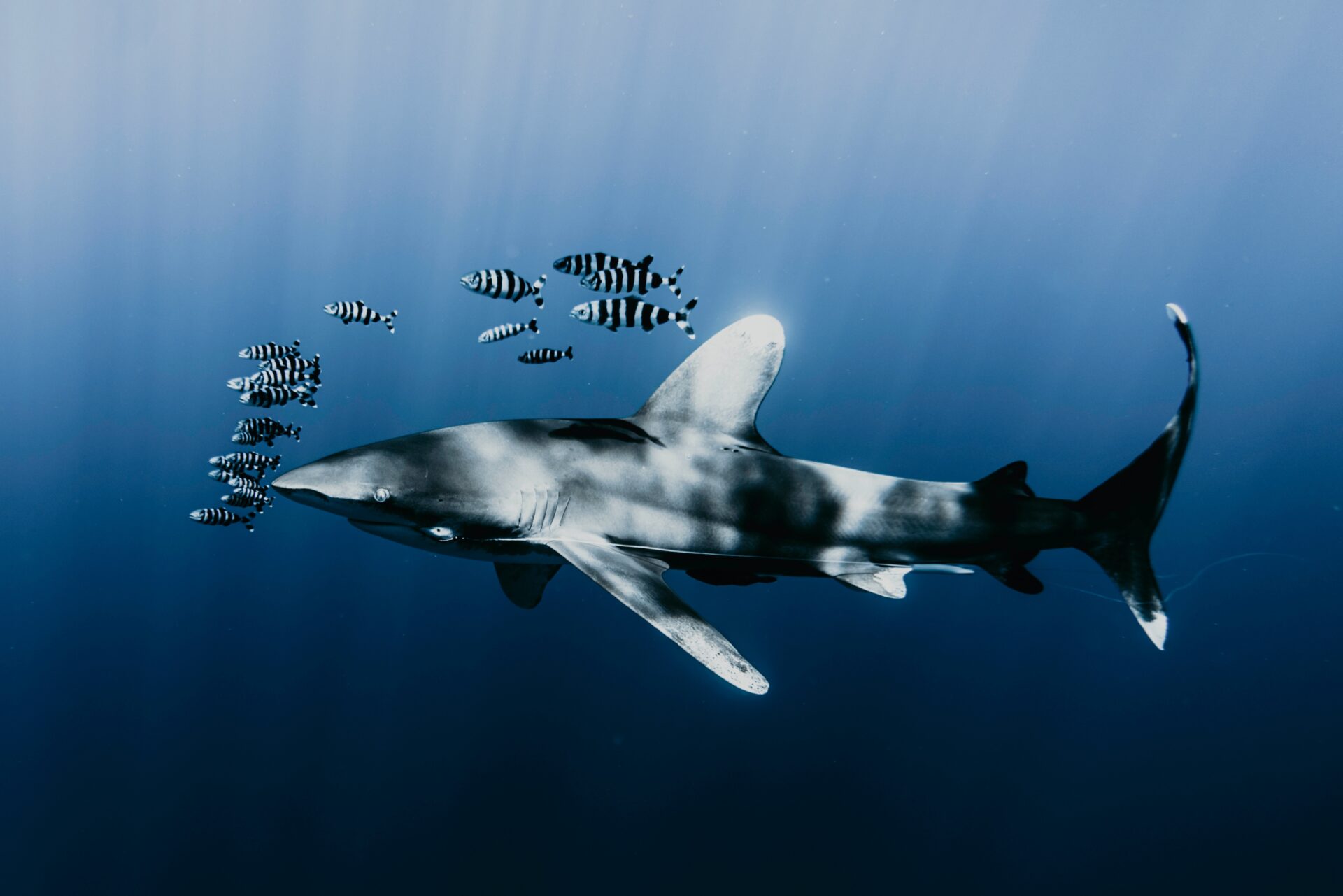 Home / News / Science and Research / How do fishes scratch their itches? It turns out sharks are involved

How do fishes scratch their itches? It turns out sharks are involved

Imagine you’re a big yellowfin tuna, miles from shore out in the blue, swimming around carefree, until you start to feel a little itch near your eye. Maybe it’s just a scratch that’s healing, or maybe it’s a tiny crustacean nibbling into your skin.

What do you do? You don’t have hands to pick it off. You don’t have cleaner wrasses nearby to carefully pluck it off for you like you might on a coral reef.

While poring over thousands of hours of video showing the denizens of the open ocean going about their lives, we discovered how tunas and other fishes solve this problem. The answer might be the last thing you’d think of: sharks.

In new research published in PLOS One, we found fishes living in the open ocean, like tunas, use sharks to scratch against.

The scratching is likely to remove parasites, dead skin, and other irritants. These fishes are hosts to a diverse array of parasites, but their environment provides them few options for removal.

Our research recorded scraping interactions among several fish and shark species across the Pacific, Indian and Atlantic oceans. We found fish preferred to scrape on sharks rather than on other fish. Size also mattered, with smaller fish being less likely to scrape on bigger sharks, perhaps due to the risk of being eaten.

Shark skin is made up of small tooth-like structures called dermal denticles. It feels like sandpaper (and in pre-industrial times it was used for that purpose), making it a particularly suitable surface against which to scratch.

We found fishes tended to scratch their head and sides more than other parts of their body. This is where many of the areas most heavily impacted by parasite damage are found, including the eyes, nostrils, gills, and the lateral line system down the sides of a fish’s body.

We also found fish species differed in the way they scraped. Tunas were quite orderly, lining up behind the shark and taking turns to brush against the tail. Rainbow runners were unruly, forming a school around the back half of the shark and darting out in turns to bump against its body.

We discovered this behaviour while analysing thousands of hours of underwater video taken with baited camera systems left to drift at sea. We reviewed the footage, and identified, counted, and measured all individuals we observed.

The data we gathered is important to determine population trends. But while watching these videos, we also noticed some unusual behaviours.

First we saw a huge yellowfin tuna approaching a silky shark from behind, gently rubbing against its tail before cruising off. Before long saw a similar interaction between another yellowfin and another silky shark.

Eventually, we observed similar interactions between several different fish and shark species from all corners of the globe, and logged the details of each interaction.

The open ocean is the largest habitat on the planet, yet it is challenging to study.

As a result, there are very few direct observations of the natural behaviour of animals in the open ocean. Interactions between these animals are not only intriguing because they may be new to us but also because of their possible implications.

Parasite removal has clear fitness benefits, and fitter animals are more likely to reproduce and pass on their genes to the next generation. These fishes may therefore be deriving a benefit from scraping against sharks.

This raises the question of what would happen if shark numbers become too low for fishes to find their scratching posts. Would there be a net loss of fitness in these fishes?

This is an important question given the rapid decline of shark populations in the global ocean. Some species have declined by up to 92% off the Queensland coast of Australia.

The continued decline of shark populations could have knock-on effects through the loss of relationships such as those we describe.

We only observed scraping in remote regions with relatively healthy populations of sharks and large tunas, both of which are heavily exploited in other areas. Remote locations offer a window into the functioning of intact ecosystems and the weird and wild things going on in the ocean that we are still yet to discover.

Marine protected areas have been shown to conserve behaviours in sharks and fishes. The introduction of more of these areas could help restore and preserve these behaviours.

We will continue sampling offshore waters and remote regions.

This work may reveal other species involved in these interactions or other intriguing behaviours with conservation implications. __