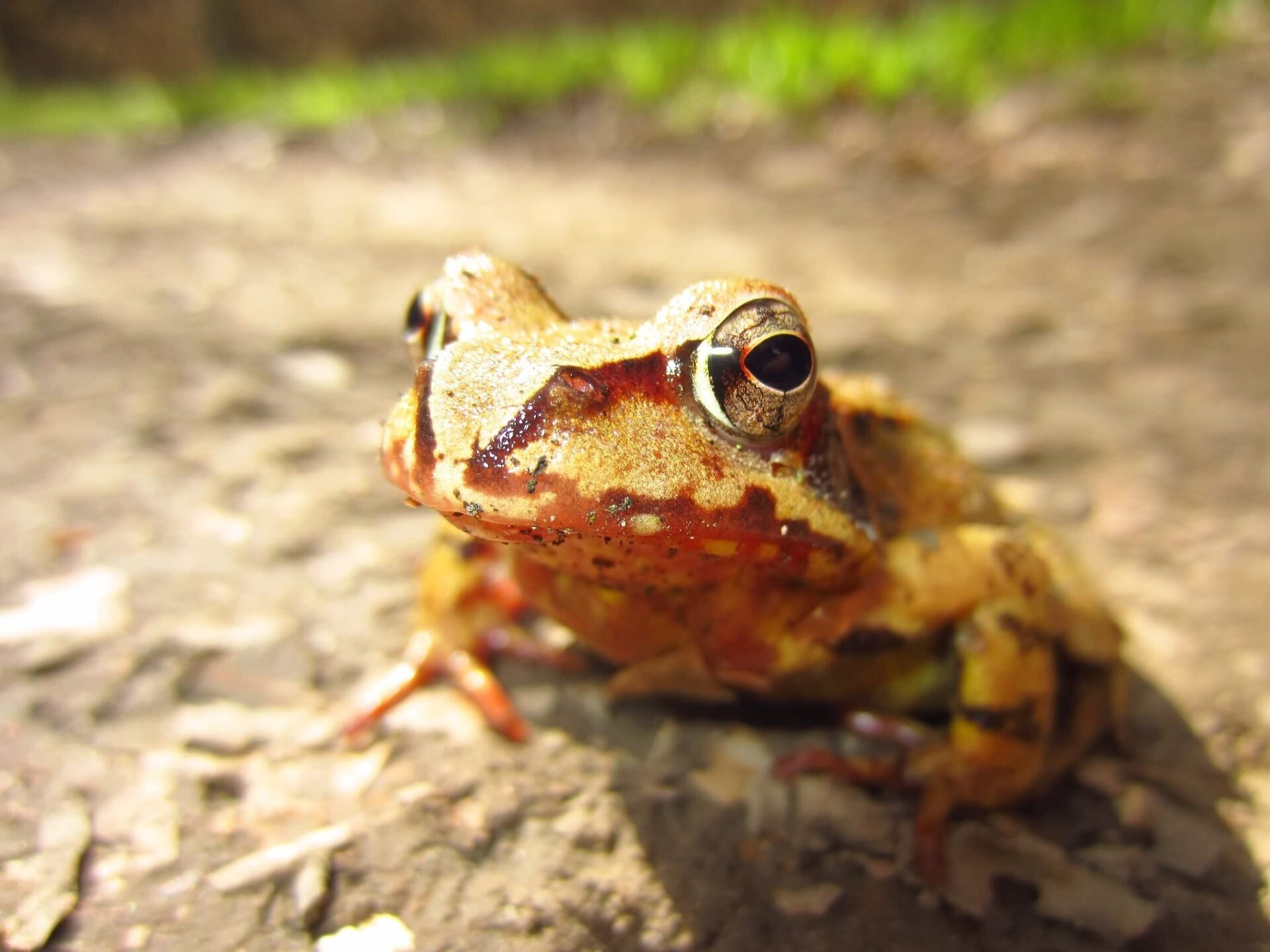 Environmental scientists see flora, fauna and phenomena the rest of us rarely do. In this series, we’ve invited them to share their unique photos from the field.

Frogs are among the world’s most imperilled animals, and much of the blame lies with a deadly frog disease called the amphibian chytrid fungus. The chytrid fungus has caused populations of over 500 frog species worldwide to plummet, and rendered seven Australian frogs extinct.

Our new research, however, has identified an endangered frog species that seems to have developed a natural resistance to the disease, after having previously succumbed to it in prior decades: Fleay’s barred frog (Mixophyes fleayi).

Fleay’s barred frog grows up to 9 centimetres long, and lives near gravelly streams in the rainforests of northern New South Wales and southeast Queensland. It is not the only frog species largely resistant to the disease, with a precious few others also known to survive it, such as common mistfrogs and cascade treefrogs.

We speculate that other frog species worldwide may be on a similar trajectory. There is currently no cure for the chytrid fungus, but understanding how Fleay’s barred frog and others are fighting back may prove instrumental in helping us bring more species back from the brink.

The amphibian chytrid fungus (Batrachochytrium dendrobatidis) causes a skin disease and breached Australian borders in the 1970s. Since then, the disease has caused populations of dozens of species to severely decline, and has driven seven to extinction, including the gastric brooding frogs and southern day frogs.

It wasn’t until 1998 that two independent research teams discovered the fungal pathogen was to blame. This unfortunately meant much of the damage was already done prior to its discovery.

Similarly, Fleay’s barred frog wasn’t distinguished as being a separate species of barred frog before the chytrid fungus caused its populations to decline across its range in the 1980s. It became extinct in at least three places it once lived.

But our research suggests the Fleay’s barred frog is bouncing back. Over four years, we conducted intensive field research at several rainforest streams in northern New South Wales to investigate the prevalence and intensity of infection within Fleay’s barred frog populations.

We found while some frogs with high-level infections died, most seemed capable of clearing their infections.

Frogs are fighting back

Surveys in the late 1990s detected up to 15 Fleay’s barred frogs at the sites we studied. But during our investigations, we regularly found close to 100. Moreover, other researchers have noted that these frogs are relatively common across many rainforest streams, suggesting populations of Fleay’s barred frog have recovered.

We implanted 686 frogs with microchips and tested frogs for the chytrid fungus via a skin swab every time they were captured. This allowed us to follow these frogs over four years to learn about the population’s death rates and infection dynamics.

We confirmed the prevalence of the chytrid fungus and the intensity of its infection was influenced by environmental conditions. Specifically, it was greatest with lower temperatures and higher rainfall.

This may help explain why we have witnessed mass death events in Australian frogs during recent wet winters along the eastern seaboard.

In addition to investigating the deadliness of a chytrid fungus infection, we also estimated the rates with which individuals were gaining and clearing infections.

We found infections were poor predictors of death. Only the highest pathogen loads were associated with an increase in rate of deaths, but frogs were very rarely infected with such high burdens.

Instead, frogs were much more likely to clear their infections than to gain them, ultimately leading to a low infection prevalence in the populations. On average, just one in five frogs were likely to be infected at any given time.

For those infected, pathogen loads were among the lowest we observed in rainforest frog communities. Some of the other species, such as the cascade treefrog, stony creek frog and giant barred frog, carried loads that were 30% higher.

How this could help save frogs

So why can the frogs now deal with a disease that decimated populations just a few decades ago? This question is unfortunately still hard to answer.

Given their low pathogen loads and high rates of clearing them, we believe Fleay’s barred frogs have developed natural resistance against the chytrid fungus, meaning their immune systems are actively combating infections. We further speculate that other species worldwide may be doing the same.

A promising avenue of conservation research is to use the genetic information of some species to help others survive threats in the wild, such as disease or climate change. Fleay’s barred frogs may carry just the genes we’re looking for.

We now hope to use these resistant frogs for a reintroduction program in nearby Wollumbin (Mount Warning) in NSW, where the species disappeared from in the 1990s. This approach may help the ecosystem of this iconic World Heritage site to thrive.