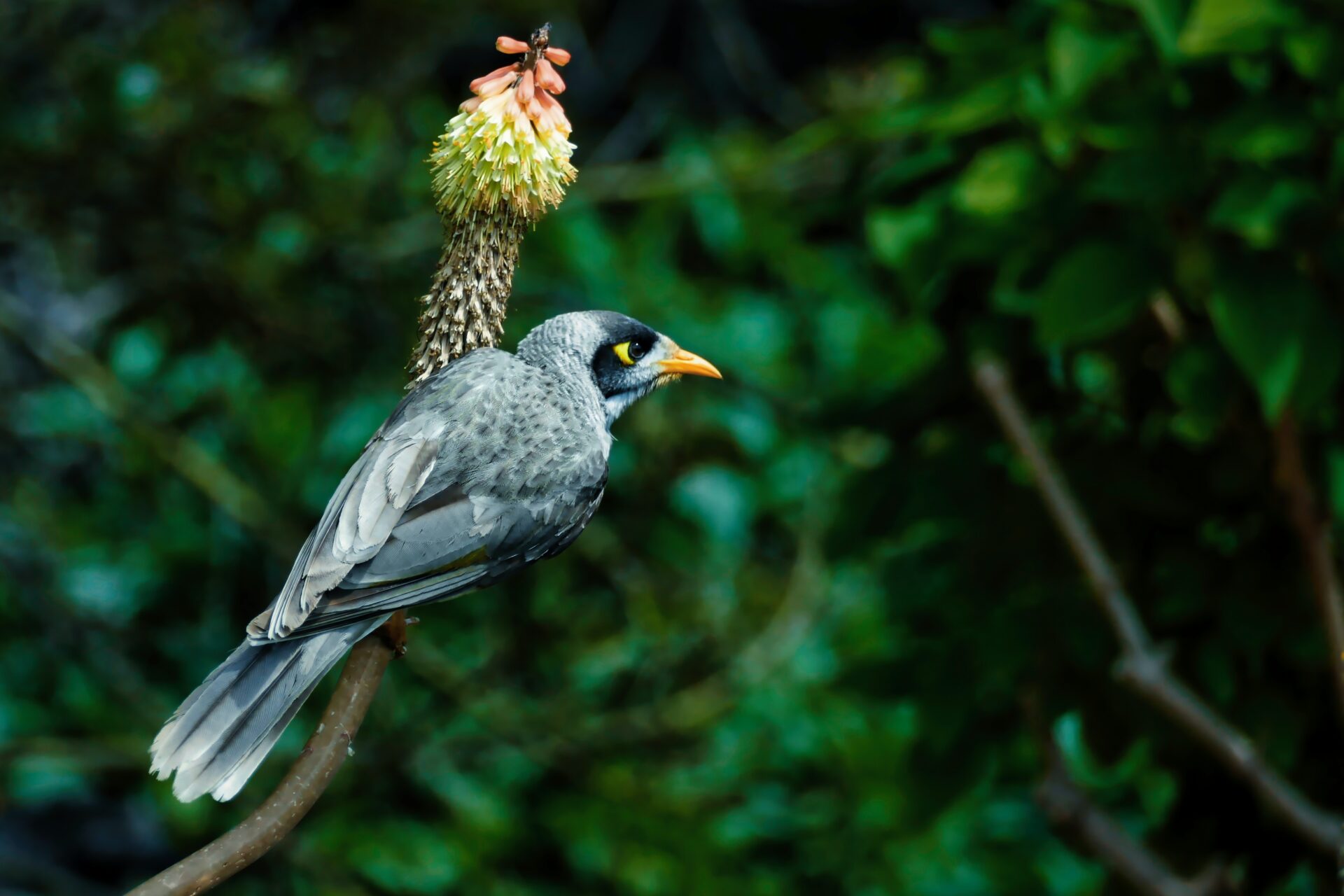 Noisy miners are complicated creatures. These Australian native honeyeaters live in large cooperative groups, use alarm calls to target specific predators, and sometimes help raise the young of other miners. But they’re perhaps best known for their aggressive and coordinated attacks on other birds – a behaviour known as “mobbing”.

We conducted a study investigating some of the possible factors that influence mobbing. We were interested in whether access to human food left on plates at cafes, or a high nectar supply thanks to planted gardens, might give urban miners extra energy and time to mob other species more often. We also examined whether miners were more aggressive towards some species over others.

Our study, published in the journal Emu – Austral Ornithology, found it wasn’t cafes with access to sugar-rich food that led to more miner aggression. In fact, gardens were where we recorded the highest amount of aggressive behaviour.

Understanding mobbing is important, because this behaviour can drive out other birds and reduce diversity. Smaller birds with a similar diet to noisy miners are particularly vulnerable.

The noisy miner’s preferred habitat is along the edges of open eucalypt forest, including cleared land and urban fringes. Their numbers have grown in recent decades, presenting a significant conservation problem.

We know from previous research that urban noisy miners tend to be more aggressive compared with rural populations.

But to examine mobbing behaviour more closely, we placed museum taxidermies (stuffed animals) of different species of birds in three different types of habitat around Canberra:

For each habitat, we then presented the resident noisy miners with three different types of museum taxidermy models of birds: 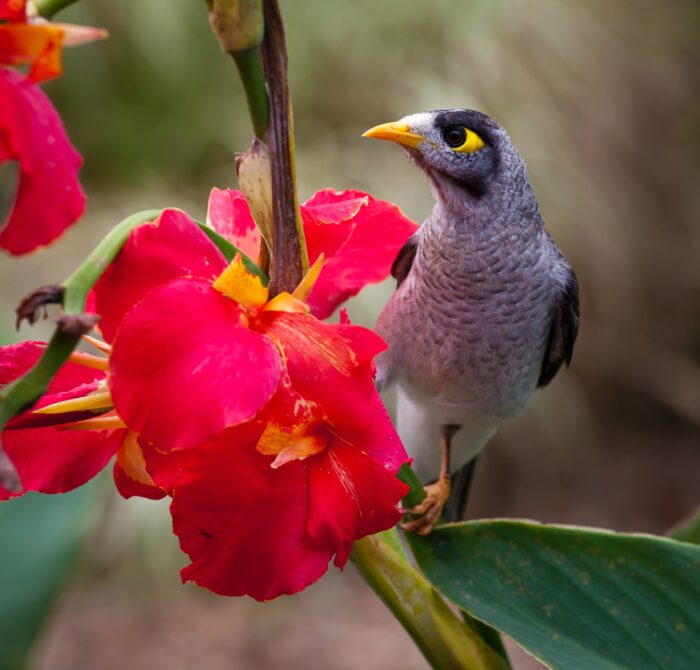 We found interesting differences in how miners responded to our taxidermy models and the broadcasted alarm calls.

Noisy miners exhibited aggressive behaviours for a much longer time in gardens and cafés in comparison to natural bush areas.

Nectar-rich plants (such as grevilleas and bottlebrushes) are attractive to birds with a sweet tooth, and miners are no exception. Newer cultivars flower for longer, meaning miners living in our gardens may have access to an almost year-round source of food.

Ready access to these flowering shrubs may affect aggression by providing more time, energy or reward to noisy miners defending these uber-rich resources.

More miners were attracted to an area and mobbed the subject for longer when the model was of a predator.

What can gardeners do with these findings?

Our research shows the importance of considering how gardens – whether in back yards, in parks or new housing estates – can affect local ecosystems, including bird behaviour. Previous studies have drawn a link between the types of plants humans choose to plant and the local mix of bird species.

To reduce the risk of creating a perfect habitat for despotic miners in your garden, aim to: