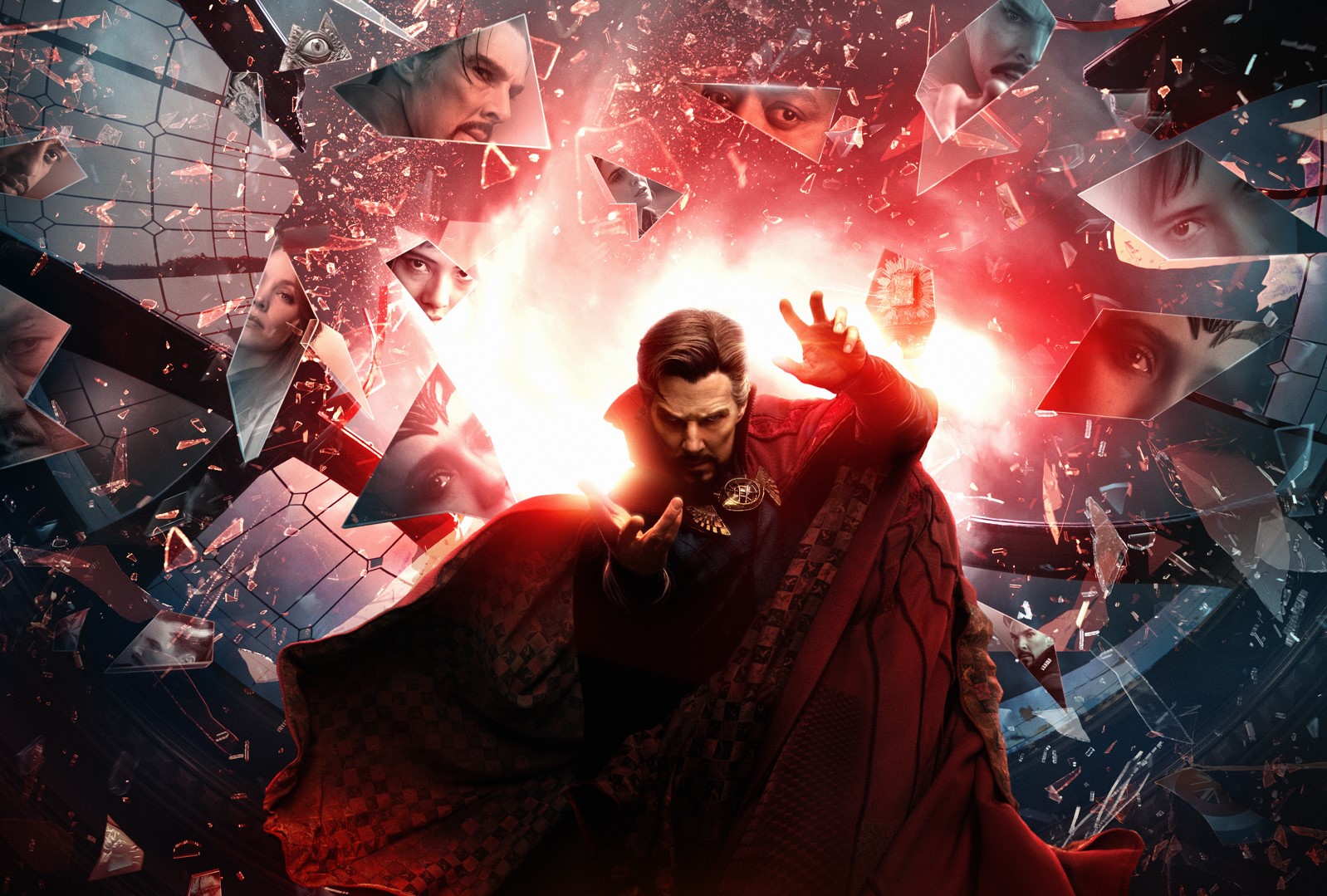 The 28th instalment of the MCU premiered on the 5th of May, and I attended the midnight screening at Belgrave cinema to see it. It’s no doubt that with such a star-studded and talented cast, the reviews from fans have been mostly positive. Directed by Sam Raimi, Dr. Strange and the Multiverse of Madness utilises the horror elements Raimi is known for to create a tense, ‘on the edge of your seat’ style of film.

The movie drags us through multiple universes, with Dr Strange (Benedict Cumberbatch) and America Chavez (Xochitl Gomez) as they try to stop Wanda (Elizabeth Olsen) from stealing America’s powers. Our first introduction to the multiverse was, of course, during the LOKI series of Disney+, where Loki met multiple versions of himself. Due to this, it was no surprise to most when the trailers showed multiple Stephen Stranges. Fans dove headfirst into the trailers as they were released, theorising over every voice and scene.

The movie had high expectations to live up to, and it most certainly made big leaps to reach them.

One major reveal, is that the Illuminati (a group of Earth’s 838 strongest leaders), which consists of Reed Richards (John Krasinski) aka ‘Mr. Fantastic’, Chitwetel Ejiofor in a reprisal of his role as Baron Mordo, Hayley Atwell makes a live action appearance of her What If? character, Captain Carter, Lashana Lynch plays Maria Rambeau (universe 838’s Captain Marvel), Patrick Stewart (despite claiming he would not appear in the movie!) also reprised his role of Professor Charles Xavier. Another ‘surprise reprise’, if you will, was made by Anson Mount, who played Black Bolt in the 2017 Inhumans show on ABC.

As always, the movie was filled with fun easter eggs, guest appearances, and loads of comic book references.

The overall tone and style of the newest marvel instalment, really proves that marvel movies are ageing with their fans: this isn’t your typical Iron-man satire.

Instead, Raimi and the cast truly went above and beyond to create a grown-up movie filled with comedy and fan-favourite guests.

Dr Strange in the Multiverse of Madness is currently screening at Belgrave Cinema.

You can get your tickets online or at the cinema.