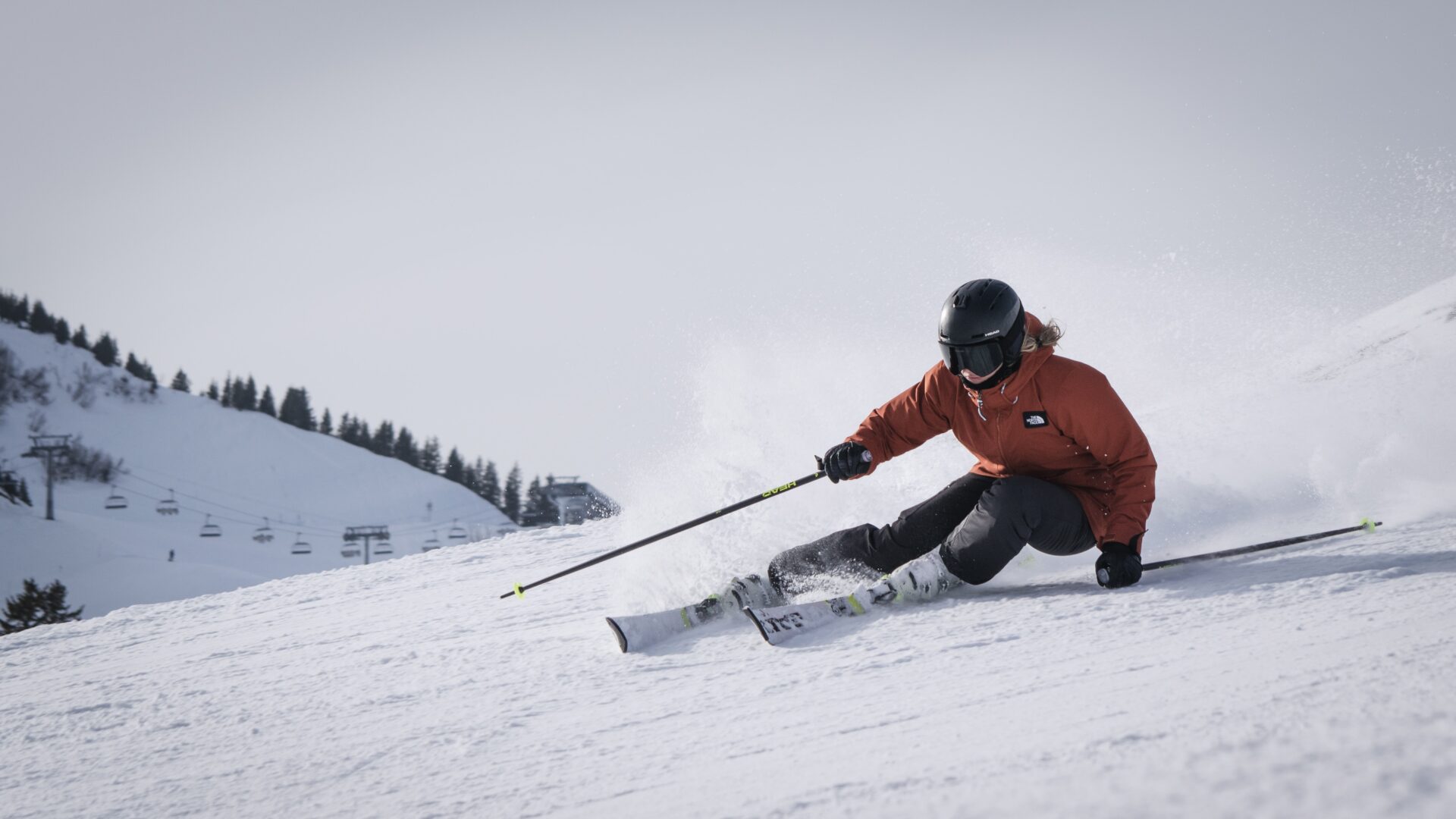 How do Olympic freestyle skiers produce their amazing tricks? A biomechanics expert explains

There have been some incredible acrobatics on display in Beijing, with Australia’s Jakara Anthony scoring gold in the women’s moguls this week.

How do these athletes pull off such incredible feats of manoeuvrability, and land them (mostly)?

The mechanics of freestyle acrobatics

Freestyle skiers and snowboarders have to produce as much lift-off force as they can before they leave the ground, as it’s impossible to generate lift once airborne.

They do this by optimising their take-off speed before the ramp and extending their knees and hips when they jump. They can also initiate rotation just before take-off, by leaning forwards, backwards, or even slightly sideways.

You’ll have some sense of how this works if you’ve ever tried a somersault or backflip on on a trampoline. But the goal for professional skiers is to control the rotation with acute precision.

The more they lean, the greater the rotational force and the faster their spin will become. This rotational momentum, created just before lift-off, is all the athlete has to execute their aerial trick.

Many trampolines have nets to protect jumpers from the consequences of this going awry. But out on the snow, and with the world watching, there’s little room for error. Perfect posture is very important.

Once they’re in the air, they can start to tune their body to complete the desired manoeuvre. This often involves changing their posture mid-flight, such as by tucking their limbs in tight to increase the rate of spin, as needed for a somersault.

Part of athletes’ training is learning exactly what sort of posture causes what sort of rotation in the air – and how they need to tuck, extend or position their limbs to optimise the rotation. Add skis and poles or a snowboard to the picture, and this exercise becomes much more complex.

It doesn’t stop there though. Sometimes a somersault will also incorporate twisting – rotation along the long axis of the body. This is where things get even more challenging.

Remember how athletes can’t really create external force in the air? How do they change their rotation if they can’t push or pull against something solid?

Well, this process also begins just as they’re leaving the ground. They will try to set up a second rotation axis before they take-off, leaning slightly to the right or left, or pushing off harder with one foot than the other, to initiate the twist.

If they’re already in mid-air, they may strategically manipulate their arms and hips to change somersault rotation into twisting, or vice versa.

You may have seen an athlete moving their arms and hips in an asymmetrical fashion at the top of their run. That’s not them practising their latest dance move – they’re rehearsing the movements required to change rotation after take-off.

Cats can rotate their torsos incredibly well while in the air. That’s how they land on their feet!

While a freestyle athlete is upside down, in the midst of their trick, they need to simultaneously look for a spot on the ground to plant their feet. You may have noticed them grab their skis or snowboard while looking at the landing.

To slow their twisting, they can spread our their arms. Similarly, to slow down a somersault they’ll spread out their arms and legs to slow the rotation. This is called increasing the moment of inertia.

Once they’re in an extended posture, instinct and gravity do the rest, bringing them safely (mostly) back to earth. Their knees and hips work as natural shock absorbers to help slow their fall. Touch down!