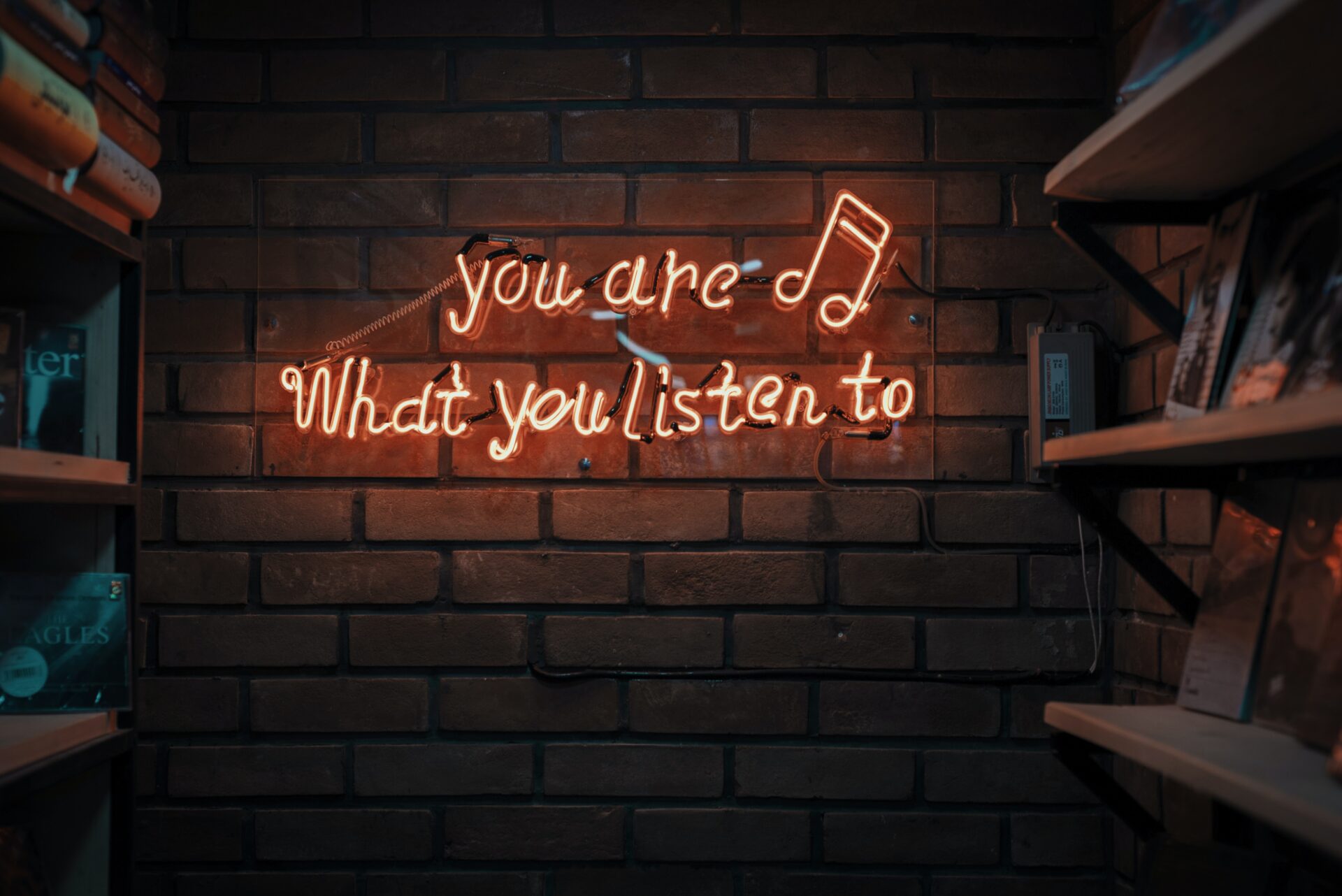 It is that time again, New Music Monday.  This week, our playlist has a range of music from your favorite artists and some you may never have heard of.

In spot number one this week, we have Nessa Barret with I Hope Ur Miserable Until Ur Dead.

Nessa Barret is an American singer, songwriter, and former TikTok personality from New Jersey. Barrett rose to prominence on the video-sharing app TikTok in 2019, though she has since transitioned into making music. Barrett began her music career in mid-2020 with the release of her debut single “Pain”. Barrett will release her debut EP Pretty Poison on September 10, 2021.

Cole Chase Hudson, known professionally as Lil Huddy, is an American internet celebrity, singer, and actor, known for his relationship with Charli D’Amelio, co-founding the TikTok collective the Hype House and popularising the e-boy fashion style and subculture.  According to Billboard, he is one of the top 10 music influencers on TikTok, with over 30 million followers, and one of the most influential people on the platform. He has also been cited by Paper as an important figure in the 2020s pop-punk revival.

Michael Ian Olmo, known professionally as Ian Dior, is a Puerto Rican-born American rapper, singer, and songwriter. In 2020, he was featured on 24kGoldn’s single “Mood”, which peaked at number one on the Billboard Hot 100 and became his first and highest-charting song.

Travis Barker is an American musician who serves as the drummer for the rock band Blink-182. He has also performed as a frequent collaborator with hip hop artists, is a member of the rap-rock group Transplants, founded the rock bands +44 and Box Car Racer, and thereafter joined Antemasque and Goldfinger. Barker was a frequent collaborator with the late DJ AM, and together they formed TRV$DJAM. Due to his fame, Rolling Stone referred to him as “punk’s first superstar drummer” as well as one of the 100 greatest drummers of all time.

Born in Fontana, California, Barker began drumming at an early age. He began playing for the Aquabats in 1996 but left to join Blink-182 in 1998, which encountered mainstream success with Enema of the State (1999). Barker established himself as a versatile drummer, producing and making guest appearances in music projects of numerous music genres including hip hop, alternative rock, pop and country. He also starred in an MTV reality series named Meet the Barkers. He was involved in a plane crash in 2008, but he recovered and released his debut solo album, Give the Drummer Some, in 2011. He has continued to work with rappers, releasing extended plays with Yelawolf and Asher Roth and Nottz, as well as with Blink-182 and the Transplants.

Aside from drumming, he founded the clothing company Famous Stars and Straps in 1999 and LaSalle Records in 2004. Companies such as DC Shoes and Zildjian cymbals have co-designed products in his name. He released a memoir, Can I Say, Living Large, Cheating Death, and Drums, Drums, Drums, in 2015.

Tyson Ritter is an American singer, songwriter, musician, actor, and model. He is best known as the lead vocalist, bassist, pianist, and songwriter of the multi-platinum-selling American alternative rock band the All-American Rejects. As an actor, Ritter appeared as Dane on Amazon Video’s Betas, recurred as rock musician Oliver Rome on NBC’s Parenthood, and has had supporting roles in films, including The House Bunny (2008) and Miss You Already (2015). In 2018, Ritter played recurring characters on two television series on AMC, Preacher and Lodge 49. Ritter joined the main cast of Preacher for its final season in 2019.

In spot number three we have, Against The Current and The Ready Set with a cover of  I Wanna Get Better originally by Bleachers.

ATC is an American pop-rock band based in Poughkeepsie, New York, that formed in 2011. The band currently consists of lead vocalist Chrissy Costanza, guitarist Dan Gow, and drummer Will Ferri. The group gained a sizable online following after posting covers of various popular songs on YouTube.

Jordan Mark Witzigreuter known professionally as Onlychild and formerly as The Ready Set is an American singer-songwriter from Fort Wayne, Indiana, United States. He is the lead vocalist and sole member of the act, using a backup band while on tour. He has released five studio albums, Syntax and Bright Lights, Tantrum Castle, I’m Alive, I’m Dreaming, The Bad & the Better, and I Will Be Nothing Without Your Love, six extended plays and seven singles. He is best known for the commercially successful single “Love Like Woe” from his major-label debut I’m Alive, I’m Dreaming.

As of July 2019, Witzigreuter has begun a new project, now using the name “Onlychild.” He has released six singles and a four-track EP Solstice under this name. Witzigreuter is also a part of the synthpop band Nekokat, alongside Cameron Walker, and Jess Bowen of The Summer Set.

Taylor Moss is a 25-year-old country-pop artist, born in Ulladulla NSW, lives in Sunshine Coast QLD. She made her first recording at age 15 in AC/DC’s Sydney studio. Taylor didn’t so much choose the Country Genre as it chose her, a guitar gifted from her late uncle guided her towards songs with stories performed by musicians with heart.
She got her break at Urban Country Music Festival 2012 winning their talent quest and made a finalist at Tamworth’s prestigious 2015 Toyota Star Maker comp.  Taylor has so far released 6 singles, each one helping her to edge closer to revealing her signature sound, variously described as Coastal Cowgirl, The Ain’t Princess and Boujee Country. During the 2020s Zombie Apocalypse Taylor worked with producer Stuart Stuart (The Veronicas, Sheppard) . The collaboration delivered 2 awesome country-pop tunes, the first of which ‘Aint No Girly Girl’ was released back in late 2020. The single was added to Spotify’s Fresh Country playlist on release, she was made Fresh Country Cover star for three weeks over Christmas and the track has been in the top ten for the past three months clocking up 1 million streams making Taylor Moss the most streamed Australian Female Country Artist on Spotify in 2021 so far.

Finally, in spot number five, we have The Veronicas with If You Love Someone.

The Veronicas are an Australian pop duo from Brisbane. The group was formed in 2004 by identical twin sisters Lisa and Jessica Origliasso.

In 2005, the Veronicas released their debut studio album, titled The Secret Life of…, which peaked at number two on the Australian Album Chart and was certified 4× platinum by the Australian Recording Industry Association (ARIA) for selling over 280,000 copies. The album spawned five singles, led by “4ever”, three of which were top ten singles in Australia. In 2007, the duo released their second studio album, Hook Me Up, which also peaked at number two in Australia and was certified 2× platinum for selling over 140,000 copies. The album garnered four Australian top ten singles. The album’s title track, “Hook Me Up”, was the Veronicas’ first number-one single in Australia, while “Untouched” was an international top ten hit.

Following a lengthy hiatus (broken only by the July 2012 release of the Australian top-40 single “Lolita” and various gigs for their fans), in September 2014, the Veronicas released “You Ruin Me”, the first single from their self-titled third studio album. The song debuted at number one on the ARIA Charts, becoming the women’s second chart-topping single and their first to debut in the top spot. It also charted in the United States and the United Kingdom. The album was released both physically and digitally on 21 November 2014. In 2016, they hosted the ARIA Music Awards. They spent most of the period between 2016 and 2021 releasing gold and platinum singles in Australia, leading to the release of both their fourth and fifth albums, Godzilla and Human, in May and June 2021, respectively. In October 2020, the sisters were announced as competing celebrity contestants on the fifth season of The Celebrity Apprentice Australia in 2021.