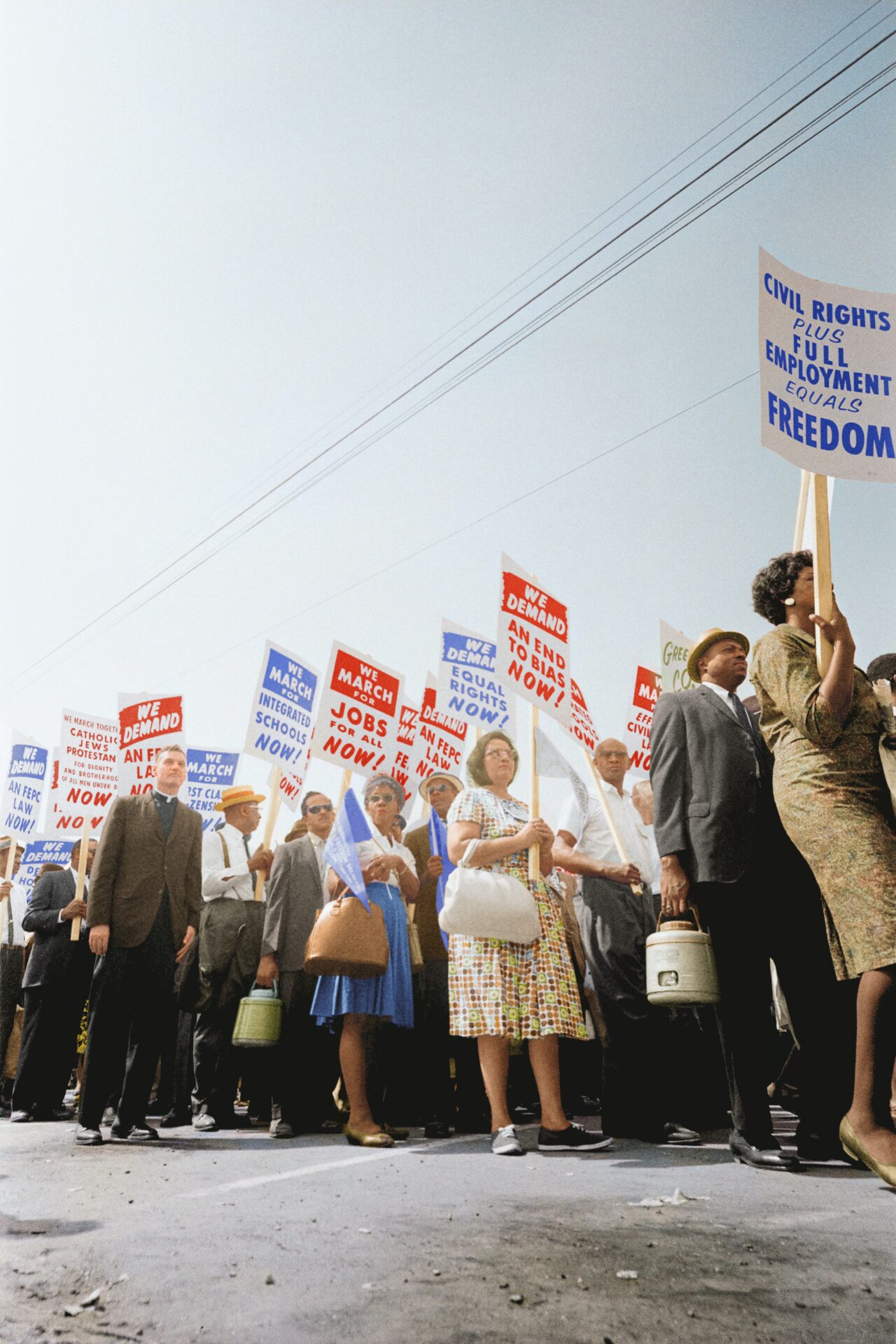 Home / News / Culture / Public protest or selfish ratbaggery? Why free speech doesn’t give you the right to endanger other people’s health

Thousands of demonstrators took to the streets in major Australian cities at the weekend, to protest the rolling lockdowns that have formed a central part of the government response to the COVID pandemic.

In some cases, the protests were illegal and in breach of lockdown orders. More seriously still, the protests in Sydney took place even as the Delta variant spreads ominously across New South Wales.

Commentators and political leaders called out the protesters, asserting they were “selfish boofheads” engaging in “ratbaggery”.

But what are the ethics of protesting lockdowns in a time of lockdowns? There are several issues to unpack: free speech, science denial, and the health threat the rallies pose to the public. And it’s the last of these three that presents significant ethical problems.

Why should we protect protests?

There are three important arguments in favour of giving people the right to free speech, especially when it takes the form of protesting government policy.

First, free speech is a human right. Article 19 of the United Nations’ Universal Declaration of Human Rights proclaims the respect we are owed as humans includes being able to speak out and share our ideas with others.

Second, speaking out and protesting are important parts of living in a democracy. Just as we must all be allowed to vote, so too should we be free to come together in open and honest debate.

Third, as the philosopher and politician John Stuart Mill famously argued in On Liberty, if we don’t allow dissenting and unpopular views to be heard, we lose the opportunity to challenge and hone our own beliefs.

Read more:
Is protesting during the pandemic an ‘essential’ right that should be protected?

These three arguments are at their strongest when people are doing their best to think carefully and rationally. In fact, being “endowed with reason” is invoked in the very first article of the Universal Declaration, to support human freedom and dignity. As such, we arguably have a duty to think responsibly, alongside our right to speak freely.

So should views that seem to spurn rationality and scientific evidence be tolerated? There’s good reason to think the answer is still “yes”.

Even if we agree that science provides an extraordinary mechanism for unearthing truths about the world, scientists are still human beings, and their institutions remain vulnerable to mistake, bias, groupthink, corruption and (yes) even conspiracy. Indeed, scientific progress occurs precisely because its findings remain open to challenge, and are rigorously reviewed before they are published.

Read more:
Coronavirus anti-vaxxers aren’t a huge threat yet. How do we keep it that way?


Moreover, public policy is never purely about science. Science can only tell us what is, not what we should do. Justifying lockdowns is also a matter of moral judgements about the importance of life and health, freedom and rights, livelihoods and fairness, and more. Reasonable people can disagree about these matters.

What about when protest is harmful?

The above arguments imply we should be wary of outlawing political protest. But at the same time, they don’t imply speech can’t be limited to prevent harm.

The most ethically worrisome part of the protests in Melbourne and Sydney (apart from specific instances of violence, against both people and animals) was the danger they presented to the community. 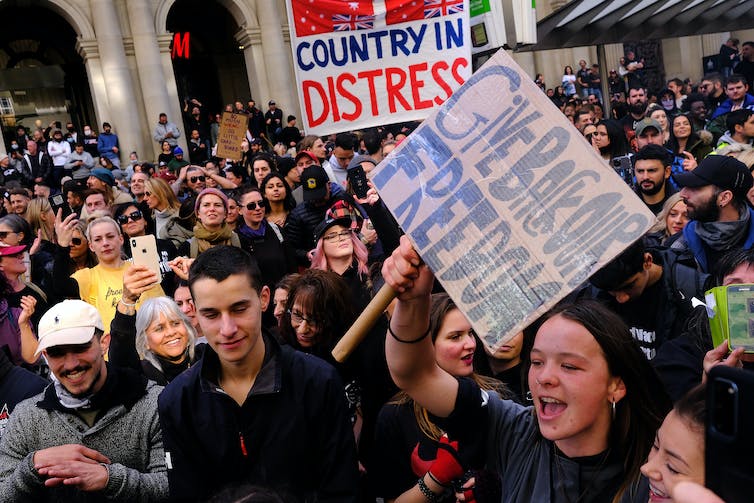 The most ethically troubling aspect of the rallies is that many protesters seem to believe the coronavirus isn’t dangerous, meaning their actions put the wider community at risk. John Ascui/AAP Image

By defying lockdown orders, and masking and social-distancing requirements, the marchers created an opportunity for community transmission of COVID. In Sydney, in particular, there is every chance some protesters were infected with the virus.

Besides risking serious harm to others, further outbreaks might force the NSW government to extend the current lockdown — the polar opposite of what the protesters wanted.

Still, there may be cases in which harmful protests are justified. Many ethicists argued this was true of the Black Lives Matter protests in the United States in the wake of George Floyd’s murder, where the need to respond to racial injustice arguably outweighed the risks of spreading COVID.

Perhaps the difference simply comes down to some grievances being more genuine, informed, and socially important than others. But even if this rightly shapes how we morally judge the protesters in each case, it remains unsettling if official responses and arrests are based on how ethically worthy political leaders think protesters’ grievances are.

Harm, belief, and the rule of law

There is one key difference between the Black Lives Matter protests and Australia’s anti-lockdown protests that is worth considering. At least some of the anti-lockdown protesters seemed to behave as if they were entitled to decide what was or wasn’t harmful to the community at large, and to proceed on that basis. Many of the protesters evidently don’t believe the coronavirus is a serious danger, so they felt free not to worry about spreading it.

But this isn’t how democracy or the rule of law works. Citizens can’t act on their own opinions about the harms they are happy to inflict on others, precisely because we will all have different views on such matters. That’s why we need laws, and democratic processes to create them.

If that’s right, the problem isn’t just that protesters were “selfishly” putting their interests ahead of other people’s. The deeper concern is that they acted as if their beliefs could rightly determine the harms they were willing to visit on others. And that is a much more serious charge.

Read more:
Many anti-lockdown protesters believe the government is illegitimate. Their legal arguments don’t stand up