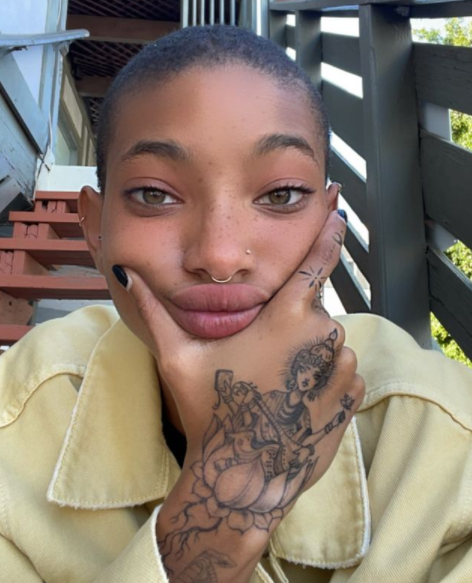 New Music hitting our playlist this week includes WILLOW, Conan Gray, Anne-Marie, Yours Truly, John Mayer and so much more!

In spot number one, we have WILLOW, Avril Lavigne, and Travis Barker with G R O W.

Willow Camille Reign Smith, also know as WILLOW, is an American singer, rapper, actress, dancer and songwriter. Smith made her acting debut in 2007 in the film I Am Legend and later appeared in Kit Kittredge: An American Girl alongside Abigail Breslin.

In 2010, Smith launched her music career with the single “Whip My Hair”, which peaked at number 11 on the Billboard Hot 100 and was nominated for Video of the Year at the BET Awards of 2011. Smith later signed to her record label Roc Nation, becoming the youngest artist signed to the label. In 2021, Smith released the single, “Transparent Soul” featuring Travis Barker, which reached number one on the Billboard Rock Streaming chart.

Avril Ramona Lavigne is a Canadian singer, songwriter and actress. Lavigne’s debut studio album, Let Go (2002), is the best-selling album of the 21st century by a Canadian artist. It yielded the singles “Complicated” and “Sk8er Boi”, which emphasized a skate punk persona and earned her the title “Pop Punk Queen” from music publications. She is considered a key musician in the development of pop-punk music since she paved the way for female-driven, punk-influenced pop music in the early 2000s.

Travis Barker is an American musician who serves as the drummer for the rock band Blink-182. He has also performed as a frequent collaborator with hip hop artists, is a member of the rap rock group Transplants, founded the rock bands +44 and Box Car Racer, and thereafter joined Antemasque and Goldfinger. Barker was a frequent collaborator with the late DJ AM, and together they formed TRV$DJAM. Due to his fame, Rolling Stone referred to him as “punk’s first superstar drummer” as well as one of the 100 greatest drummers of all time.

Conan Gray is an American singer and social media personality. Originally from Georgetown, Texas, he started out uploading vlogs, covers and original songs to YouTube as a teenager. Gray signed a record deal with Republic Records in 2018, where he released his debut EP Sunset Season (2018). His debut studio album Kid Krow (2020) debuted at number 5 on the US Billboard 200, making it the biggest US new artist debut of 2020. Kid Krow included the commercially successful singles “Maniac” and “Heather”.

In spot number three, we have Anne-Marie with Beautiful.

Anne-Marie is an English singer. She has attained charting singles on the UK Singles Chart, including Clean Bandit’s “Rockabye”, featuring Sean Paul, which peaked at number one, as well as “Alarm”, “Ciao Adios”, “Friends”, “2002” and “Don’t Play”. Her debut studio album, Speak Your Mind, was released on 27 April 2018 and peaked at number three on the UK Albums Chart. She was nominated for four awards at the 2019 Brit Awards, including Best British Female Solo Artist. In 2015, she signed a record deal with Asylum (a sub-label of Atlantic Records) and began releasing her work through the label. Since 2021, she has been a coach on the tenth series of The Voice UK.

Spot number four goes to Yours Truly with Walk Over My Grave.

Lastly, in spot number five we have John Mayer with Shot In The Dark.

John Mayer is an American singer, songwriter, guitarist, and record producer. Born and raised in Fairfield County, Connecticut, Mayer attended Berklee College of Music in Boston, but left and moved to Atlanta in 1997 with Clay Cook. Together, they formed a short-lived two-man band called Lo-Fi Masters. After their split, Mayer continued to play local clubs, refining his skills and gaining a following. After his appearance at a 2001 South by Southwest Festival, he was signed to Aware Records, and eventually to Columbia Records, which released his first extended play Inside Wants Out.