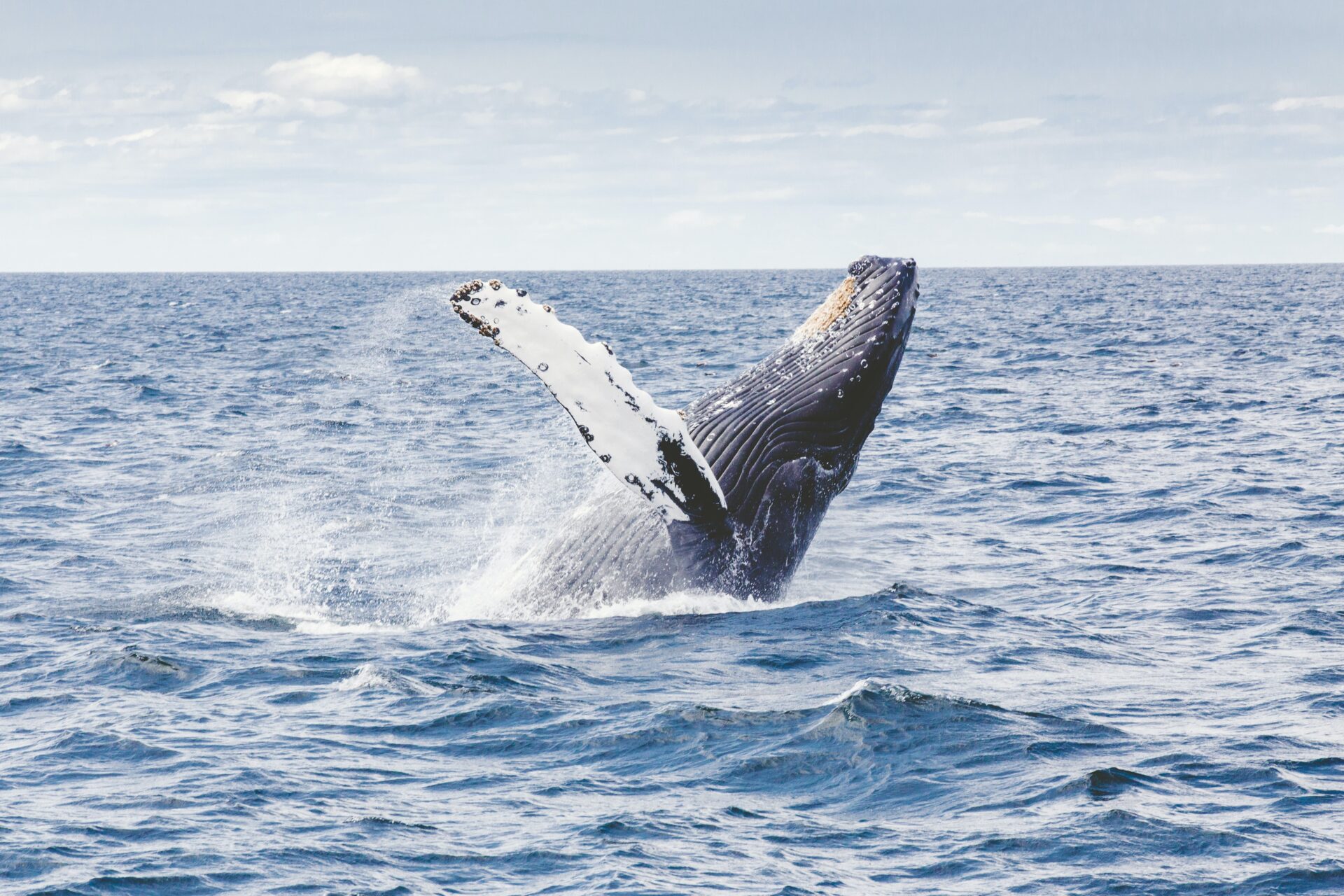 Home / News / News / If you see something, say something: why scientists need your help to spot blue whales off Australia’s east coast

If you see something, say something: why scientists need your help to spot blue whales off Australia’s east coast

Blue whales, the largest animals to ever live, are surprisingly elusive.

They’re bigger than the biggest dinosaur ever was, capable of growing over 30 metres long and can weigh over 100 tonnes — almost as long as a 737 plane and as heavy as 40 elephants. They also have one of the loudest voices, and can talk to each other hundreds of kilometres across the sea.

Why, then, are they so difficult to find in some parts off Australia?

My new research paper recorded only six verified sightings of the pygmy blue whale off Sydney in the last 18 years. Two of these occurred just last year. This blue whale subspecies is known to mostly occur along Australia’s west coast.

Rare sightings like these are important because pygmy blue whales are a “data deficient” animal. Every opportunity we have to learn about them is crucial to help us better protect them.

Blue whales down under

Don’t let its name fool you, the pygmy blue whale can still grow shockingly large, up to 24 metres in length. It’s one of two blue whale subspecies that occur in Australian waters – the other being the Antarctic blue whale, the biggest whale of them all at around 33 metres long.

Unfortunately, historical whaling hunted blue whales to near extinction in the Southern Ocean. The Antarctic blue whale was depleted to only a few hundred individuals and, while they’re slowly bouncing back, they’re still listed as critically endangered by the International Union for the Conservation of Nature (IUCN).

In contrast, we know little about pre- and post-whaling numbers for pygmy blue whales. Their listing as a data deficient species by the IUCN means we don’t have a full understanding of their population status.

One reason may be because blue whales are logistically challenging to study. For example, blue whales don’t just hang around in one area all the time. They’re capable of swimming thousands of kilometres for food and to breed.

They can also hold their breath for up to 90 minutes underwater, which can make them hard to spot unless they’re near the surface. To see them, people need to be in the right place at the right time.

This may require scientists to be on dedicated research vessels or in a plane to spot them, which can be expensive and weather-dependent.

This also makes learning about them much harder compared to other, more accessible species, such as coastal bottlenose dolphins.

To learn more about pygmy blue whales in Australia, marine scientists have developed a variety of techniques, including listening to whales talking, taking skin samples and satellite tagging.

While this work is useful, it has focused mainly in areas where pygmy blue whales are known to occur, such as southern and western Australian waters.

Pygmy blue whales are known to feed in the Perth Canyon, Western Australia, and between the Great Australian Bight and Bass Strait during summer. They most likely breed in the Indian and western Pacific Oceans during winter.

But we don’t know much about pygmy blue whale presence in other parts of Australian waters, such as the east coast.

How can we conserve a species we know very little about?

Well, it can be tricky. The more information we know, the better we’re placed to assess their conservation needs. But focusing our efforts on species we know nothing about may require a conservative approach until we learn more.

Some would argue it’s better to protect a species we know needs our conservation dollar before spending precious resources on something uncertain.

Fortunately, Australia has some of the world’s best protection policies for marine mammals, including whales. This means a precautionary approach is already in place to protect these creatures.

And on an international level, Australia is a signatory to the International Whaling Commission (the global body for whale conservation) and the Convention on International Trade of Endangered Species (which ensures wildlife trade doesn’t threaten endangered species).

To help uphold this international and national protection, scientists must continue to learn more about data-deficient animals like the pygmy blue whale to help safeguard against known and future threats.

This includes collisions with ships, overfishing, entanglement with fishing gear, increased human activity in the ocean, and climate change, which may affect when and where whales occur.

There are more than 14,600 animal species listed as data deficient by the IUCN.

Some, like the pygmy blue whale, are poorly studied. One reason is because they’re cryptic or boat shy, such as the Australian snubfin dolphin.

Or, they might be tricky to see, such as the false killer whale, whose sightings remain irregular in Australian coastal waters. Opportunities to learn more about them occur when they become stranded.

So while citizen science sightings of pygmy blue whales may be rare off the Australian east coast, they do help contribute to our understanding of their distribution in Australian waters.

The two sightings of pygmy blue whales off Maroubra, Sydney, last year were within two months of each other. This was thanks to drones (flown under state rules).

This prompted my research review of blue whale sightings off Sydney, which found citizen scientists made similar sightings in 2002 – the first official sighting from land off Sydney — and between 2012-14.

We don’t know exactly what type of pygmy blue whales these are (three distinct groups are recognised: the Indo-Australian, New Zealand and Madagascar groups). However, whale calls detected along Australia’s east coast in previous years suggest they’re most likely New Zealand pygmy blue whales, and they could have been heading to breeding waters north of Tonga.

So, the next time you are by the sea, keep a look out and tell a scientist via social media if you see something interesting. You just never know when the world’s biggest, or shiest, animal may turn up out of the blue.