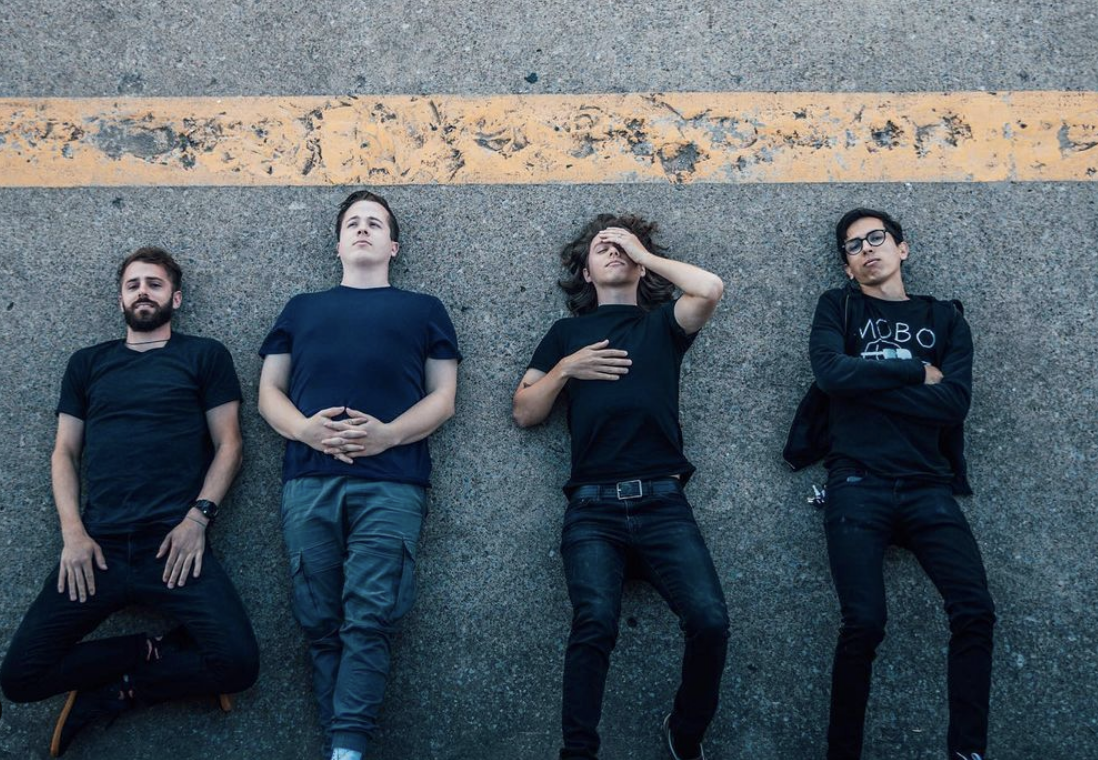 In spot number one this week, we have Cinders with Sleep Walking.

Cinders is a trio from Salt Lake City, Utah that has released two albums with a third on the way. Their sound can be described as rowdy acoustic pop towards a leaner indie sheen, while never losing their signature sense of nostalgia and mega-melodic audio adventure.

Spot number two goes to BTS with Permission to Dance.

BTS also known as the Bangtan Boys, is a seven-member South Korean boy band that began formation in 2010 and debuted in 2013 under Big Hit Entertainment. Originally a hip hop group, their musical style has evolved to include a wide range of genres. Their lyrics, often focused on personal and social commentary, touch on the themes of mental health, troubles of school-age youth and coming-of-age, loss, the journey towards loving oneself, and individualism. Their work features references to literature and psychological concepts and includes an alternative universe storyline.  Having sold over 20 million albums on the Gaon Music Chart, BTS is the best-selling artist in South Korean history and holds the best-selling album in South Korea with Map of the Soul: 7. They are the first and only Asian and non-English speaking act to be named the IFPI Global Recording Artist of the Year (2020) and to chart on Billboard‘s Top Touring Artists of the 2010s (placing at number 45).

In spot number three, we have The Kid LAROI & Justin Bieber with Stay.

Charlton Kenneth Jeffrey Howard, professionally known as The Kid LAROI, is an Australian rapper, singer, songwriter, and record producer. He is from one of the many Indigenous Australian Nations, the Kamilaroi people from which he derived his artist name “Laroi”. Born in Waterloo, New South Wales, he originally gained recognition from his association and friendship with late rapper Juice Wrld, who mentored him while he was on tour in Australia. Laroi gained a local following before joining a partnership agreement with Lil Bibby’s Grade A Productions and Columbia Records. He became known outside Australia with his song “Let Her Go”, and gained further popularity with his song “Go” featuring Juice Wrld, which peaked at number 52 on the Billboard Hot 100. His debut mixtape F*ck Love (2020) peaked at number one on the Australian ARIA Charts, making him the youngest Australian solo artist ever to reach the top. It also reached number three on the US Billboard 200.

Justin Drew Bieber is a Canadian singer. He was discovered by American record executive Scooter Braun and signed with RBMG Records in 2008, gaining recognition with the release of his debut seven-track EP My World (2009) and soon establishing himself as a teen idol. Often referred to as the “Prince of Pop”, his versatile cross-genre approach towards music and showmanship have received critical acclaim and recognition.  He is one of the best-selling music artists of all time, with estimated sales of over 150 million records worldwide. He is credited with three Diamond certifications from the RIAA for “Baby”, “Sorry” and “Despacito”. He has received numerous accolades, including 28 Guinness World Records, two Grammy Awards, a record of 21 MTV Europe Music Awards, 20 Billboard Music Awards, 18 American Music Awards, two Brit Awards, four MTV Video Music Awards, and a Latin Grammy Award. Time named Bieber one of the 100 most influential people in the world in 2011, and he was included on Forbes‘ list of the top ten most powerful celebrities in 2011, 2012, and 2013. Outside of his music career, he also starred in the concert films Justin Bieber: Never Say Never (2011) and Justin Bieber’s Believe (2013), while his personal issues were chronicled in the documentary series Justin Bieber: Seasons (2020).

Kane Brown is an American singer and songwriter. Brown first came to the attention of the public through social media. He released his first EP, titled Closer, in June 2015 and followed it with a new single, “Used to Love You Sober”, in October 2015. After Brown signed with RCA Nashville in early 2016, the song was included on his EP Chapter 1, released in March 2016. He released his first full-length album, the self-titled Kane Brown, on December 2, 2016. The single “What Ifs” came from this album, and in October 2017, Brown became the first artist to have simultaneous number ones on all five main Billboard country charts. Brown released his second album, Experiment, in November 2018, which became his first number one album on the Billboard 200.

Finally, in spot number five, we have Bakerboy & G-Flip with My Mind.

Danzal Baker OAM, known professionally as Baker Boy, is an Indigenous Australian rapper, dancer, artist, and actor. A Yolngu man, Baker Boy is known for performing original hip-hop songs incorporating both English and Yolŋu Matha. He was made Young Australian of the Year in 2019, and his song “Cool as Hell” was nominated in several categories in the 2019 ARIA Awards. In 2018, he won two awards at the National Indigenous Music Awards and was named Male Artist of the Year in the National Dreamtime Awards.

Georgia Flipo, known professionally as G Flip, is an Australian singer, songwriter, producer, drummer, and musician from Melbourne, Victoria.  In February 2018 they uploaded their debut single “About You” to Triple J Unearthed and that same day their track was premiered on Triple J. The song was officially released on 2 March 2018. Pitchfork named it “Best New Track”  and the music video, filmed on their iPhone, was featured in YouTube’s New Music Playlist. Pining international interest in their project, Flipo was subsequently invited to play their first-ever solo show at SXSW in Austin, Texas the following month. Flipo’s follow up track “Killing My Time” was released in May 2018. In November 2018, Flipo was nominated for a J Award as Unearthed Artist of the Year and was the inaugural winner of the ARIA Emerging Artist Scholarship. In December 2018, Flipo performed “Proud Mary” and “Blame It on the Boogie” at the ABC’s “The Night is Yours” New Year’s Eve Celebration 2018 at the Sydney Opera House, and their song “About You” was featured in Season 2, Episode 10 of The Bold Type. In January 2019, “About You” was polled at number 38 and “Killing My Time” at number 62 in the Triple J Hottest 100, 2018. In July 2019, G Flip won Breakthrough Independent Artist of the Year at the Australian Independent Record Labels Association (AIR) Awards. Their debut studio album was released on 30 August 2019.