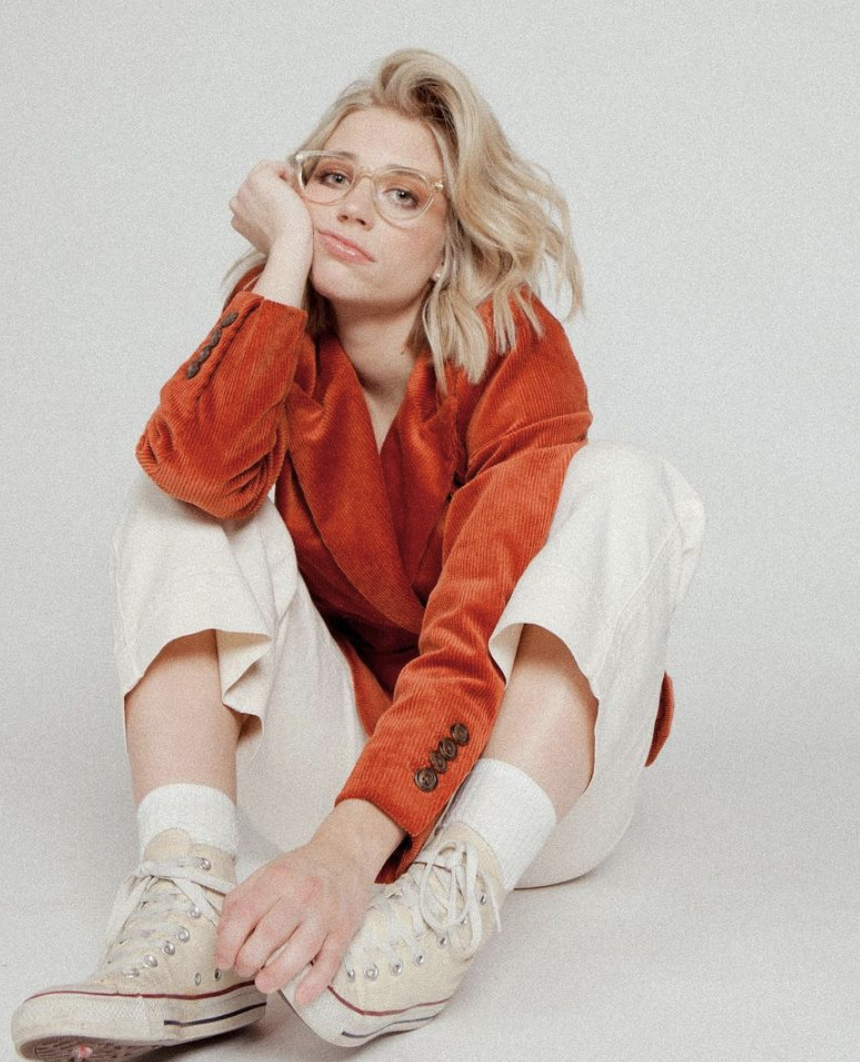 In spot number one we have Josie Dunne with Ohh La La.

Josie Dunne is a pop singer/songwriter with a soulful bent, as illustrated by her 2018 debut single “Old School.” Over the next year, she delivered a succession of upbeat singles including streaming hits like “Ooh La La” and the Matoma collaboration “Sunday Morning.”  She is a native of La Grange, Illinois and began performing when she was in middle school. During high school, she performed regularly at bars and restaurants throughout the Chicago area. She signed with Warner/Chappell publishing in 2014. A few years later, she relocated to Nashville and sealed a deal with Atlantic, who released her single “Old School” in early 2018. The EP To Be the Little Fish followed later that year. She also teamed up with Norwegian producer Matoma for the rousing dance/soul track “Sunday Morning,” which became a streaming hit and widened her audience significantly. Throughout 2019, Dunne issued a steady stream of singles, finding success with songs like “Same” and “Ooh La La,” both of which were later rolled into her EP, Late Teens/the Early Twenties…Stay the Way I Left You.

Spot number two goes to LOVA with Dance For The Hell Of It.

LOVA emerged as Sweden’s most in-demand new musical export in 2018 with a combination of truthful and thought-provoking and massive melodies. She has received a nomination in the category of “Best New Artist at the P3 Guld Awards 2018 and ” Best Pop” at the same show in 2019, this is the Swedish equivalent to the BRIT Awards. Plus, Youtube Music proclaimed her an “Artist to Watch” for 2019. In total LOVA has released two EP’s;  “Scripted Reality” and  “A Gentleman’s Guide”. Her Debut album “Grown-ish” is out now!

In spot number 3, we have Tate McRae and Khalid with working.

Tate McRae is a Canadian singer, songwriter, and dancer. At the age of thirteen, she gained prominence as the first Canadian finalist on the American reality TV show So You Think You Can Dance. McRae caught the attention of RCA Records in 2019 after her original song “One Day” (2017) went viral on YouTube, subsequently releasing her debut EP, All the Things I Never Said (2020). McRae soon gained wider recognition after her song “You Broke Me First” became an international hit. In 2020, McRae was the youngest musician featured on Forbes‘ 30 Under 30 list. Since the release of her debut ep, she has been collaborating with many big names like Aligatie, Regard, Troye Sivan, KC Lights and now Khalid.

Khalid Donnel Robinson is an American singer and songwriter. His most known hits are “Talk”, “Better”, “Love Lies” and “Young Dumb & Broke”; and his most known collaborations are with Benny Blanco and Halsey on “Eastside”, with Ed Sheeran on “Beautiful People”, with Marshmello on “Silence” and with Logic and Alessia Cara on “1-800-273-8255” single. He is signed to Right Hand Music Group and RCA Records.

In March 2017, Khalid released his debut studio album, American Teen. The album spawned the US top-20 singles “Location” and “Young Dumb & Broke”, and was later certified double platinum by the Recording Industry Association of America (RIAA).

Later that year he was featured on Logic’s US top-ten single, “1-800-273-8255”, with Alessia Cara, which earned him a Grammy Award for Song of the Year nomination. The following year Khalid released the number-one pop songs, “Love Lies” with Normani and “Eastside” with Benny Blanco and Halsey, both of which tied the record for longest-charting songs on the Mainstream Top 40 chart and reached the top-10 on the Billboard Hot 100. In September 2018, Khalid released the number-one Rhythmic song, “Better”, as the lead single from his top-10 EP, Suncity. In April 2019, he released his second studio album, Free Spirit, which debuted atop the Billboard 200 chart. The lead single “Talk”, peaked at No. 3 in the US, and earned him a Grammy Award for Record of the Year nomination. In 2021, Khalid teamed up with Canadian singer Tate McRae for “Working”. It was released on June 17, 2021.

In spot number four we have, Tyler Shaw with North Star.

Tyler Shaw is a Canadian singer and actor. He was the winner of the “MuchMusic Coca-Cola Covers Contest 2012” organized by the Canadian music cable channel MuchMusic. This led him to release his debut single, “Kiss Goodnight”, through Sony Music Canada in December 2012. The song was certified Gold by Music Canada in April 2013. Shaw’s debut studio album, Yesterday, was released on September 4, 2015, by Sony Music. His second album Intuition was released on September 28, 2018, also by Sony Music.

Mabel Alabama-Pearl McVey is an English-Swedish singer and songwriter. In 2017, she had her breakthrough with “Finders Keepers”, peaking at number eight on the UK Singles Chart. Her debut studio album, High Expectations (2019), entered the UK Albums Chart at number three and was certified gold. It included the UK top-10 singles: “Don’t Call Me Up”, “Mad Love” and “Boyfriend”. Mabel has received numerous awards and accolades, including the Brit Award for British Female Solo Artist in 2020.

In spot number six, we have Spacey Jane with Lots of Nothing.

Spacey Jane is an Indie rock garage band from Perth, Western Australia, who formed in 2016. The band consists of lead vocalist Caleb Harper, drummer and co-manager Kieran Lama, guitarist Ashton Hardman-Le Cornu and bass guitarist Peppa Lane; the latter of which replaced Amelia Murray following her departure from the band in July 2019.

Imagine Dragons is an American pop rock band from Las Vegas, Nevada, consisting of lead singer Dan Reynolds, lead guitarist Wayne Sermon, bassist Ben McKee, and drummer Daniel Platzman. The band first gained exposure with the release of their single “It’s Time”, followed by their award-winning debut studio album Night Visions (2012), which resulted in the chart-topping singles “Radioactive” and “Demons”. Rolling Stone named “Radioactive”, which holds the record for most weeks charted on the Billboard Hot 100, the “biggest rock hit of the year”. MTV called them “the year’s biggest breakout band”, and Billboard named them their “Breakthrough Band of 2013” and “Biggest Band of 2017”, and placed them at the top of their “Year In Rock” rankings for 2013, 2017, and 2018.  Imagine Dragons topped the Billboard Year-End “Top Artists – Duo/Group” category in 2018.

Finally, in spot number eight we have Sigala and Rita Ora with You for Me.

Bruce Fielder, known professionally as Sigala, is a British electronic dance music producer, DJ, and songwriter. He has had eight songs chart in the top 10 of the UK Singles Chart, including his 2015 debut single “Easy Love”, which samples “ABC” by the Jackson 5 and reached number one on the UK Singles Chart.

Rita Ora is an English singer, songwriter and actress. She rose to prominence in February 2012 when she featured on DJ Fresh’s single “Hot Right Now”, which reached number one in the UK. Her debut studio album, Ora, released in August 2012, debuted at number one in the United Kingdom. The album contained the UK number-one singles, “R.I.P.” and “How We Do (Party)”. Ora was the artist with the most number-one singles on the UK Singles Chart in 2012, with three singles reaching the top position.

Ora’s second studio album, Phoenix, was released in November 2018. The lead single, “Your Song”, reached the UK top ten, and the subsequent singles “Anywhere” and “Let You Love Me” reached the top five in the UK. “Let You Love Me” made Ora the first British female solo artist to have thirteen top ten songs in the United Kingdom.