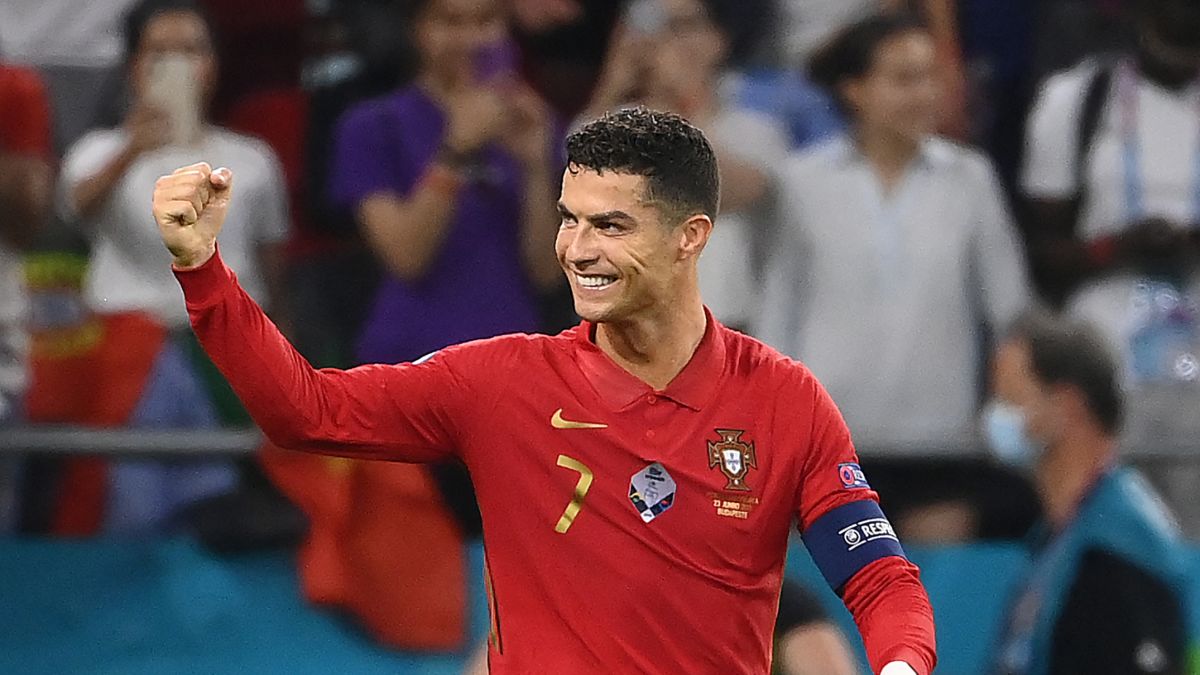 Home / News / Culture / The Euro knockouts are ready to go! Here's Jake's prediction for who will go all the way.

The Euro knockouts are ready to go! Here’s Jake’s prediction for who will go all the way.

The Group Stage is done and dusted at UEFA Euro 2020, and it’s time for Jake’s expert tips as the knockout stages begin. Let’s break down who is likely to become the next champion of Europe, from the Round of 16 to the Final!

DISCLAIMER: These are the predictions of one football fan who has watched the tournament up to this point and made his own judgments. If you are gambling on the tournament, please do so responsibly and be aware that these predictions will likely be incorrect at some stage.

Belgium vs Portugal: This is set to be one of the blockbuster clashes of the Second Round, featuring a Belgian side that hasn’t really got out of first gear but has still waltzed to victory in every game, up against the reigning European champions and Cristiano Ronaldo in record-breaking form. Belgium saw off a relatively easy group, their only real challengers being Denmark, who were always likely to be put off by their Matchday One tragedy. Portugal, meanwhile, limped into third place in the Group of Death behind France and Germany – but it’s important to remember that Portugal also finished third in their group five years ago on their way to being crowned champions. The key will be who shines on the day up front – Romelu Lukaku or Cristiano Ronaldo?

Italy vs Austria: For me, Italy look like the frontrunners for the title, and this is probably the easiest pick of the round. Austria was unconvincing despite their last-day win over Ukraine, and look like they will lack the firepower to break down an Italian side who haven’t conceded a goal in over 1,000 minutes of football. Italy demolished Group A, belting Turkey and Switzerland 3-0 before taking care of business against Wales. Austria, meanwhile, beat North Macedonia 3-1 before being beaten by the Netherlands and managing a narrow win over Ukraine. This one should be easy for the Italians, and their real task begins later in the tournament.

France vs Switzerland: It’s hard to tell whether this French team is not quite up to their standards, or if they struggled because of the sheer quality of Group F. Finishing with the lowest points total of any of the group winners, France only managed a win over Germany, drawing with both Hungary and Portugal. The knockout stage will be telling of where the team is truly at. However, regardless of whether they are firing on all cylinders, they should have more than enough to deal with a Swiss side that is lucky to be in this stage of the tournament. If not for an absolute travesty of a tournament from Turkey, Switzerland would have easily been dumped out in the group stage, particularly after their performance against Italy. This one should be an easy pick.

Croatia vs Spain: Ah, now this one is interesting. Both sides looked like the great disappointments of Euro 2020 after their first two games. Croatia looked toothless against England and a mere shadow of the World Cup runners-up when they drew with the Czech Republic. Spain, meanwhile, held 86% of possession against Sweden and couldn’t score a goal, and they were held to a draw by Poland. But something must have kicked both of their respective backsides on Matchday Three, as Croatia were impressive in beating Scotland 3-1 and Spain dominated Slovakia in a 5-0 humiliation. It’s hard to get a read on exactly what is going on with both of these sides, and either could come away with the win here. But, after that final matchday, I think there is one team that was clearly the more impressive.

Sweden vs Ukraine: Would not have picked this as a matchup after the first game! Sweden did superbly well to top their group, drawing with Spain before a narrow win over Slovakia and an impressive showing to beat Poland. They don’t look like a team with final credentials, but I wouldn’t put it past them to stage some upsets and go deep into the tournament. Emil Forsberg is on stellar goalscoring form. Ukraine, on the other hand, has shown mixed form. Their performances against the Netherlands and North Macedonia were impressive, but they failed to fire against Austria. Their chances will depend on the form of Andriy Yarmolenko and Roman Yaremchuk.

England vs Germany: What a game this is going to be! The English and the Germans are tremendous footballing rivals, and we’re being treated to a clash of the titans in the Round of 16 at Wembley Stadium, no less. But, I don’t think it’s any debate as to whose camp I’d rather be in heading into this game. England topped their group undefeated, but only scored two goals in their group stage campaign. That’s right. Two goals, both from Raheem Sterling, in three games. Germany, on the other hand, managed to power back from an opening day loss to France to finish second in the toughest group the European Championship has likely ever seen. Their win over Portugal was a huge performance. They have all the momentum here. I’m sorry, but it’s not coming home.

Netherlands vs Czech Republic: The Czechs were all the rage after their opening game against Scotland! Patrik Schick took the tournament by storm with one of the best goals we’ve ever seen at a Euros, and people began to wonder whether it was a one-off or if we could consider them to be genuine dark horses. The answer? I think it was a one-off. Managing only a penalty against Croatia and losing 1-0 to England, the Czechs don’t look any better than their third-place finish suggests. The Netherlands hasn’t been great either, but they put 3 goals past both Ukraine and North Macedonia and 2 past Austria. Even when they’re stuck in first gear, they look like a team with goals in them. The Czechs are just lucky to be in this game, honestly.

Wales vs Denmark: Why must you make me choose? Football fans all have a soft spot for the Welsh after their incredible run to the semi-finals at Euro 2016, and we’d love to see them do it again. Gareth Bale and Aaron Ramsey look like they’re playing excellent football, and they were the only team in Group A who stood up to Italy at all. But why did they have to be drawn against Denmark? Everyone’s second team for Euro 2020 after the earth-shattering events of that first day in Copenhagen, we’re all rooting for the Danish dark horses to go deep into this tournament. And honestly, they must fancy their chances after a very impressive 4-1 win over Russia to snatch qualification on the last day. As impressive as Wales have been, I think the Danish might be onto a run here.

Belgium vs Italy: Arrgh. I would have said that this should be the final. The FIFA world number one versus a team that hasn’t lost a match in 30 games, and hasn’t conceded a goal in over 1,000 minutes. This is a clash for the ages if it comes to be. I predict that this is where Italy’s long-running clean sheet will come to an end, and their ageing (and potentially injured) backline might be the chink in the armour that decides such a close contest.

France vs Spain: This one will depend on who manages to hit the ground running in their Round of 16 clashes. Both are footballing giants. Neither is at their best. Both have the potential to take the trophy. It could go either way, but I think the world champions might just have too much in the locker for a Spanish team that had a tournament rattled by the coronavirus disruptions to their preparations.

Sweden vs Germany: I think this is where Germany will start to emerge as an unexpected force to be reckoned with in this tournament. Once they set themselves deep into the knockout stage, Joachim Low’s side will be hard to stop – despite many predicting that they might be the weak link in the Group of Death. They should easily take care of the Swedes.

Netherlands vs Denmark: Please don’t make me do this. I’m sorry, Christian. But it was coming to an end somewhere, and I really think this Dutch side is just full of goals. Let’s hope for a belter of a game so that Denmark can go out as the shining stars of Euro 2020. Or, let’s hope I’m wrong. I’d be happy to be wrong.

Belgium vs France: Belgium must be banging their heads against the wall at their run into the final. Every single game in their path from the Round of 16 to Wembley has made me scratch my head about whether this might be a team capable of seeing off the Belgian golden generation. I’d hate to have to wager money on this one, but I think it might just come down to form. The French haven’t quite clicked at this tournament yet.

Germany vs Netherlands: This would have seemed an unlikely semi-final three years ago. The Germans crashed out of that World Cup in spectacular fashion; the Dutch weren’t even there. But these are two impressive sides. Either could win this semi-final clash if it comes true. Something just makes me lean towards Die Mannschaft. Their football has been more fluid, and that win over Portugal was mighty impressive.

There are plenty of teams that deserve to be at this stage in the competition. Italy. France. Portugal. Spain. I might be wrong (I often am), and there are some tight calls, but if I’m right, this will be a tremendous final. These are two sides that look like they have a lot left in the tank and could produce some spectacular football when they need to rise to the occasion.

But I think there’s a clear standout side. Belgium is the world number one for a reason. Romelu Lukaku is banging in goals like there’s no tomorrow, Kevin De Bruyne is just a goddamn wizard, and even the team of reserves they played against Finland was world-class on paper. For their depth, their stellar form, and the fact that they are some of the best players in the world in almost every position on the field, I can’t look past the Belgians here. And looking at the teams in their path, they will deserve that trophy just for getting this far.

Ladies and gentlemen, my official prediction is that BELGIUM will win the 2020 European Championship.