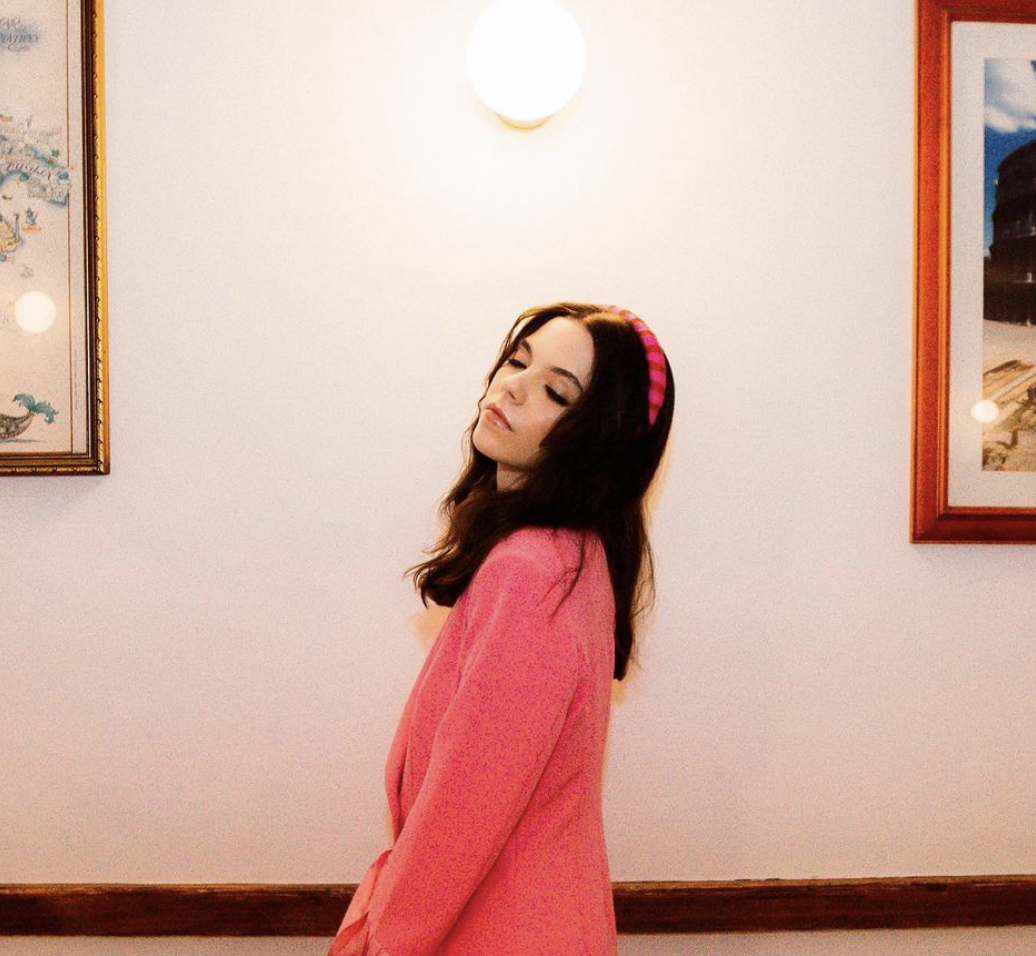 New Music hitting our playlist this week includes Yorke, G-Flip, Sam Feldt, The Veronicas, The Wolf brothers and so much more!

In spot number one, we have Yorke with Window Shopping.

Grace Hughes, known as Yorke, is an Australian musician, singer and songwriter from Byron Bay, Australia.  Grace supported Ruel on his 2019 ‘Painkiller’ tour.  Her song “Wake the City” was featured on the show 9-1-1 (TV series).

Spot number two goes to G-Flip and Thomas Headon with Not Even in Vegas.

Georgia Flipo, known professionally as G Flip, is an Australian musician, singer, songwriter, producer and drummer from Melbourne, Australia. She released her debut studio album, About Us, on 30 August 2019.

In November 2018, Flipo was nominated for a J Award as Unearthed Artist of the Year and was the inaugural winner of the ARIA Emerging Artist Scholarship. In December 2018, Flipo performed “Proud Mary” and “Blame It on the Boogie” at the ABC’s “The Night is Yours” New Year’s Eve Celebration 2018 at the Sydney Opera House, and her song “About You” was featured in Season 2, Episode 10 of The Bold Type. In January 2019, “About You” polled at number 38 and “Killing My Time” at number 62 in the Triple J Hottest 100, 2018. In July 2019, G Flip won Breakthrough Independent Artist of the Year at the Australian Independent Record Labels Association (AIR) Awards.

Thomas Headon is an Australian pop singer also called Disco Tony who is best known for releasing his hit song “Grace” in 2019. He has performed shows in multiple countries, particularly performing sold-out shows in the UK. He was born in London, but his family moved to Melbourne, Australia when he was five years old. He wrote a song dedicated to his dog Jim who passed away. He began making music when he was in grade school. He has amassed over 90,000 followers to his Instagram page. He has also worked professionally as a model. His debut LP “Clean Me Up” is scheduled to be released in early 2020.

In spot number three, we have Sam Feldt and Sam Fischer with Pick Me Up.

Sammy Boeddha Renders, better known by his stage name Sam Feldt, is a Dutch DJ, record producer and entrepreneur. In 2015, he released a remake of Robin S.’ “Show Me, Love”. The track was released by Spinnin’ Records and Polydor. It became an instant hit, peaking at number 4 on the UK Singles Chart and reached the 21st position on the Dutch Top 40. In Australia, “Show Me Love” was certified gold. In Belgium, Feldt’s track reached 15 and 13 on Billboard‘s Dance/Electronic Songs chart. In 2016, Sam Feldt released the song “Summer on You” together with Lucas & Steve. After reaching the number 4 spot in the Dutch Top 40, it became the most played track on Dutch radio in September and October 2016. Shortly after the release of “Summer on You”, the track was awarded a Platinum award in the Netherlands. Feldt was ranked on DJ Mag‘s list of the Top 100 DJs of 2017 at 75. In 2020, Feldt revealed his own record label known as Heartfeldt Records, with “Hold Me Close” featuring Ella Henderson as the first official release. He has also created his own charity, The Heartfeldt Foundation, which raises awareness on global warming. The foundation has partnered with several DJs including Goldfish, Jay Hardway, and Blond:ish.

Sam Fischer is an Australian pop-rock singer-songwriter and musician. Fischer released music independently before signing with RCA Records in 2019. RCA re-released his debut EP Not a Hobby in January 2020.Once he re-released the ep, he gained major recognition for his talent.

Spot number four goes to The Veronicas with Kaleidoscope.

The Veronicas are an Australian pop duo from Brisbane. The group was formed in 2004 by identical twin sisters Lisa and Jessica Origliasso. Following a lengthy hiatus in September 2014, the Veronicas released “You Ruin Me”, the first single from their self-titled third studio album. The song debuted at number one on the ARIA Charts, becoming the women’s second chart-topping single and their first to debut in the top spot. It also charted in the United States and the United Kingdom. The album was released both physically and digitally on 21 November 2014.  In 2016, they hosted the ARIA Music Awards. They spent most of the period between 2016 and 2021 releasing gold and platinum singles leading to the release of both their fourth and fifth albums. In October 2020, the sisters were announced as competing celebrity contestants on the fifth season of The Celebrity Apprentice Australia in 2021.

Lastly, in spot number five we have The Wolfe Brothers and LOCASH with Startin’ Something.

The Wolfe Brothers are an Australian country-rock band, formed of brothers Tom and Nick Wolfe and childhood friends Brodie Rainbird and Casey Kostiuk. They came to prominence after being the runners-up of Australia’s Got Talent in 2012. In April 2018, the group released their fourth studio album Country Heart, which peaked at number 9 on the ARIA Charts. The singles “Ain’t Seen It Yet” and “Country Heart” both reaching number 1 on the country singles chart. At the 2019 Country Music Awards of Australia, the group won including Album Of The Year, Contemporary Country Album of the Year, Country Music Capital News Group or Duo of the Year and APRA AMCOS Song of the Year with “Ain’t Seen It Yet”. In 2020 the band worldwide deal with global independent label, BMG, in partnership with the BBR Music Group. On 17 April 2020, the group released their first single on the label entitled “No Breaks”.

LOCASH, formerly known as LoCash Cowboys, is an American country music duo consisting of vocalists Chris Lucas and Preston Brust, natives of Baltimore, Maryland and Kokomo, Indiana, respectively. They have released one album each for Average Joes Entertainment, Reviver Records, and Wheelhouse Records and have charted seven singles on the Billboard Hot Country Songs or Country Airplay chart. Their highest-charting single is “I Know Somebody”, which topped the Billboard Country Airplay chart in 2016. In addition to their own material, the members of LoCash co-wrote Keith Urban’s number-one single “You Gonna Fly” and Tim McGraw’s “Truck Yeah”.