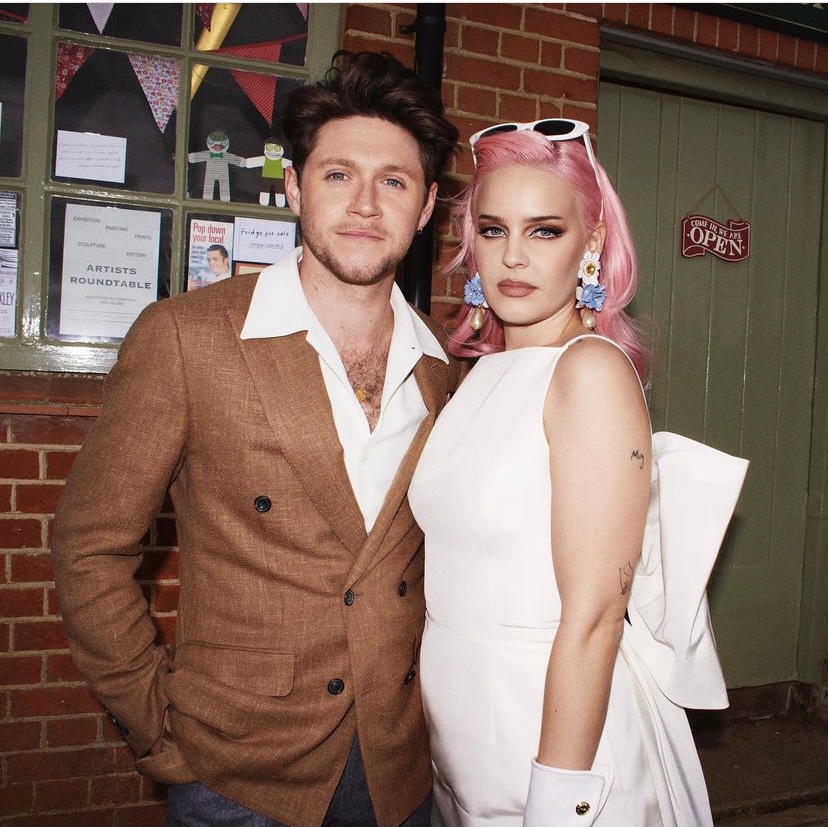 New Music hitting our playlist this week include Anne-Marie, Naill Horan, Simple Plan, BTS, Marshmello,  Twenty One Pilots, and so much more!

In spot number this week, we have Anne-Marie and Niall Horan with Our Song.

Anne-Marie Rose Nicholson, known professionally as Anne-Marie, is an English singer and songwriter. She was nominated for four awards at the 2019 Brit Awards, including Best British Female Solo Artist.

Niall James Horan is an Irish singer and songwriter. He rose to prominence as a member of the boy band One Direction, formed in 2010 on the British singing competition The X Factor. The group released five albums and went on to become one of the best-selling boy bands of all time. Following the band’s hiatus in 2016, Horan signed a recording deal as a solo artist with Capitol Records.

Horan’s debut solo album, Flicker (2017), debuted at number one in Ireland and the US and reached the top three in Australia and the UK. The album’s first two singles, “This Town” and “Slow Hands”, reached the top twenty in several countries. Horan’s second studio album, Heartbreak Weather, was released in March 2020 and debuted at number four in the US and number one in the UK, Ireland, and Mexico.

Spot number two goes to Simple Plan, State Champs, and We The Kings with Where I Belong.

Simple Plan is a Canadian rock band from Montreal, Quebec formed in 1999. The band performed at the Vans Warped Tour every year from 1999 to 2005, and in 2011, 2013, 2015, and 2018. The band also performed at the 2010 Winter Olympics closing ceremony, along with The X Factor Australia. In December 2012, the band performed at Mood Indigo, the college festival of IIT Bombay in Mumbai, India. In 2004, the band participated in the movie New York Minute, starring the Olsen twins, Mary-Kate and Ashley. Simple Plan also performed O Canada at the 2016 NHL Winter Classic. They also performed the theme music and were featured on an episode of “What’s New Scooby-Doo”

State Champs is an American rock band from Albany, New York, formed in 2010. They are currently signed to Pure Noise Records and have released three EPs and three full-length albums. They released an acoustic EP titled The Acoustic Things in October 2014 and their second full-length album Around the World and Back one year later, in October 2015. In May 2017, they released a deluxe version of their album Around the World and Back, along with a DVD of footage from their last few tours. Their 2013 full-length, The Finer Things, debuted at number 2 on the Billboard Heatseekers Albums chart. Their third album, Living Proof, was released on June 15, 2018.

We The Kings is an American rock band from Bradenton, Florida. The band’s self-titled full-length debut album, released in 2007, included the platinum single “Check Yes Juliet”, and went on to sell over 250,000 copies in the US. The group’s second album Smile Kid (2009) included Top 40 singles “Heaven Can Wait” and “We’ll Be a Dream” (featuring Demi Lovato), as well as the single “She Takes Me High”.

The band’s third album Sunshine State of Mind was released in 2011 and featured the MTV Video Music Award winner for Most Innovative Music Video of the Year for the group’s interactive music video and song “Say You Like Me”. The band then completed a worldwide tour with Canadian band Simple Plan and performed across the US as a main stage headliner on the Vans Warped Tour. The group’s fourth album Somewhere Somehow was released in late 2013 and includes singles “Just Keep Breathing”, “Find You There”, “Any Other Way”, and “Art of War”. Their fifth studio album, Strange Love, came out on November 20, 2015. It featured the single “Runaway”

In spot number three we have BTS with Butter.

BTS also known as the Bangtan Boys, is a seven-member South Korean boy band that began formation in 2010 and debuted in 2013 under Big Hit Entertainment. Their work features references to literature and psychological concepts and includes an alternative universe storyline. The group has released several albums and performed on several world tours.

Spot number four goes to Marshmello and Jonas Brothers with Leave Before You Love Me.

Christopher Comstock, known professionally as Marshmello, is an American electronic music producer and DJ. His songs “Silence”, “Wolves”, “Friends”, “Happier”, and “Alone” have been certified multi-platinum in several countries and appeared in the Top 30 of the Billboard Hot 100.

Marshmello first gained international recognition in early 2015 by publishing remixes online.  He wears a custom white helmet, resembling a marshmallow, for public appearances and in his music videos. His identity was initially a secret but was confirmed by Forbes to be Chris Comstock in April 2017. He is managed by Moe Shalizi. His musical style includes groove-oriented, synth and bass-heavy electronic dance music.

Jonas Brothers are an American band. Formed in 2005, they gained popularity from their appearances on the Disney Channel television network. They consist of three brothers: Kevin Jonas, Joe Jonas, and Nick Jonas. They have sold over 17 million albums worldwide as of 2013. Six years following their split, the group reunited with the release of “Sucker” on March 1, 2019. The song became the 34th song in history to debut at number one on the Billboard Hot 100 and became the Jonas Brothers’ first number-one single on the chart. Their fifth studio album, Happiness Begins, was released on June 7, 2019, topping the US Billboard 200.

Lastly, in spot number five, we have Twenty One Pilots with Saturday.

Twenty-One Pilots is an American musical duo from Columbus, Ohio. The band was formed in 2009 by lead vocalist Tyler Joseph along with Nick Thomas and Chris Salih, both of whom left in 2011. Since their departure, the line-up has consisted of Joseph and drummer Josh Dun. The duo also has eight number one songs on the Alternative Songs chart, making them the sixth artist with the most number-one songs on the chart, behind Foo Fighters and tying with U2.