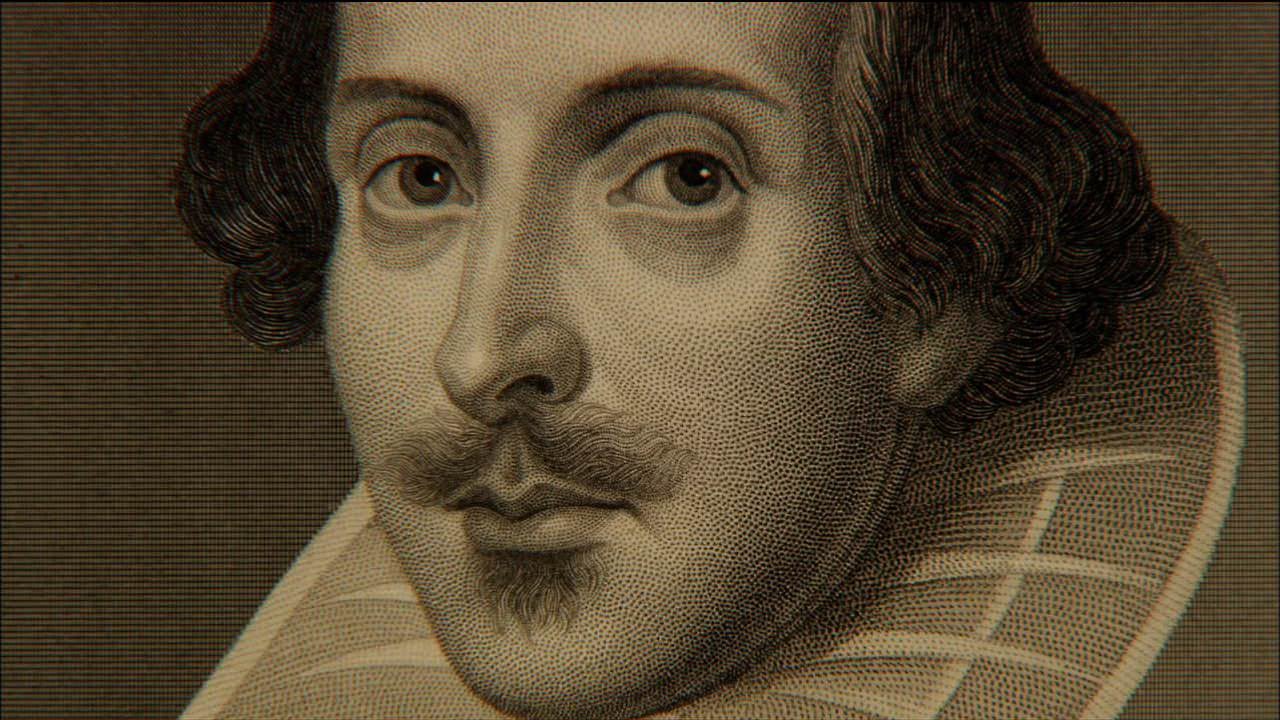 To be rude, or not to be rude? That is the question.

Are you running out of creative insults? Sick and tired of the dry old names to call all your friends when they’re being idiots? Well, there’s one man who might just have you covered. And he was your worst enemy in Year 9.

Shakespeare was a pioneer of creative insults. His comedies in particular are full of the most hilarious ways to insult someone that would definitely still sting today. There’s simply no coming back from some of these.

Here are ten of Shakespeare’s funniest insults that you might want to pull out in your next friendly debate.

“Thou hast no more brain than I have in mine elbows.” (Troilus and Cressida)

Troilus and Cressida is the story of a love affair between the play’s titular characters at Troy during the Trojan War. The whirlwind romance is complicated when Cressida is forced to leave Troy to join her father in the Greek camp.

This particular insult is just one of the highlights of a glorious selection in Act 2, Scene 1 of the play, which features a litany of beautiful jabs delivered between Ajax and his foul-mouthed slave, Thersites. Thersites chooses to curse his master and the Greeks instead of following orders, which leads Ajax to beat him ruthlessly.

Regardless, Thersites gets some beautiful jabs in that make this scene worth a read on its own.

“More of your conversation would infect my brain.” (Coriolanus)

Coriolanus is not one of Shakespeare’s most well-known plays, however, it is believed to be one of the last two tragedies ever written by the Bard, along with Antony and Cleopatra. The titular character is a Roman general, who seeks to be consul after his military achievements at Corioli, but is soon banished from Rome.

This burn is dished out by Menenius, Senator of Rome, to Brutus, one of his tribunes. Clearly, Menenius doesn’t think much of Brutus’ opinions – “When you speak best unto the purpose, it is not worth the wagging of your beards; and your beards deserve no so honourable a grave as to stuff a botcher’s cushion.”

Ouch. That one hurt.

“Thou art unfit for any place but hell.” (Richard III)

Richard III might not be a favourite among some English students. Featuring on the HSC curriculum, it is the second-longest play in Shakespeare’s canon and the longest of the First Folio. It follows the Machiavellian rise to power, short reign and downfall of King Richard III of England.

This one is a beautiful insult when read in context, however. Anne burns Richard when he makes advances to get her to sleep with him. Somehow, though, Richard doesn’t get the message, and he keeps on trying. I’ve heard of people not taking hints before, but Richard might be taking it to a new level with this one.

Keep this insult in your back pocket for the next time a Machiavellian dictator is hitting on you at the bar.

“No longer from head to foot than from hip to hip. She is spherical, like a globe. I could find out countries in her.” (The Comedy of Errors)

The Comedy of Errors is just one piece of proof that Shakespeare wasn’t all romance and tragedy. In fact, this farcical comedy is full to the brim with slapstick humour and wordplay. Set in the Greek city of Ephesus, it follows two sets of identical twins who were accidentally separated at birth.

This rather harsh insult comes from Dromio of Syracuse, as he recounts to Antipholus of Syracuse (his adoptive brother), on the looks of Nell, who serves as a kitchen maid to Dromio’s real brother’s wife (a little complicated, I know). If you thought the insult itself was funny, the response is even better – “In what part of her body stands Ireland?” “Marry, sir, in her buttocks. I found it out by the bogs.”

Turns out Shakespeare can make poop jokes, too. Who said they were low-brow?

“I’d beat thee, but I should infect my hands.” (Timon of Athens)

Timon of Athens is one of Shakespeare’s “problem plays” – a few early plays that scholars have a lot of difficulties interpreting due to their complex and ambiguous tone. Troilus and Cressida, All’s Well That Ends Well and The Merchant of Venice are other famous examples.

As Timon rejects mankind and goes to live on his own in a cave, he trades some brutal barbs with the philosopher Apemantus on the topic of… venereal disease, of all things. This one is only one of several absolutely scathing lines from Timon, including “Would thou wert clean enough to spit on!” and “I am sorry I shall lose a stone by thee.”

“Away, you three-inch fool.” (The Taming of the Shrew)

The Taming of the Shrew is a play that you probably know a little about, whether you know it or not. It has been adapted over and over again, including in the musical Kiss Me, Kate and the film 10 Things I Hate About You. Scholars continue to debate whether the plot is misogynistic – as it follows the wooing of Katherina by Petruchio, who “tames” her until she becomes a desirable bride.

This glorious insult, in Act 4, Scene 1, is delivered by servant Curtis to his fellow servant, Grumio. As in most Shakespearean plays, the servants, as members of the lower class, are not exactly the sharpest tools in the shed, so this line comes as a scathing blow between two characters meant to be looked down on by the audience.

Keep this one in your back pocket for your friends of a… particular stature.

“Tempt not too much the hatred of my spirit, for I am sick when I do look on thee.” (A Midsummer Night’s Dream)

A Midsummer Night’s Dream is quoted by many as one of Shakespeare’s greatest plays. A comedy of fairies, magic and dramatically conflicted lovers in the forest, it is among the most popular and most widely performed plays in Shakespeare’s canon. So, naturally, it has its fair share of insults.

This line, however, hits on a particularly personal level. Demetrius spews this vitriol to Helena, who is desperately in love with him. Needless to say, Demetrius doesn’t feel quite the same way – and he makes that abundantly clear. Imagine your crush telling you that looking at you makes them sick. Ouch. I might just sink through the floor.

Use this one carefully – especially if under the influence of fairy magic.

“They have a plentiful lack of wit.” (Hamlet)

Hamlet might just take the title of Shakespeare’s most influential play. Set in Denmark, it follows the endlessly troubled and complex Prince of Denmark, who takes revenge against his uncle, Claudius, who murdered his father to seize the throne and marry Hamlet’s mother.

Hamlet is one of the most entertaining characters in Shakespeare’s canon. Hopelessly depressed and outrageously mad, he is an emotional mess – but also quite clever at wordplay. He uses his articulate nature to his own amusement throughout the play, and naturally insult those around him as well.

If you’re looking for someone to inspire your verbal wit, look no further than the Prince of Denmark.

“I desire that we be better strangers.” (As You Like It)

As You Like It is another of Shakespeare’s comedies, following its heroine Rosalind as she flees persecution in her uncle’s court into the Forest of Arden. This play, and in particular the character Jaques, is the source of many of Shakespeare’s most famous speeches, such as “All the world’s a stage” and “Too much of a good thing”.

Unfortunately for the eloquent Jaques, he is the recipient of this insult from Orlando, although not in a particularly hostile manner. It is delivered in a series of quips between Jaques and Orlando which proves to be one of the funniest exchanges in the play, full of wordplay and smart-alec replies. I would love to see this scene on stage purely for the hilarity of the back-and-forth. It’s worth reading.

And finally, if I haven’t yet convinced you to see some Shakespeare for his witty insults, I present to you…

“Villain, I have done thy mother.” (Titus Andronicus)

Titus Andronicus is a tragedy and a rather grim one at that. Shakespeare’s first tragedy is also his most violent and graphic, telling the story of a general in the Roman army who meets his downfall in a series of revenge plots against Tamora, Queen of the Goths.

This one is the perfect clap back. Aaron is taunting his lover’s sons, Chiron and Demetrius. Chiron says, “Thou hast undone our mother.” It’s a tense moment. But you can almost feel the Earth move when Aaron responds. “Villain, I have done thy mother.” Over 400 years later, you can still hear hands clapping over mouths. I’m sorry, Chiron. Aaron has just delivered a fatal blow. That’s game over.

That’s right. Shakespeare invented “Yo Mama” jokes. And that’s not the only time he uses them, either. A similar line also appears in Timon of Athens: “Thy mother’s of my generation. What’s she, if I be a dog?”

So, the next time you’re looking for the perfect comeback to that friendly banter, pick up a Shakespeare play and start reading. You might just find an insult so savage that you’ll catch everyone off-guard. After all, the Bard is not all romances like Romeo & Juliet. He’s also the master of hilarious quips.