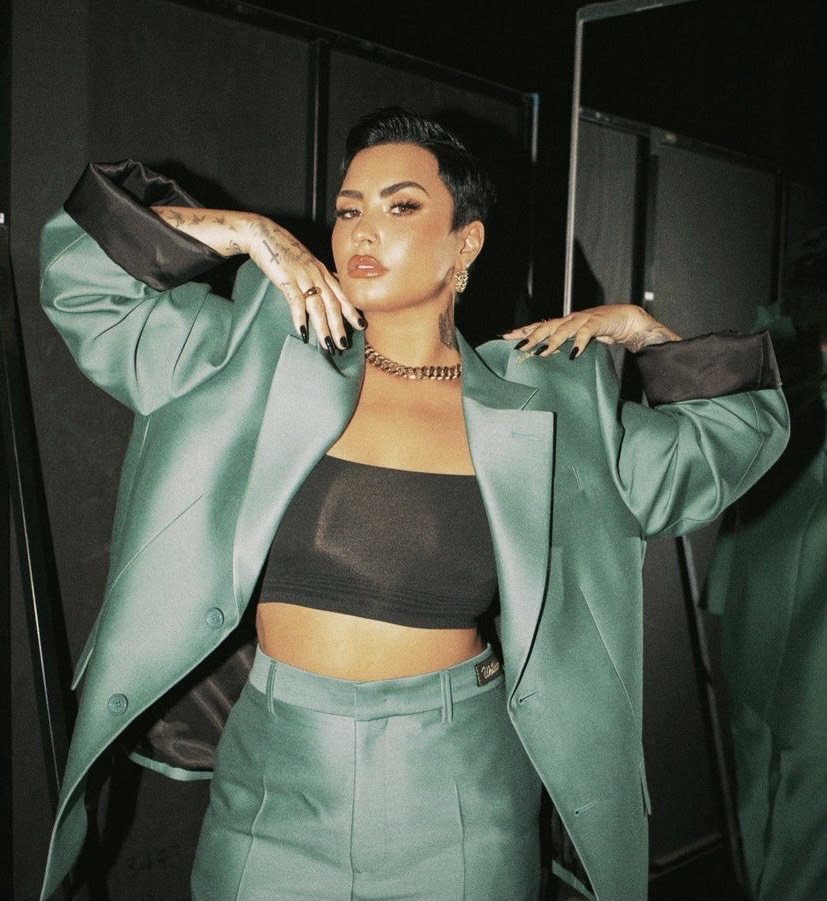 It is that time again, New Music Monday. Since last week was part of the Easter holidays, this week’s playlist is bigger and better!

In spot number one this week we have Demi Lavato and Arianna Grande with Met Him Last Night.

Demi Lavato is a well known American singer and Actress for her roles in the Camp Rock Series and her show Sonny with a Chance. Since then, she has taken a step back from acting and embracing the world of music, with relating her most recent album, Dancing with the Devil.

Arianna Grande is an American singer, songwriter, and actress.  She rose to fame for her role as Cat Valentine in the Nickelodeon television series Victorious (2010–2013) and Sam & Cat (2013–2014). She subsequently signed with Republic Records in 2011 after the label’s executives discovered YouTube videos of her covering songs. Since then, she has been winning grammies, recording and releasing albums.

Spot number two goes to Dan and Shay with Glad You Exist.

Dan and Shay are an American pop country music duo composed of vocalists, YouTubers, and songwriters Dan Smyers and Shay Mooney. They are signed to Warner Records Nashville and have released three albums, Where It All Began, Obsessed, and Dan + Shay. Of their nine singles; five have topped the Country Airplay chart and two have topped the Hot Country Songs chart.

In spot number three we have BTS with Film Out.

BTS is a seven-member South Korean boy band that began formation in 2010 and debuted in 2013 under Big Hit Entertainment. Their musical style has evolved to include a wide range of genres. Their lyrics, often focused on personal and social commentary, touch on the themes of mental health, troubles of school-age youth, loss, the journey towards loving oneself, and individualism. Their work features references to literature and psychological concepts and includes an alternative universe storyline. The group has released several albums and performed on several world tours.

Spot number four we have Taylor Swift with You All Over Me.

Taylor Swift decided back in 2020 that she was going to re-release her old album from when she was younger after she was denied ownership of the rights. Since then She has officially re-released the first of this project “Fearless” with 6 unreleased songs, with  You All Over Me being one of these.

In spot number 5 we have Demi Lavato with Dancing with the Devil.

The music video is even more chilling then the lyrics themselves. Demi is seen reliving the day of her overdose that ended up landing her in hospital. For the particular hospital scene she asked the director if she could have a moment to let out all the emotions as a form of therapy for her and some scene were even used in the final cut.

Spot number 6 we have Tate Mcrae with bad ones.

Tate McRae is a Canadian singer, songwriter, and dancer. At the age of thirteen, she gained prominence as the first Canadian finalist on the American reality TV show So You Think You Can Dance. McRae caught the attention of RCA Records in 2019 after her original song “One Day” (2017) went viral on YouTube, subsequently releasing her debut EP, All the Things I Never Said (2020). McRae soon gained wider recognition after her song “You Broke Me First” became an international hit. In 2020, McRae was the youngest musician featured on Forbes‘ 30 Under 30 list.

In spot number seven we have Daya with Bad Girl.

Grace Martine Tandon or known as her stage name Daya, an American singer and songwriter. She specialises in the genres of pop, sythpop, electronic.

Teenage Jonas is a two piece indie pop/punk duo powerhouse play beautifully crafted songs that have audiences singing along the first time they hear them, but the songs are as real and important as they are unapologetic.

In spot number nine we have Girl in Red with Serotoin.

Marie Ulven Ringheim, known professionally as Girl In Red, is a Norwegian singer-songwriter. She began making music at a young age and even released music in Norway before she began producing music under stage name Girl In Red. Then she started posting her music on SoundCloud under the user Lydia x and started gaining attention on there. Not long after she released her debut EP in 2018 titled chapter 1.

Finally, in spot number ten we have Spacey Jane with Wasted on Me.

Spacey Jane are an indie rock garage band from Perth, Western Australia, who formed in 2016. The band’s debut studio album Sunlight debuted at number 2 on the ARIA Albums Chart in June 2020. Sunlight won the annual Triple J Album poll in December 2020, as voted by listeners.