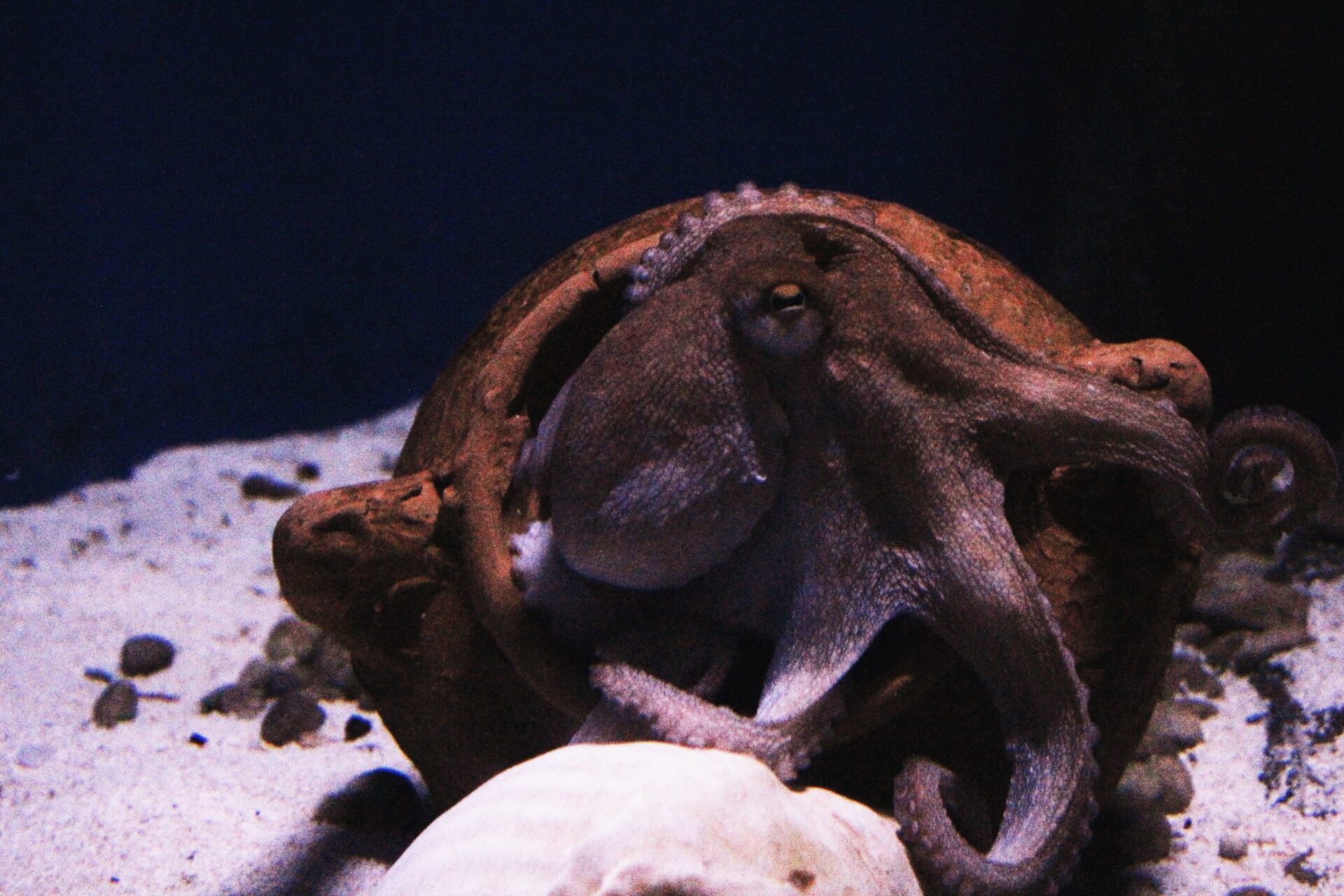 Octopuses are known to sleep and change colours while they do so.

Scientists used to think that only mammals and birds had two sleep states. More recently, some reptiles also showed non-REM and REM sleep. A cuttlefish, which is a cephalopod relative to an octopus, even reported a REM-like sleep state.

“That led us to wonder whether we might see evidence of two sleep states in octopuses, too,” says senior author Sidarta Ribeiro of the Brain Institute of the Federal University of Rio Grande do Norte, Brazil. “Octopuses have the most centralized nervous system of any invertebrate and are known to have a high learning capacity.”

According to a new study published in the journal of IScience, these colour changes are characteristics of two effective alternatives sleeping stages include; active and quiet stages. The lead author of this study and recent graduate of the Brain Institution of the Federal University of Rio Grande De Norte Brazil, Syvila Medeiroses and her team of researchers, have discovered the implications for the evolution of sleep that just might indicate that it’s possible for octopuses to experience something similar to dreams.

During this stage of sleep, the octopus still and quiet. It had pale skin, and its eye pupils contracted to a slit.

In this stage, the octopus’s skin colour and texture dynamically changed. It moved its eyes while simultaneously contracting its suckers and body with its muscular twitchers. The stage of active sleep stage seemed to occur after a long quiet sleep stage generally longer than 6 minutes.

During the study, there appeared to be a stage that occurred after each active sleep but before each interval started again. In this stage, the octopuses were coloured on one side and pale on one side. They were also in a state of peace and calm.

Both the Quiet and the Active Sleep Stages switched off every 30 to 40-minute intervals.

The fact that octopuses colour and patterns appear to shift in their sleep has been observed and recorded before. Medeiros and her team now have compelling evidence of distinct states of activity that could be linked to forms of consciousness.

Upon reviewing past results on a conscious study relating to octopuses, it has been found that it could be possible that one of the states that the octopuses were in wasn’t sleeping at all bu rater what teachers refer to as “quiet alertness”. This would be where the octopus is perfectly still but awake and able to monitor its surroundings.

“It is not possible to affirm that they are dreaming because they cannot tell us that, but our results suggest that during “active Sleep”, the octopus might experience a state analogous to REM sleep which is the state in which humans dream the most.”-Medeiros.

In future studies, the researchers would like to record neural data from cephalopods to understand better what happens when they sleep. They’re also curious about the role of sleep in the animals’ metabolisms, thinking, and learning.