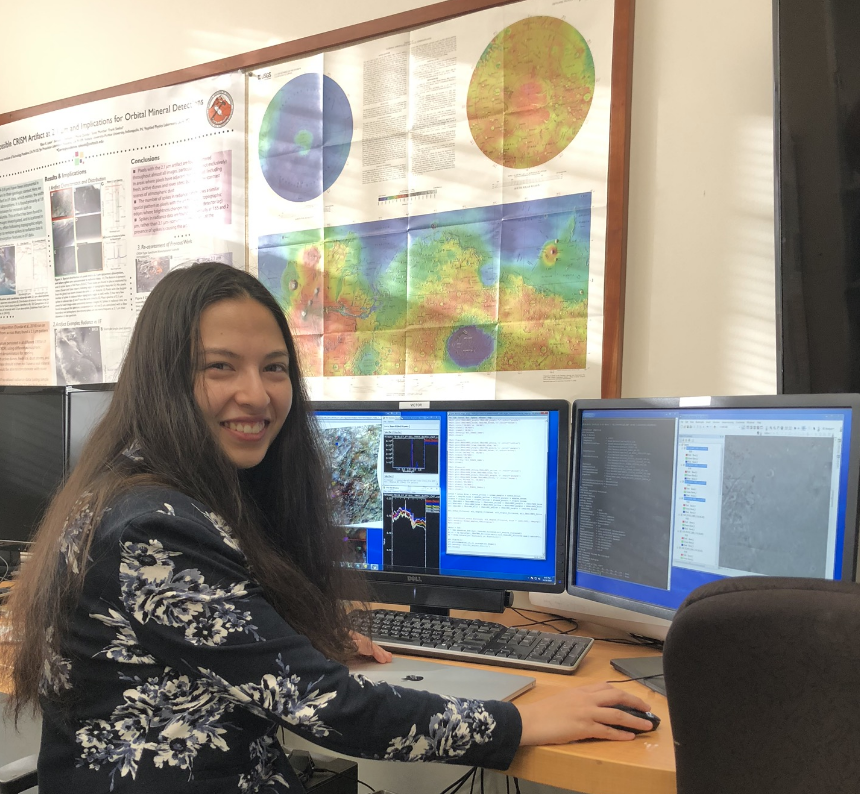 Home / News / Science and Research / Where Has the Water Gone?

Where Has the Water Gone?

According to evidence found on its surface, the red planet we refer to as Mars once had an abundance of water flowing across its surface. However, the question that stumps researchers still is, where has all this water gone?

According to new research conducted by the California Institute of Technology and Jet Propulsion Laboratory, a significant portion of Mars water, between 30 and 90 per cent, is trapped within the minerals in the planet’s crust. This new research challenges the current theory that the red planet’s water escaped into space.

Eva Scheller and her team studied the quantity of water on Mars over time through the analysis of meteorites and using data provided by Mars rovers and orbiters, looking in particular at the ratio of deuterium to hydrogen.

“Atmospheric escape doesn’t fully explain the data that we have for how much water actually once existed on Mars,” said Scheller.

Early Mars was thought to have enough water to cover an entire ocean which is roughly 100 to 1,500 meters deep, but somehow by a billion years later, the planet was almost as dry as it is today.

While the leading theory was that scientists have come up with was that they believed the water escaped into space due to Mars low gravity, it never thoroughly explained the data that a large volume of water once existed on Mars.

Atmospheric escape clearly had a role in water loss, but further findings from the last decade of Mars missions have pointed to the fact that there was this vast reservoir of ancient hydrated minerals whose formation decreased water availability over time.

When water interacts with rock, chemical weathering forms clays and other hydrous minerals that contain water as part of their mineral structure. This process occurs on Earth as well as on Mars. Because Earth is tectonically active, old crust continually melts into the mantle. It forms a new crust at plate boundaries, recycling water and other molecules back into the atmosphere through volcanism. However, Mars is mostly tectonically inactive, so the “drying” of the surface, once it occurs, is permanent.

All of this water was sequestered relatively early on and then never cycled back out. The research, which relied on data from meteorites, telescopes, satellite observations, and samples analyzed by rovers on Mars, illustrates the importance of having multiple ways of probing the red planet.

“The hydrated materials on our own planet are being continually recycled through plate tectonics,” said Michael Meyer, lead scientist for NASA’s Mars Exploration Program at the agency’s headquarters in Washington told jpl.nasa.gov. “Because we have measurements from multiple spacecraft, we can see that Mars doesn’t recycle, and so water is now locked up in the crust or been lost to space.”

Next, the team plans to continue to use isotopic and mineral composition data to determine the fate of nitrogen and sulfur-bearing minerals.

Scheller plans to continue examining the processes by which Mars’s surface water was lost to the crust using laboratory experiments that simulate Martian weathering processes, as well as through observations of the ancient crust by the Perseverance rover.

Scheller and Ehlmann will also aid in Mars 2020 operations to collect rock samples for return to Earth to allow the researchers and their colleagues to test these hypotheses about the drivers of climate change on Mars.

Caltech PhD candidate Eva Scheller (MS ‘20) is the lead author of the paper “Long-term drying of Mars by sequestration of ocean-scale volumes of water in the crust”, which was published by the journal Science in March 2021.