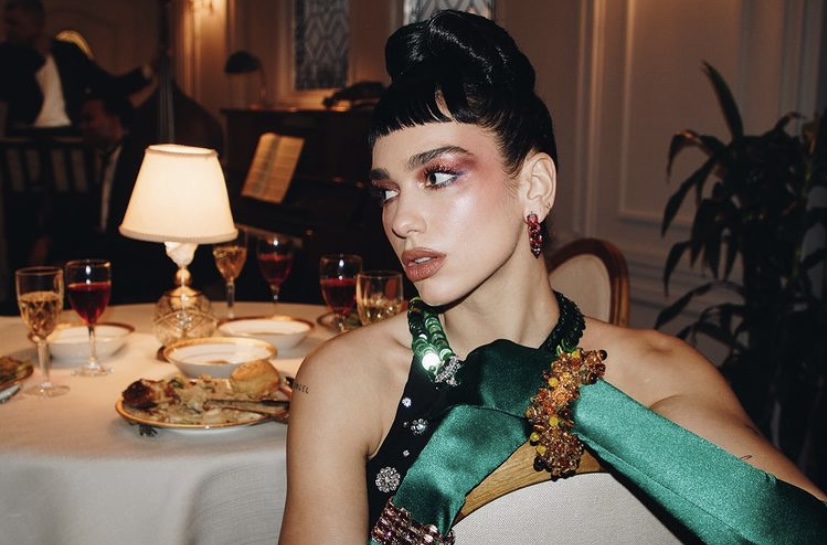 The top spot this week goes to Dua Lipa with We’re Good.

Dua Lipa is an English singer and songwriter. After working as a model, she signed with Warner Music Group in 2015 and released her eponymous debut album in 2017. The album peaked at number three on the UK Albums Chart and yielded nine singles, including Be the One and IDGAF, and the UK number-one single New Rules, which also peaked at number six in the US. In 2018, Lipa won the Brit Awards for Best British Female Solo Artist and British Breakthrough Act. Dua makes a clean break from a relationship in her new song “We’re Good.” It’s her first new track of the year, and the lead single from the Moonlight Edition of her sophomore album, Future Nostalgia. As always this song is a hit!

Pale Waves are an English indie rock band from Manchester, formed in 2014. It was founded originally as Creek when lead singer and guitarist Heather Baron-Gracie met drummer Ciara Doran while attending university in Manchester. The band was joined by guitarist Hugo Silvani and bassist Charlie Wood, completing the lineup.  You can pre-save their new album Who Am I Now.

Ryan Hurd is an American country music singer and songwriter from Kalamazoo, Michigan. In addition to writing multiple No. 1 singles for Blake Shelton, Lady A, and Luke Bryan, Hurd has recorded for RCA Records Nashville. Hurd and Morris were married on March 24, 2018, in Nashville, Tennessee. On March 23, 2020, they welcomed their first child together, son Hayes Andrew Hurd.

Maren Morris is an American singer, songwriter, and record producer. She has released two studio albums. Her 2015 extended play, Maren Morris, charted on two Billboard charts. Her major-label debut album, Hero, reached number five on the Billboard 200 chart and number one on the Top Country Albums chart and was certified platinum in the United States. Morris is also a member of The High Women, a group also consisting of Brandi Carlile, Amanda Shires and Natalie Hemby.

For Hurd, it’s his first single since 2020’s “Every Other Memory.” For Morris, it’s her latest since the heartfelt year-end single “Better Than We Found It.”

Spot number 4 goes to The Architects with Meteor.

Architects are a British metalcore band from Brighton, East Sussex, formed in 2004 by twin brothers Dan and Tom Searle. The band now consists of Dan Searle on drums, Sam Carter on vocals, Alex Dean on bass, and Adam Christianson and Josh Middleton on guitars. They have been signed to Epitaph Records since 2013.

And lastly, in spot number 5 is Riley Pierce with Golden Retriever.

Riley Pierce is an Indie Folk inspired singer-songwriter from Perth, Australia. Riley often writes about his difficulty coping with change and his love-hate relationship with nostalgia. With family spread across the globe and his own stretches of living in a number of different cities, Riley’s lyrics reflect that all too human need for connection. His honest songwriting and relatable storytelling have resonated both in Australia and overseas, with over 50 million streams to date.