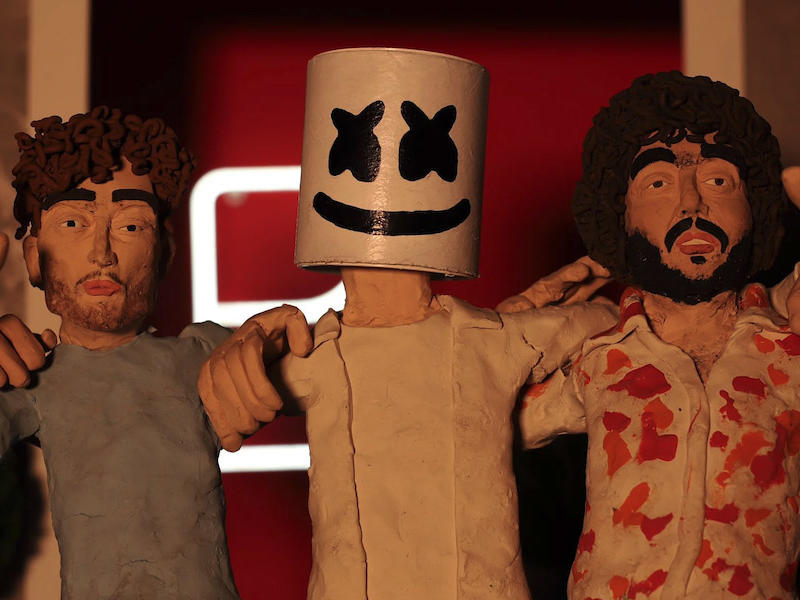 Number one of our list today was the song You by Benny Blanko; Marshmello and Vance Joy.

You is a sweet and uplifting bit of pop-rock that finds Joy crooning over Blanco and Marshmello’s horn-inflected production. The track is the perfect accompaniment to the claymation video, directed by William Child

Next on the list, we have Higher by Clean Bandit and Iann Dior.

Clean Bandit is a British electronic music group, formed in Cambridge in 2008. As of 2020, the group consists of Grace Chatto and brothers Jack and Luke Patterson. Many of their projects are known for blending elements of both classical and dance music, and featuring guest vocalists.

Michael Ian Olmo, known professionally as Iann Dior, is a Puerto Rican-born American rapper, singer, and songwriter. He rose to fame in 2019 with his singles Emotions and Gone Girl, the latter of which served as the lead single for his debut album Industry Plant (2019). In 2020, he featured on 24kGoldn’s single Mood, which peaked at number one on the Billboard Hot 100 and became his first and highest-charting song.

Valhalla by Skeggs is in spot number 3 on the playlist this week.

Skegss are an Australian surf music and garage rock trio originally from Byron Bay, New South Wales. Their line-up includes Toby Cregan on upright bass, Jonny Laneway on drums and Ben Reed on lead guitar and synth. They have released several extended plays and toured both nationwide and internationally.

In spot number 4 we have Stronger by Sam Feldt and Kesha.

Sammy Boeddha Renders, or better known by his stage name Sam Feldt, is a Dutch DJ, record producer and entrepreneur. In 2020, Feldt revealed his own record label known as Heartfeldt Records, with Hold Me Close featuring Ella Henderson as the first official release. He has also created his own charity, The Heartfeldt Foundation, which raises awareness on global warming. The foundation has partnered with several DJs including Goldfish, Jay Hardway, and Blondish.

Kesha Rose Sebert usually known professionally by Kesha is an American singer, songwriter, rapper, and actress. Kesha’s career was halted between Warrior and Rainbow due to a legal dispute with her former producer Dr Luke, which has been ongoing since 2014.

Last on the top 5 list is Muddy, Evil, Pain by the Rubens.

The Rubens are an Australian alternative rock band originally from Menangle, New South Wales. The band comprises the three Margin brothers, Zaac, Sam and Elliott, and friends Scott Baldwin and William Zeglis. Their debut self-titled album The Rubens gained them domestic success with it reaching number 3 on the ARIA Charts and being nominated for a J Award for Album of the Year.