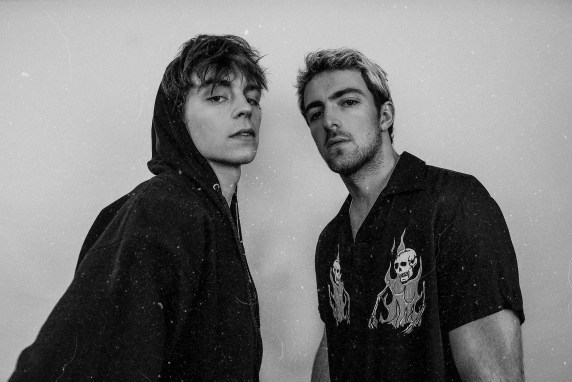 First on the playlist is “Queen ” by G Flip and mxmtoon.

Georgia Flipo, know professionally as G Flip, is an Australian musician, singer, songwriter, producer, and drummer from Melbourne, Australia.  Maia or also know as mxmtoon is an American singer-songwriter and Youtube creator from Oakland, California.

G Flip has shared that her idea of a queen is not necessarily linked to gender rather than queens come in all forms of life. A queen embodies power and strength and they embrace all they are fiercely yet gracefully.

Next, we have “Waiting on a War” by the Foo fighters.

While these guys have been around for decades, it is still amazing to hear their songwriting talents today. This song is mostly acoustic and was inspired by a disheartening conversation singer, Dave Grohl, had with his daughter Harper last fall that reminded him of his own fears of nuclear annihilation when he was her age.

Following this, Arianna Grande has dropped her remix of the song “34+35” and has asked Dojacat and Megan Thee Stallion to join her. Both girls contribute at least one verse for the song.

A girl group that has made a comeback this year, is sisters Ally and AJ.

Ally and AJ are a pop duo group that signed a contract with Hollywood Records in 2004. They released two studio album before departing from Hollywood Records and changing their name to 78 Violet. They released their first single under this new name called ” Hothouse”. In 2014 they were planning to release a full album but it got leaked online. After this Ally and AJ changed their name back to Ally and AJ and have announced plans to release an album in 2021, after 14 years since anything new!

Lastly, is a new and upcoming band called The Driving Era with Fade.

The Driving Era is an American alternative music duo consisting of Rocky and Ross Lynch. Both were previously members of the now-disbanded family band R5.

On March 1, 2018, R5’s Instagram and Twitter handles were changed to The Driver Era and all of R5’s previous posts were deleted. On March 2, 2018, it was stated that The Driver Era would be a band with brothers Ross and Rocky when Ross posted a note via Instagram story. On the same day as their social media changes, previews of their debut single “Preacher Man” were posted on Twitter and Instagram name, The Driver Era, came from a conversation between Rocky and Ross in a car ride to a party, the brothers agree this name encompasses where their music is headed.