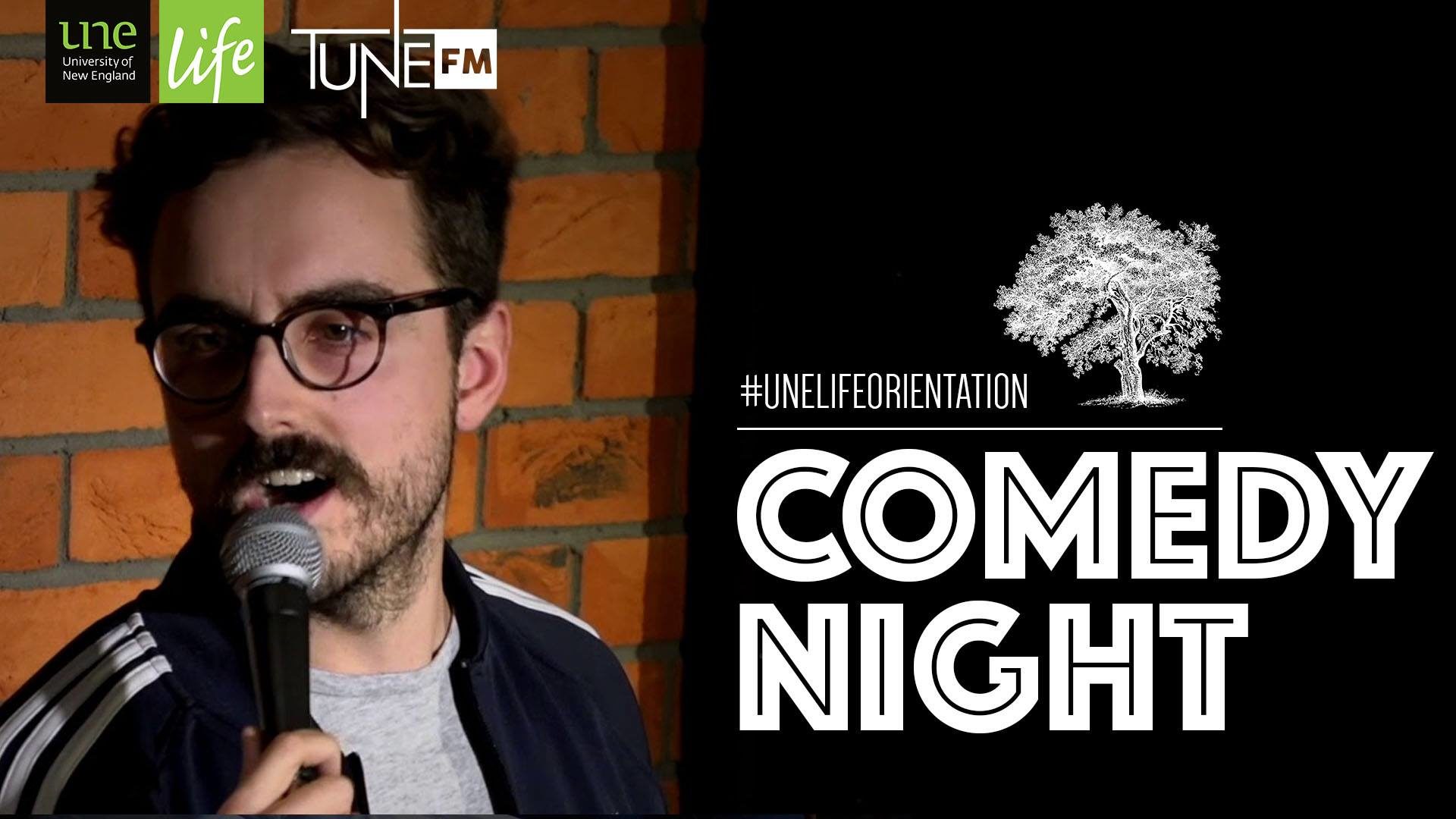 Home / News / Uncategorized / Chaos in the Studio - The Comedian Special

Chaos in the Studio – The Comedian Special

Undoubtedly one of the highlights of O-Week here at UNE, the annual comedy night brought to you by UNE Life returned with a triumphant bang this week; thanks in no small part to quick-witted MC Daniel Muggleton.

Daniel Muggleton is one of our favourite regulars here at Tune, having been entertaining freshers and Uni veterans alike on a yearly basis for quite some time. While we were unfortunate enough to miss out on his acerbic style of observation comedy last year, he made up for his absence by bringing along an absolute dream team of comedic up and comers.

Headlined by Dan Rath (nominated for Best Newcomer at the 2019 Melbourne International Comedy Festival), the show also featured the hilarious dating woes of Kathryn Stewart, the awkward antics of Elliot Stewart, the laid-back wisecracks of Nat Damena, and the love life struggles of Concetta Caristo.

Given that they just so happened to arrive at UNE with a fair bit of time to kill, Mugs (Daniel Muggleton), Dan, and Concetta decided to wreak their hilarious blend of chaos and comedy on poor Jake; who bravely volunteered to join them in the studio! What followed was a side-splitting round-table discussion of (among other things) Tumblr, studying, university life, and theatre productions all mixed in with a complete and utter disregard for order and structure.

Naturally, the interview was some of the most fun we have ever had!