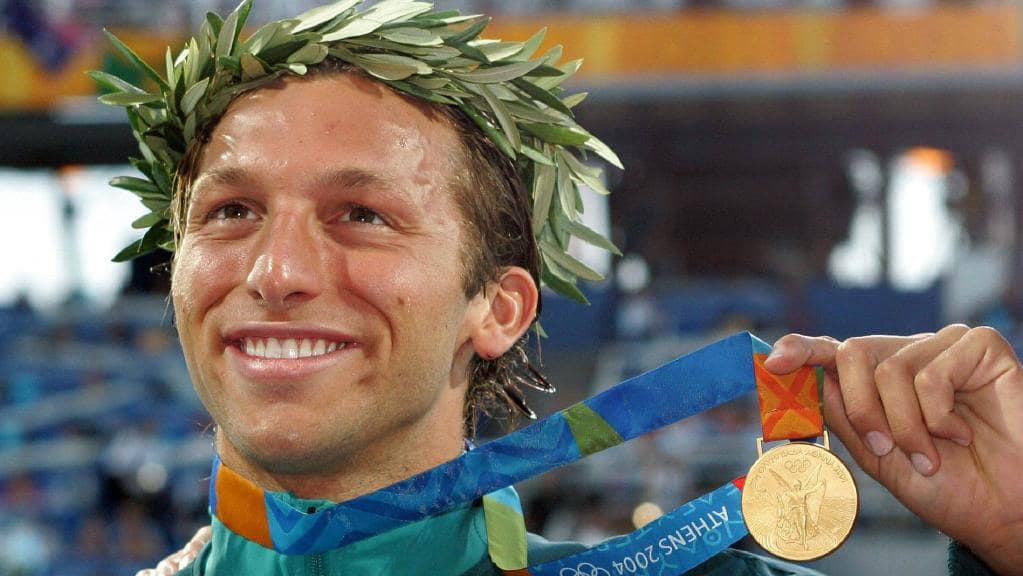 Who is Australia’s current greatest athlete?

The 2010s were a scary decade for Australian sport.

The Wallabies slumped from being world-beaters to some of their lowest form in history. The cricket team had to bounce back from their damaging ball-tampering scandal in South Africa. Both Summer Olympic campaigns last decade set records for our lowest medal tally since 1992.

NRL’s ratings and attendances have plummeted, as have AFL’s. Our netball team failed to win the World Cup for the first time since 2003, and both of our hockey teams have toppled from their place at the top.

Even in sports that we aren’t as traditionally successful in, the Socceroos haven’t made it past the Group Stage of a World Cup since 2006, and we’ve gone two Winter Olympics without a gold medal.

What on Earth is going on?

The most telling sign of a tumultuous period in Australian sport is the lack of a real sporting talisman.

Names like Ian Thorpe, Ricky Ponting and Rod Laver are scattered throughout our history: some of the best in the world in their respective fields who kept Australia on the world’s sporting map.

But when I was asked the question the other day, “Who is Australia’s best athlete at the moment?”, I found it concerningly hard to answer.

I’ve mulled it over for some time, and I’ve come up with five options. Some are big names; some have flown under the radar. Some have a few points against their name that might make them hard to back. But here are my top five current Australian athletes. 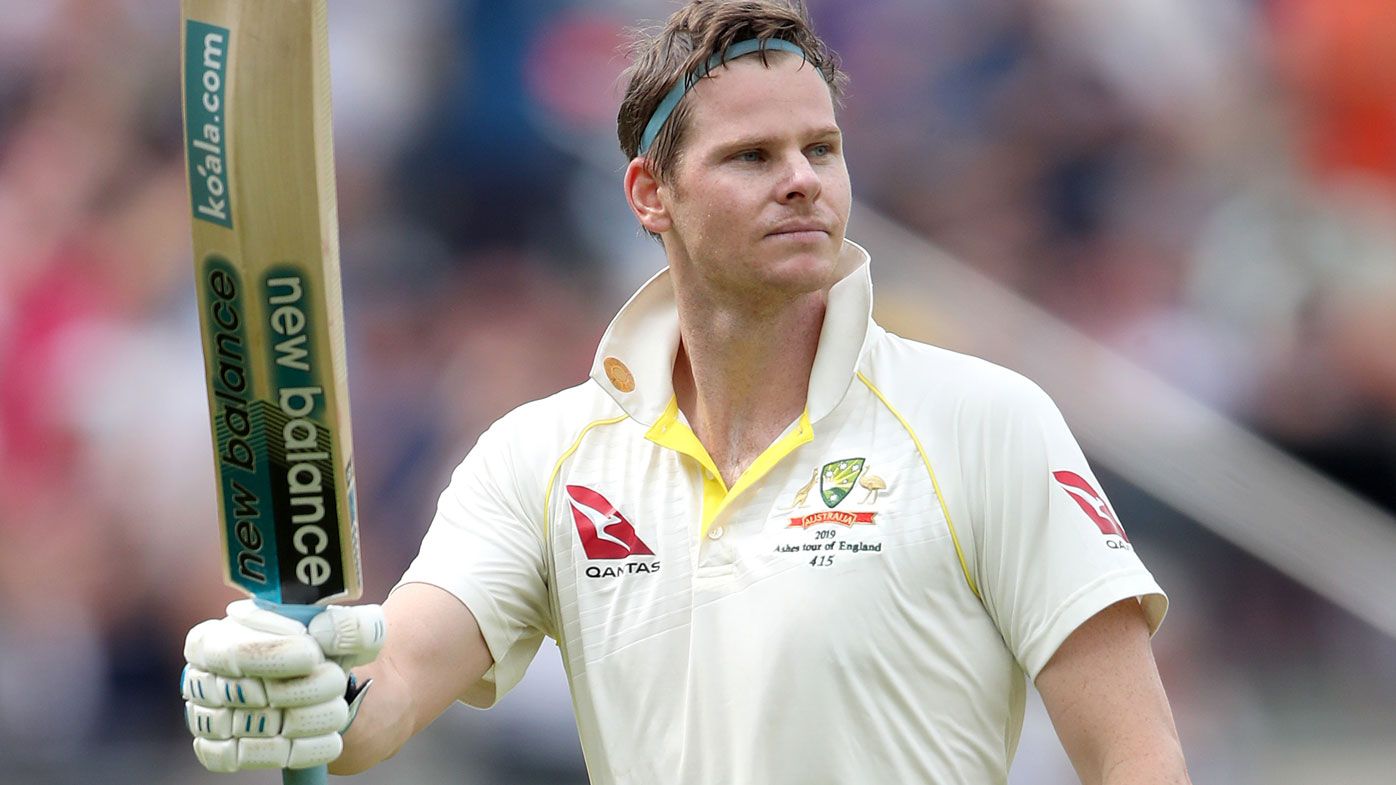 I heard the comparison recently between Steve Smith and the great Don Bradman, and I immediately scoffed.

But you know what? Statistically, it’s not too far off the mark.

Smith’s batting average of 62.84 is significantly lower than The Don’s, but then again, he’s closing in on double the number of innings. And even more remarkably, more than double The Don’s fifties. As far as the numbers go, Smith is an absolute phenomenon.

Smith is unstoppable in the world of cricket at the moment, scoring fifty or more nearly half of the time he walks out onto the pitch. His famous unorthodox style has proven effective in a dominant career so far, and despite a recent slump in form, he’s moved beyond all doubt as the world’s greatest batsman currently and into the realms of the greatest of all time.

Then again, the lingering controversy of the loss of his captaincy under extremely unfortunate circumstances remains to be a blemish on his record. Cricket fans have indeed forgiven him with his performances this summer, but the nation might need some time to forget. 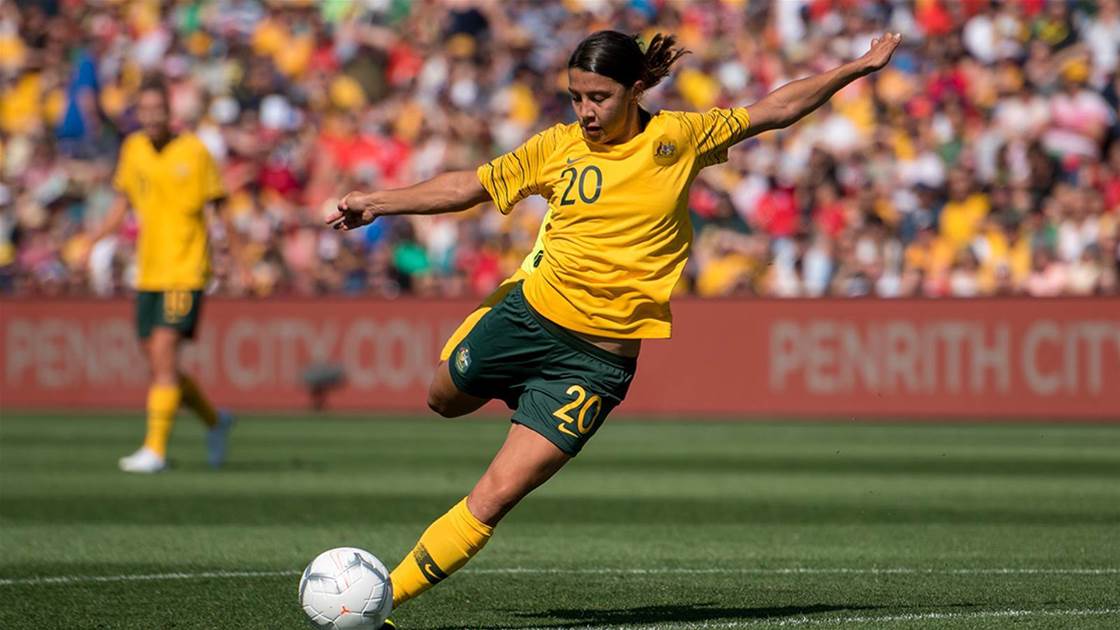 It wasn’t too long ago that Australia’s Socceroos lost the legendary Tim Cahill, and the question remains who is going to take the mantle of the men’s team’s goalscorer.

On the women’s side of the game though, we boast one of the world’s most prolific strikers in Sam Kerr, currently a star on the big European stage with English supergiants Chelsea.

Playing in the USA with Sky Blue FC and the Chicago Red Stars, Kerr won the Golden Boot three times in a row, is the first and only Australian footballer to be nominated for the Ballon d’Or, and the first Aussie, male or female, to score a hat-trick at a World Cup.

This Aussie legend scores goals for fun and she’s tearing apart defences across the globe like it’s nothing.

The Matildas, currently ranked seventh in the world, are a force to be reckoned with when they’ve got a goalscorer of this calibre. 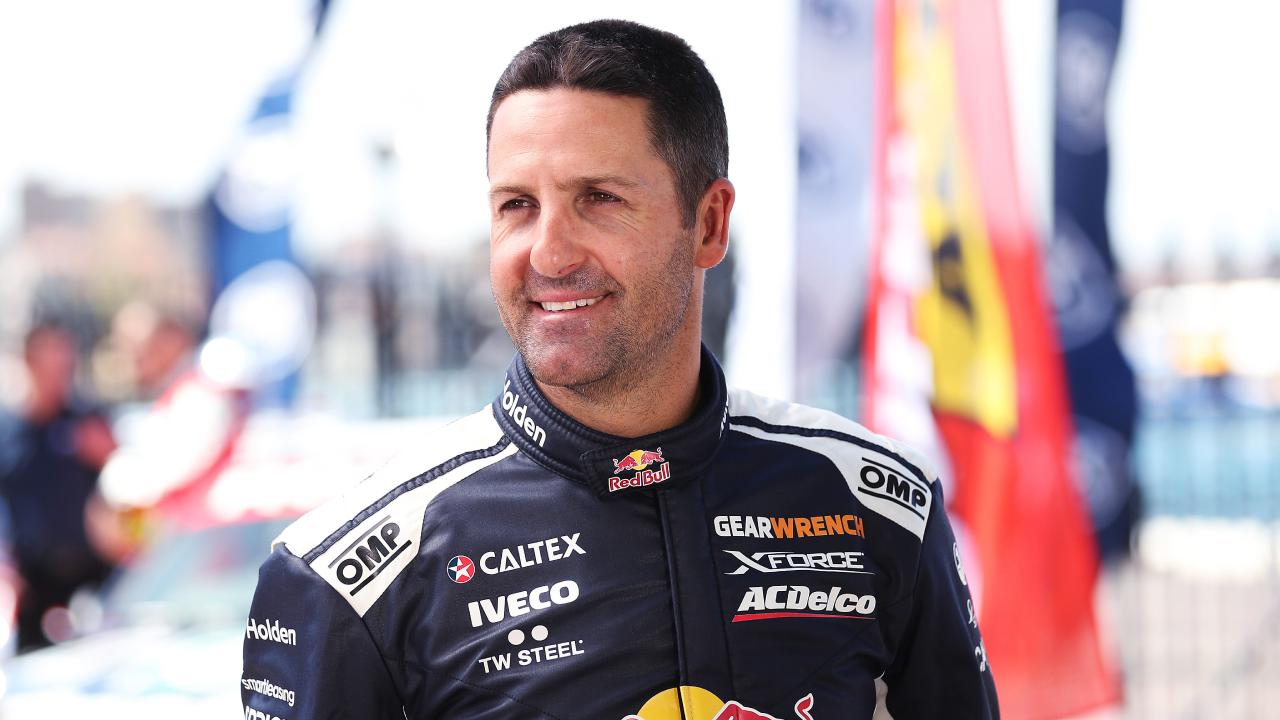 Every time Bathurst season rolls around, the revheads start their musings on the days of Brockie and Allan Moffat, and how wonderful they were. The younger motorsport enthusiasts all swear that Daniel Ricciardo is the best overtaker to drive a Formula One car, and with a decent manufacturer he’d be winning titles for fun.

They all forget to mention the living legend in the twilight of his years in the Supercars Championship.

Whincup has won a record-smashing 117 Supercars races in 477 starts, which is sheer dominance by any standards. To make it more remarkable, he didn’t do it against chumps. Whincup has shared the grid with legends like Mark Skaife, Marcos Ambrose, Greg Murphy and his talismanic teammate, Craig Lowndes.

Partnering with Lowndes to sweep the Bathurst event three times consecutively in 2005-07 – the first drivers to do that since Brock himself in 1982-84 – and winning the overall championship a remarkable seven times, Whincup is already a living legend of the sport and he’s not yet retiring.

Triple Eight’s new headliner might be as remarkable as their last. 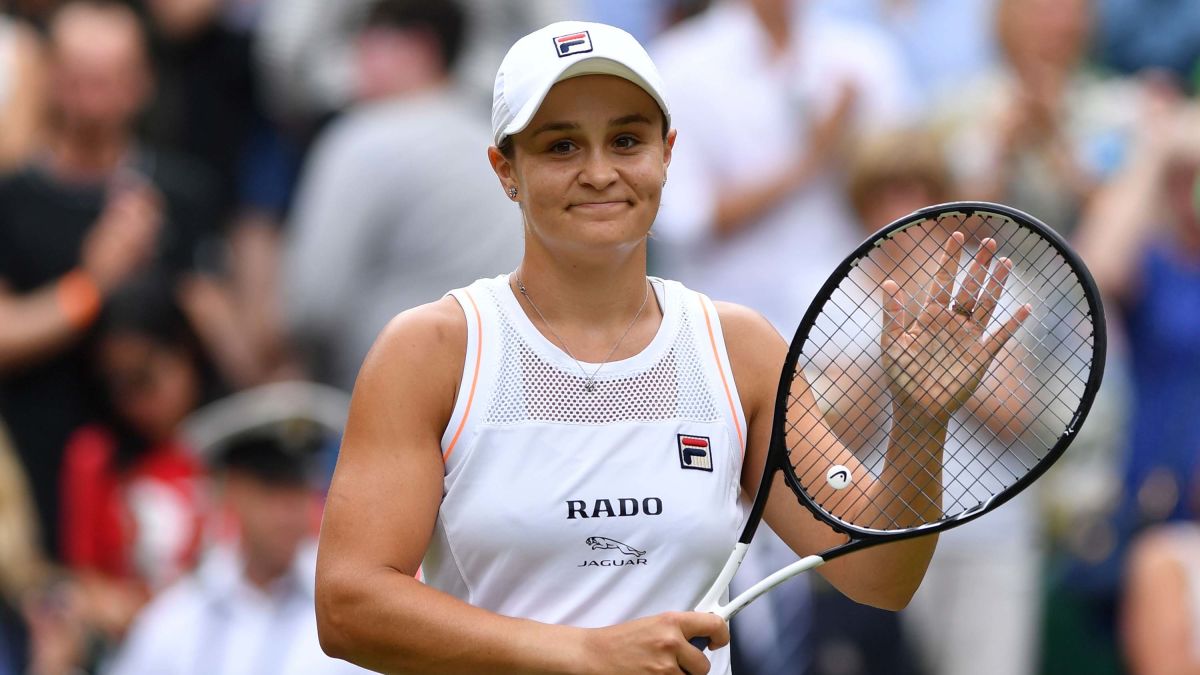 Ash Barty has taken the tennis world by storm, becoming the first Australian woman to win the French Open since Margaret Court in 1973. She’s got eight WTA titles to her name and currently sits proudly as the World Number 1 in women’s tennis.

This girl is an absolute sensation, and no matter what her future holds, I still rate her as our best current tennis player and probably approaching Lleyton Hewitt as our best of the century. In my books though, we’re witnessing the start of a sensational career, and I think Barty still has something to prove before we can start hedging our bets on another Aussie tennis legend.

An Australian Open win would have gone a long way towards that, which she, unfortunately, missed narrowly with a semi-final exit. However, a title defence in France before a real crack at Wimbledon is still to come this year, and I rate her as the name to watch in Australian sport.

Watch this space: she could be the answer to our prayers for a new legend. 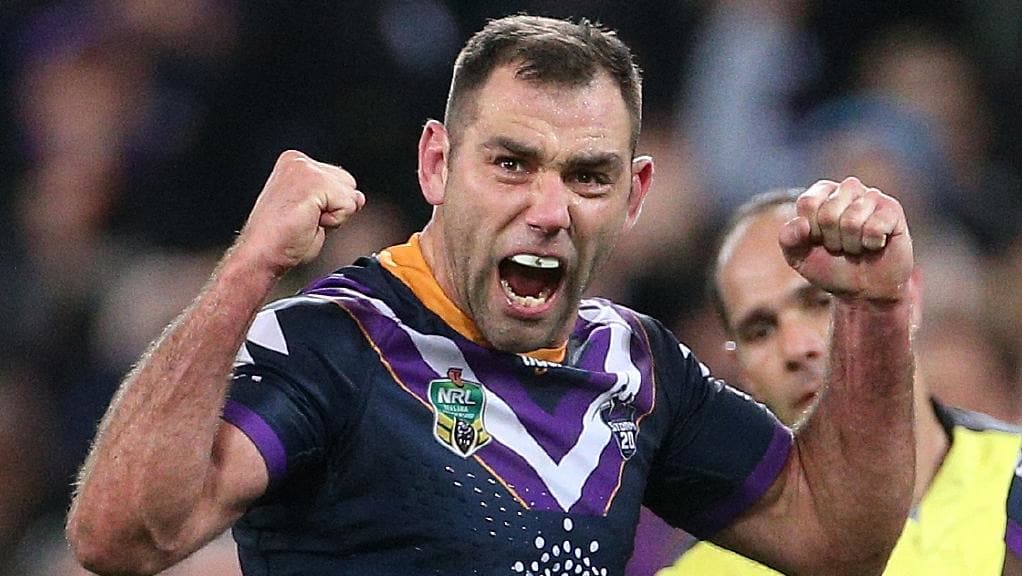 This man will never retire, will he?

And why should he? The Melbourne Storm talisman and captain holds records across the board in NRL, State of Origin and international rugby league. With 2,602 points in 411 games across an incredible NRL career that will have spanned 15 seasons this year, there’s no doubt he’s one of the greatest to play the game.

He’s lifted the NRL trophy four times (well… technically), the State of Origin shield five times and has too many individual accolades to list in this short article. Honestly, they might as well hurry up and build his bronze statue.

Unfortunately, he won’t be around much longer, being 36 years old, and there’s a definite argument that he’s well past his prime, but there’s no denying while he’s still taking the field that he’s currently the best to be still playing the game.

Like his namesake on this list though, there are a few blights on his record, with his involvement in the Storm’s salary cap breaches between 2006 and 2010. Like Steve, he was more of a bystander in the know, but sportsmanship is essential in this country, and it should always be a footnote.

Ellyse Perry: Currently the talisman of the Australian women’s cricket team, one of the most formidable all-rounders in the game. Not to mention she was capped for the women’s football team, too. Is there anything she can’t do?

Daniel Ricciardo: Australia’s representative on motorsport’s biggest stage. He hasn’t achieved what she’s probably capable of, mainly due to working with some sub-par teams in Red Bull and Renault, but he’s a talent nonetheless.

Nathan Lyon: He’s not called the GOAT for no reason. As Australia’s most successful off-spin bowler of all time, Gary is starting to be mentioned among names like Shane Warne in our cricketing history.

Nick Kyrgios: Look, if he wins a Grand Slam, I’ll be right on board the Kyrgios train. There’s no denying his talent to be able to share the court with legends like Rafael Nadal, but Kyrgios has been a little too much drama and not enough end-product for my taste just yet. He’s still young – plenty of time.

Mathew Ryan: Here’s a name that’s gone under the radar. Currently considered one of the stronger goalkeepers in the Premier League with Brighton, Mat Ryan has made the Socceroos #1 jersey his own and even been linked with a move to supergiants Manchester United.