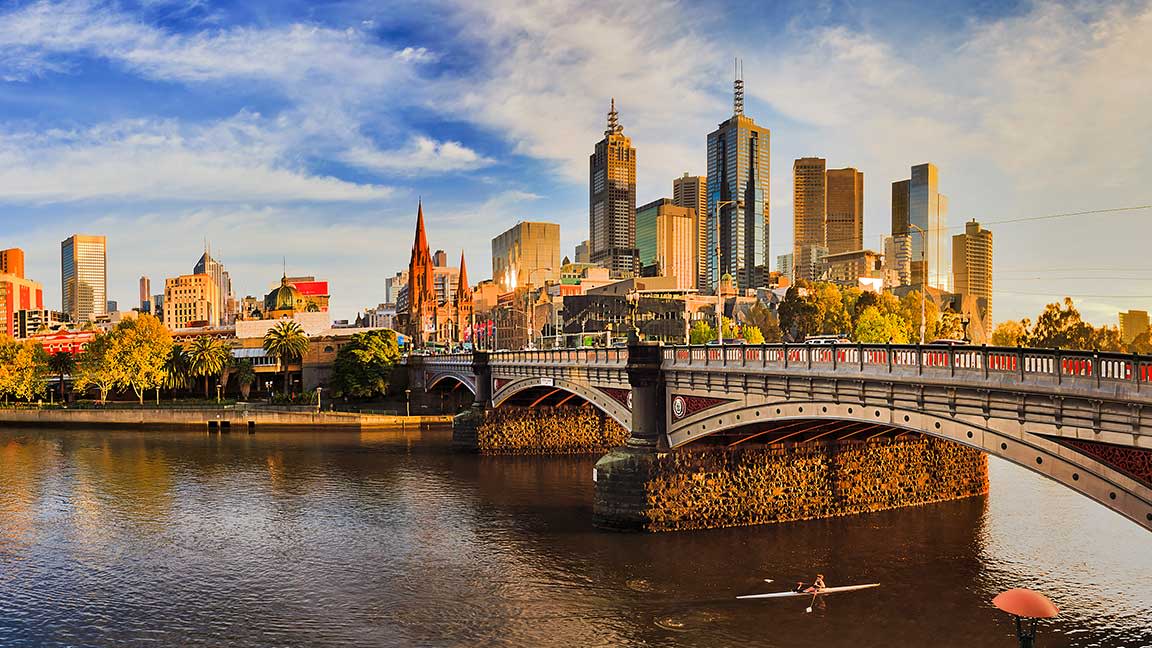 As a theatre student, it was one of my greatest shames that I’d never been to Melbourne.

Sydney? Sure. Plenty of times, and for every reason from sports competitions to visiting family. But I’d never gone as far as the Victorian capital. So, the Australia Day long weekend seemed like an excellent excuse to explore somewhere new.

And what I found was the best Australian capital city I’ve been to, bar none.

It took me no time at all to conclude that I would much rather be in Victoria than the hustle-bustle of Sydney, and here are a few reasons why.

Gladys Berejiklian, take note: this is how you pull off a light-rail system.

I’d go so far as to say that no public transport system in any of our capital cities has entirely lived up to Melbourne’s famous old trams.

I’ve been a big fan of the Gold Coast’s light-rail since first riding it, but even that pales in comparison. The frequency of both stops and trams, the gloriously convenient tap-on system and the absolute godsend that is the free tram zone make Melbourne a complete walk in the park to get around. There are trains and buses as well, of course, but if you’re anywhere between Royal Park and St Kilda, there’s no contest for what’s most convenient.

If you’re a tourist wanting to see Sydney Harbour, you’re left with the choice of either the exorbitant hotel prices of the CBD or a rather strenuous train commute from an outer suburb.

In Melbourne, it’s a matter of a quick hop to your nearest tram station, which is never more than a block or two away and about five bucks to ride for up to two hours. I had no issues staying more than five kilometres outside the city while sightseeing on every day of my trip. I love it.

Okay, the Opera House is gorgeous.

But I don’t think anything in Sydney has quite taken my breath away like Flinders Street.

Call me a geek, but from the historic sights like Flinders Street Train Station and St Paul’s Cathedral to the more modern marvels of Federation Square and Eureka Tower, the centre of Melbourne is bafflingly beautiful.

Even the less-attractive Docklands had an appeal that only Sydney’s most significant attractions can match for me.

And I can’t write a section on Melbourne architecture without shout-outs to the stunning Regent Theatre, the Shrine of Remembrance and, of course, a suburb you’ll hear mentioned a lot in this article, St Kilda.

There’s a lot of history and beauty in Sydney as well, but Melbourne is a much better city to walk around and soak up the gorgeous sights. 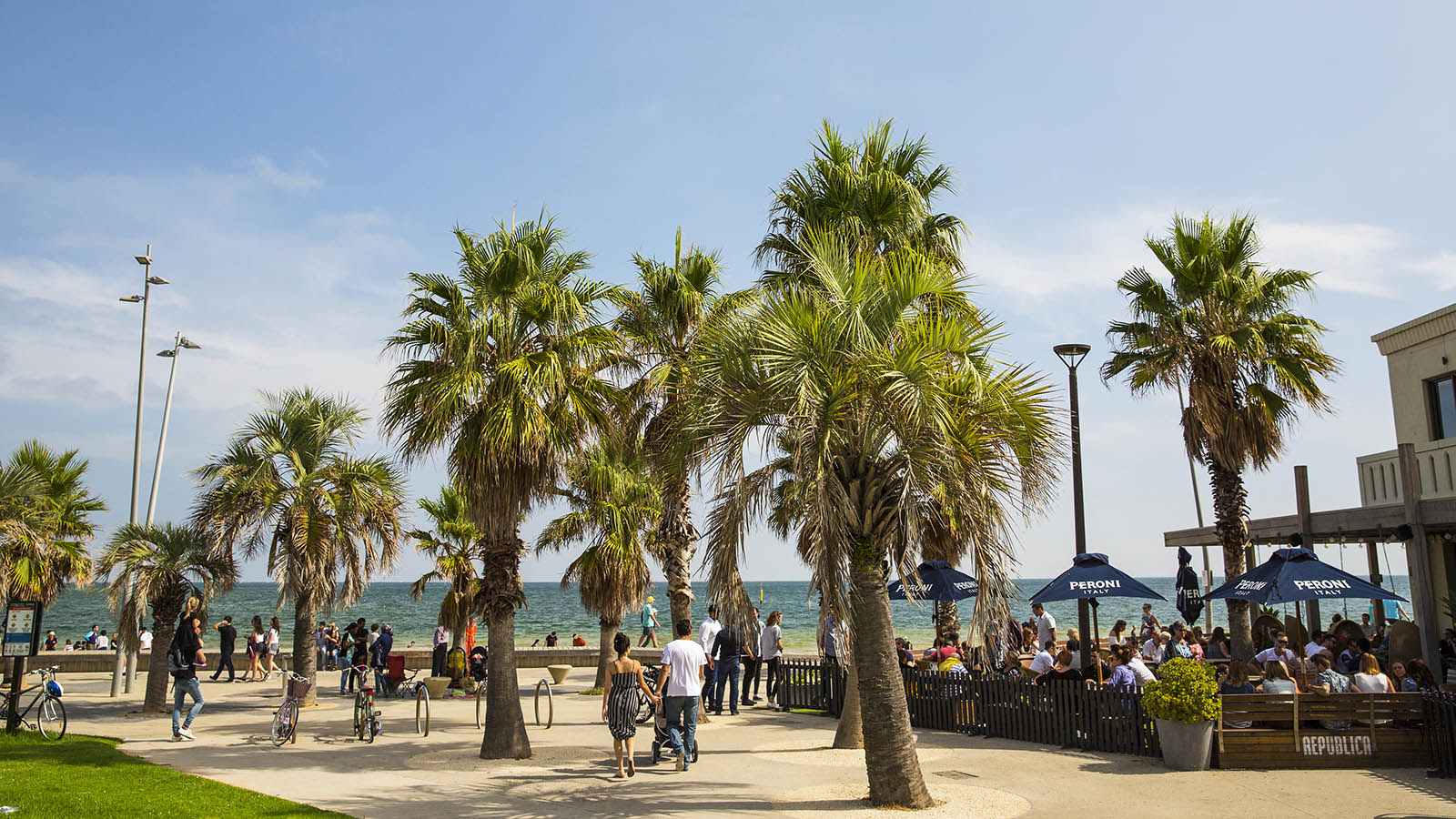 But if you’re not after a gnarly wave to catch, the beach on St Kilda’s foreshore has Bondi beaten hands-down.

For starters, the foreshore has got it all, from high-quality coffee to dog-friendly parks, a walking and cycling track, the action-packed and historically excellent Luna Park, markets, tram stations nearby and so much more. There’s something for everyone while you’re enjoying the sun.

The beach itself is set against a picturesque backdrop of boardwalks, roller coasters and the fabulous Melbourne skyline.

Plus, the crowds are never as notoriously awful as they are in Sydney’s east.

So, unless I’m looking for a ripper wave, I’d much rather be at the beach down south next summer.

Maybe it was just my eagerness to see it all, but everything in Melbourne seems to be so close together.

In one afternoon’s stroll, I started in St Kilda, caught the tram to check out the Formula One circuit and the expansive Albert Park, walked through the picturesque Botanic Gardens past the Shrine of Remembrance, over the Yarra River and before I knew it, I was catching an A-League match at the modern boutique AAMI Park.

And all of that was only a stop or two from sights like Flinders Street and the MCG.

The gorgeous cathedrals sit literally across the street from the ultra-modern Federation Square.

If it isn’t within walking distance, it’s a couple of tram-stops away, and I was consistently surprised by how easy Melbourne was to sightsee in. The journeys that looked the longest on my planned itinerary always raised an eyebrow when I arrived at my destination before I even knew it.

Even the sights in the suburbs like Flemington Racecourse and Brighton Beach were so easily accessible that I almost didn’t plan to see enough!

Okay, I know what you’re about to say. Hook turns.

Controversial opinion: they make sense; no more confusing intersections with 17 lanes and 12 sets of traffic lights with arrows pointing in every direction. It’s an elegant solution to allow you to turn right with the flow of the traffic, and once I caught on, I wished we had them everywhere else.

Even from the moment I crossed the border, the difference between Victorian and NSW roads was noticeable.

The freeways were adorned with frequent rest stops, the surfaces were smooth, and everything was easy to navigate.

As for Melbourne, I was only there for two and a half days, and I left the city without the help of Google Maps. They just make sense.

Another controversial opinion: speed cameras without warning signs are excellent. The stretch of freeway between Melbourne and Geelong was home to some of the most civilised driving I’ve ever seen in this country, and I was blown away.

They do things differently south of the border, and I can understand people’s scepticism. But I love it. Driving into Sydney fills me with dread every time, but after this road trip, I can safely say I would gladly drive through Melbourne for as long as necessary without any apprehension.

Look, Sydney is beautiful. I’ll never say no to a road trip down there now and again.

But Victorians are doing it right. And I think I’ve found my new future home!