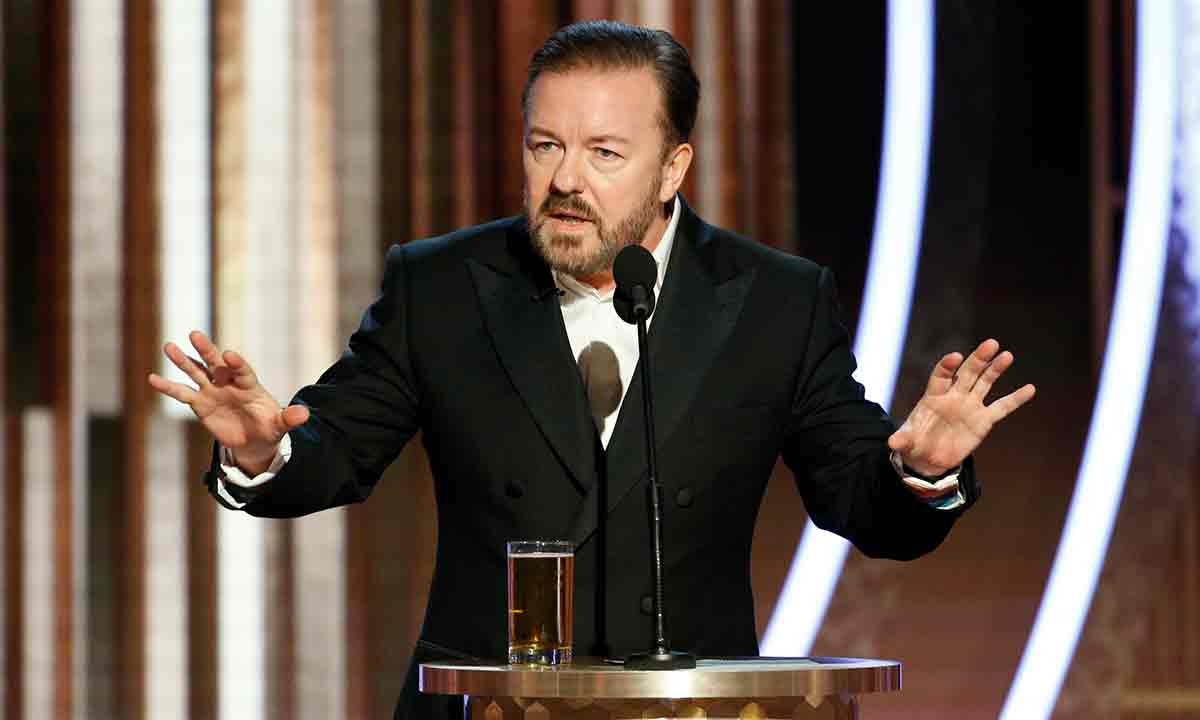 Home / News / Culture / Did Ricky Gervais step over the line at the Golden Globes?

Did Ricky Gervais step over the line at the Golden Globes?

Say what you want about the relevance of the Golden Globes amongst the seemingly endless awards ceremonies at this time of year. Still, the celebrations at this particular instalment made a bit of a splash.

Stars blatantly ignored host Ricky Gervais’ warning against politicising their acceptance speeches and used their 15 seconds in front of Hollywood to plea for action on climate change and the Australian bushfire crisis in particular. It’s sparked that old familiar debate that rears its head every time a celebrity voices their political opinion. Should Hollywood be leading the way for progressive change, or should they all just shut up and stop shoving their views down our throats?

From Meryl Streep’s attack on the Trump Administration to Leonardo DiCaprio’s climate advocacy, there has been no shortage of campaigns from award winners in the past that have inspired some and triggered others.

So, why should we listen to what Hollywood has to say? Are they making a difference, or is it all an attempt for some good PR from a bunch of egotistic millionaires?

The political fallout from the 77th Golden Globe Awards has been far more intriguing than any of the winners. Joker star and Best Actor-winner Joaquin Phoenix was targeted on social media and mocked as a hypocrite after his advocacy for climate action and sustainable agriculture. Meanwhile, host Ricky Gervais has divided the planet with his opening monologue. A far cry from the entertainment that was Maya Rudolph proposing to Amy Poehler last year, Gervais went all out labelling Hollywood’s finest as uneducated and demanding abandonment of any politically-charged acceptance speeches.

“You’re in no position to lecture the public about anything, you know nothing about the real world,” Gervais said after his scathing monologue. “Most of you spent less time in school than Greta Thunberg. So, if you win, come up, accept your little award, thank your agent and your God and f**k off. OK?”

Putting aside the irony that Gervais used the very same monologue to lay siege on every hot-topic issue from big business’ unethical production practices to paedophilia, is this a fair critique?

Well, the sweeping generalisation of this statement could set a precedent that does more harm than good.

Let’s remind ourselves of the most frequently mentioned topic amongst those who chose to ignore Gervais on the night: the bushfires going on in our very own Australian backyard. The wave of bushfire awareness spreading through the celebrity world at the moment, helped by the Golden Globes, has led to millions of dollars in donations to relief and aid charities, including the Red Cross and WIRES. Instagram personality Celeste Barber alone has raised $30 million for the cause, and names such as Elton John, Nicole Kidman, Pink, Metallica and Russell Crowe have joined the calls for support, donating millions between them. Educated or not, Hollywood wields two significant weapons: money and influence. Not even Gervais’ audacious introduction could stand in the way of celebrities sending help and compassion to the growing number of bushfire victims.

But is Gervais right about them being uneducated and ignorant of the real world?

Take Leonardo DiCaprio. He may have dropped out of high school and become obscenely rich and one of the most instantly recognisable faces in the world, but when it comes to climate activism, there is no justifiable way to argue that he is “out of touch”.

DiCaprio donates millions at a time to charities such as the World Wildlife Fund, Global Green USA and the International Fund for Animal Welfare, and has dedicated his life away from the silver screen to using his fame and status as a platform to spread the findings of climate scientists and need for urgent action. His foundation has been working for ecological activism since 1998, and given enough money to fund entire debt-for-nature swaps (basically, forgiving the national debt of entire countries in exchange for a commitment to protect natural sites. More on that here: https://bit.ly/2Fzj5o0)

This is a man who knows and is passionate about what he’s talking about.

Here’s his address at the United Nations to give us a general idea:

The simple fact is, Hollywood’s wealth and influence do not stop them from having the universal human qualities of empathy, compassion and a desire to see the world become a better place.

Every piece of art aims to make a point. Let’s take films, for example. Some films, such as a comedy or a kids’ movie, make a straightforward point. Things like “don’t tell lies” and “love is the most important thing in the world.”

But plenty are political. Among the nominees for Golden Globes this year were Joker, which used a popular comic book character to comment on society’s response to mental illness; The Two Popes, which delves into the controversial bureaucracy behind the Catholic Church; and The Irishman, a reminder not to glamourise violent men that holds some eerie relevance in the political sphere of 2020. Artists work to create pieces of entertainment and literature that hold meaning and make a difference to the world. By acknowledging their quality and elevating them to the status of celebrity, we have agreed to pay attention. We don’t have to agree, but we do owe them the right to speak. Surely the world can withstand 30 seconds more from them?

Ricky Gervais’ sentiments set a dangerous precedent that plays into the hands of groups at the extreme ends of the political spectrum, who want those who seek change silenced, and try to do so through dishonest means instead of rational debate. The kinds of extreme conservatives who attack Greta Thunberg’s age and mental health ultimately tried to silence Streep, DiCaprio and others like them by attacking Hollywood’s elitist persona instead of engaging with the actual debate. Similar strategies were used to silence communist activists in the Cold War. Gervais has fuelled that fire if you’ll forgive a cruel pun. His monologue didn’t argue with the point rationally but instead questioned Hollywood’s right to speak, and you can guarantee that climate deniers everywhere will latch onto those words as an excuse to disregard whatever points, effective or otherwise, Joaquin Phoenix and his colleagues made.

The efforts of Phoenix and others on the night of the Golden Globes to shed light on the reality of the Australian bushfire crisis were undermined by Ricky Gervais’ blatant and hypocritical attack on their character. As much as Gervais prides himself on “offending Hollywood” every time he receives an award show gig, perhaps this time he has taken his monologue beyond the realm of friendly banter and comedy into more dangerous and, ironically, political territory.

After all is said and done, the most political speech on the night came from Ricky Gervais. And it was the only one from this particular ceremony that shouldn’t be paid attention to.