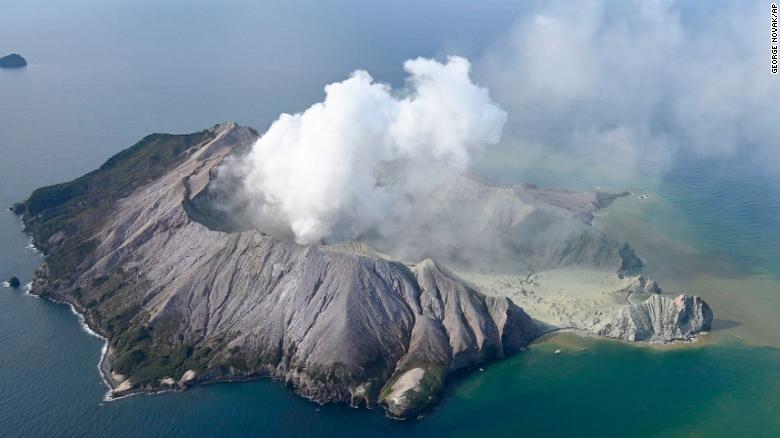 Today we sat down with Dr Timothy Chapman as we discussed the tragic events that have recently occurred in New Zealand including how this came to happen and what it means for geological sciences.

On Monday the 9th of December, New Zealand’s White Island volcano erupted. At the time there were up to 50 tourists and guides on the island. The tragedy has cost lives and caused many threatening injuries with people still unaccounted for. But why did the volcano explode? How does an event like this occur?

White Island volcano is an active submarine volcano, placing it at the edge of tectonic plates and meaning that the magma within the volcano could interact with water. Being an active volcano it is constantly monitored, so how does an event like this occur? Well, White Island has recorded low levels of activity for a long time and each volcano is unique. Increases in activity won’t always lead to an eruption and the amount of activity recorded before an eruption is unique to each vent. In effect, predicting an eruption is extremely difficult.

In our interview with Dr Chapman, he explained to us how the White Island eruption could have been caused. We also take a look underground at what could be happening to the Earth under the surface of this explosive event. Lastly we look at how this ties into geology and how we can use events like this to learn more about how our planet was formed.

Dr Timothy Chapman is a Postdoctoral Fellow here at UNE. His research is a mix of igneous and metamorphic petrology ( studying the origin, structure and composition of rocks), focusing on the formation and evolution of the lithosphere and mantle. Of particular interest are processes occurring at high-pressure and applying various datasets including field relationships, geochemistry and micro-analytical techniques. A primary interest is the utilisation of this natural geological information obtained at the micro-scale together with advanced computational methods such as phase equilibria modelling to elucidate petrological processes, including mineral and rock formation and tectonic evolution. His research has taken him to some pretty cool places including Fiordland, New Zealand, New Caledonia, New England, and the Izu-Bonin arc, Japan.