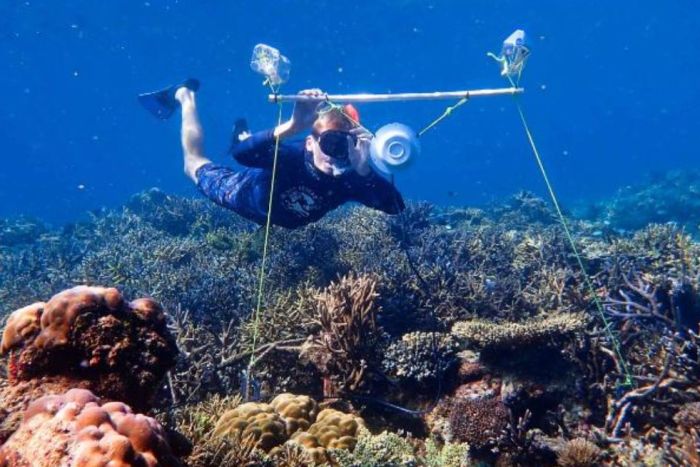 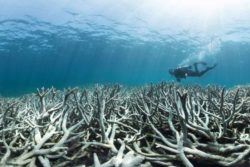 Are you a fan of quietness or do you have your smart speakers blaring out at all hours? It turns out that coral reefs have a definite preference. The louder a coral reef is the healthier it is. A study conducted in 2018 found a distinct difference in noise levels between a healthy coral reef system and those that have been damaged by severe weather systems and coral bleaching.

Study co-author Mark Meekan from the Australian Institute of Marine Science reported to the ABC that “listening to a healthy coral reef through underwater audio amplifiers called hydrophones, was like listening to bacon frying in a pan.” Coral reef recovery relies on young fish for the replenishment of nutrients to the coral reefs. Without the nutrients coral reefs will quickly continue to deteriorate and acoustic changes could impair reef resilience as a whole. 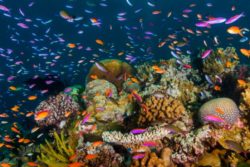 Putting this research to practical use this year scientists are now luring fish back to the Great Barrier Reef by making it sound alive. After taking recordings of shrimp snapping, fish grunting, and other sounds, they played them on underwater speakers in the hope that fish will return. As a result, the number of fish had doubled at the site within 40 days. Researchers also discovered that the variety of fish species had increased by 50% during this time. Tim Gordon, lead author and PhD student from the University of Exeter told the ABC yesterday, “Boosting fish populations in this way could help to kick-start natural recovery processes, counteracting the damage we’re seeing on many coral reefs around the world.”

For more information on this study go to PNAS website.