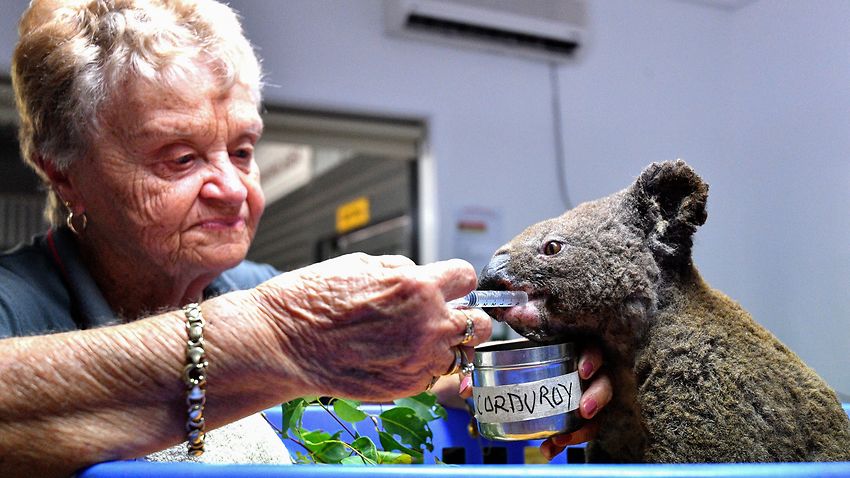 Koalas. These cute, cuddly marsupials are an iconic image of Aussie wildlife. They are probably the only wildlife that won’t try and kill you in our sun-burnt (and now fire burnt) country. These fires, that still continue to make their way through the states, have made a severe impact on the wildlife. In New South Wales alone over 2 million hectares of land has been burnt. Unfortunately, this included an area hundreds of our native koalas called home. According to estimates provided to Forbes by chairperson Deborah Tabart, the fires have killed up to 1000 koalas in the fires and these numbers may continue to rise. The devastation hit animal lovers hard and images like this footage of Ellenborough Lewis made world headlines.

However, all is not lost for our furry friends! In fact, they are about to gain a whole lot more thanks to the hard work of the Port Macquarie Koala Hospital. Originally starting their GoFundMe page to provide wildlife drinking stations with a goal of $25,000, the outpouring of support has become overwhelming. So overwhelming that the fundraiser is now the most successful in Australian history, raising over $1.8 million and counting! The love for the inspiration behind Caramello’s is strong that the Koala Hospital can now go bigger and ensure the continued protection of these species at risk of extinction.

The Koala Hospital has been able to increase the number of water stations they can provide and even include a water carrier to keep the hydration stations stocked over the dry summer months. Given the amount of outpouring they can now also establish ‘Koala Ark‘ a proposed plan to create a natural sanctuary and breeding program for the koalas in two separate locations across New South Wales. They have also been working with Mid North Coast Correctional Centre to establish a secure food supply for the species into the future by donating 1,000 eucalyptus seedlings of differing variety to be planted by inmates as part of a long term plan to build a forest of over 6,000 trees. With donations for the fundraiser continuing, these plans could develop with even more conservation efforts being able to take place to help koalas like Bellangry Kate.

If you want to learn more of what the Port Macquarie Koala Hospital does and how your donations are used, check out this video from the National Geographic. Their fundraiser can also be found here.

Bellangry State Forest (SF) Kate on the day she was found in burnt out country by Darrel. He may have got the sex wrong, but he did the right thing by gently capturing her using a big blanket and bringing her to us. Bellangry SF Kate has burns to hands, feet, face and full singeing of her body. She arrived very dehydrated and is now in the 5 star service burns ward at the Koala Hospital.