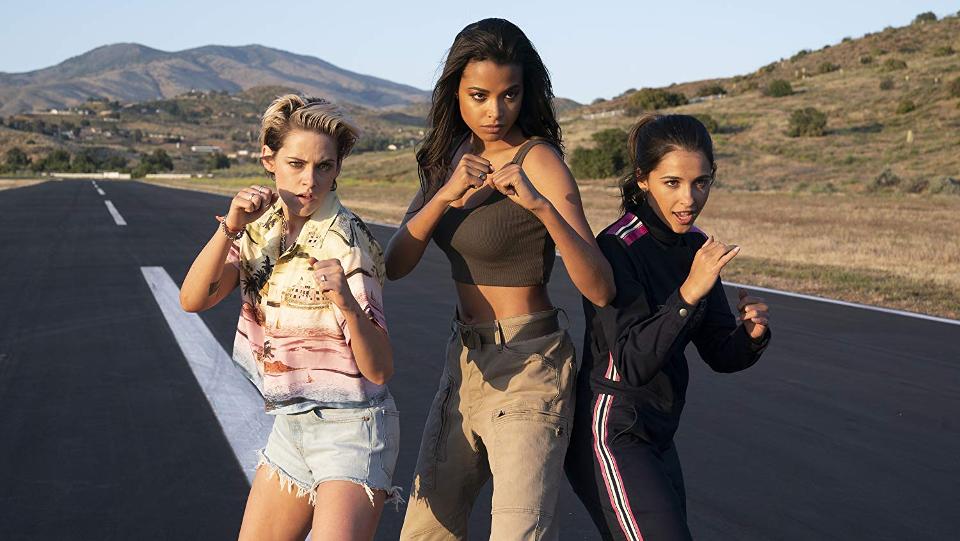 But the fact is, this film is not just another bad Hollywood reboot. It’s actually an attempt at a political statement gone horribly wrong – and it’s doing more harm than good.

Charlie’s Angels was originally a very popular TV series that ran for five seasons in the late 1970s to early 1980s, and while it was immensely popular, let’s be honest about one thing: it didn’t exactly empower its female stars. Featuring deliberately revealing costumes, overbearing male love interests and shots designed to flaunt the actresses’ bodies to a male audience, it was about as feminist as you would expect an action series to be in the 1970s.

The 2019 film reboot was pitched by director Elizabeth Banks as a “modernisation” of the series. It was intended to be an attempt to reclaim the strong female protagonists as empowering role models for young women, rather than objects of male desire. There were just a few problems.

The biggest problem could probably be foreseen in the fact that Banks had nothing to do with the script. In fact, the script was written by two male writers: Evan Spiliotopoulos, who is responsible for several Disney films including Hercules and Beauty and the Beast; and David Auburn, traditionally a playwright responsible for the Pulitzer-winner Proof. While there is definitely nothing wrong with male writers creating feminist masterpieces (see Daniel Stiepleman’s wonderful work in On the Basis of Sex), there was a noticeable clash between what the director wanted to achieve, and the intended purpose of the script. Banks’ desire to empower the Angels wasn’t helped by a mundane and cliche script that called for a lot of flaunting of three attractive actresses to the audience in very archetypal action sequences.

This clash of interests really undermined the entire film from the very beginning. Overhanded and sloppy attempts at feminist dialogue were contradicted by action scenes that were tiresome, two-dimensional and were clearly shot for exactly what the male target audience would want to see. There is nothing inherently wrong with three attractive female characters being confident and flaunting their looks – but when fight sequences are designed to ensure we see as much as the PG-rating will allow, it’s quite clear that decisions were made based on who would buy tickets (young adolescent males), rather than any dedication to the feminist purpose of the art.

Aside from the extremely predictable plot, terribly-written dialogue, awful delivery of lines and wooden performances from the majority of the lead cast (Kristen Stewart was a standout), this was the most disappointing element of this film. It advertised itself as a different brand of Charlie’s Angels – a new era focused on strong female protagonists to inspire women rather than necessarily attract men. Its failure to make up its mind and stray from the tropes of the original made it just another chapter in a series well-renowned for being quite objectifying of women – and a pretty average chapter, at that.

So, Charlie’s Angels is a flop. Where does feminist Hollywood go from here? What are they doing wrong and how can they do it better?

In my opinion, Hollywood has focused on the wrong side of the feminist cinema coin. There have been numerous attempts, some more successful than others, to push already-existing female role models into the mainstream spotlight. Think Wonder Woman, Captain Marvel and Black Widow. While this is wonderful, and a number of these have been extremely well-made films, it is a symptom of a problem that will cause more harm than good: Hollywood doesn’t know what a strong female character looks like.

While Wonder Woman is an absolute badass, she was first created as a character in the early 1940s. No matter what changes are made to her origins and plot in the film reboots, the discourse surrounding this strong female character is long outdated.

While Gal Gadot, Brie Larson and Scarlett Johansson should rightfully be praised for bringing female protagonists to blockbusters, there are examples, such as Charlie’s Angels and Ocean’s 8, which have been slammed by critics as being lazy regurgitations of female characters that bring little to feminist discourse, and even damage it by repeating outdated ideas of what a woman should be. Even worse, the reboot of Ghostbusters is an example that Hollywood is so clueless on how to empower women, that it needs the template of powerful male characters to even put women in a position of power in the first place.

I would never argue that female characters such as Charlie’s Angels shouldn’t have a chance at a reboot or a revival in the public eye. However, what Hollywood needs is original female-driven scripts. The audience needs characters that reflect society’s changing values of a woman’s place, the significance of gender and the performativity of identity. Regurgitating old material or simply flipping the scripts of male-driven plots proves a lack of care or understanding of the feminist movement and actually propagates the ideas that these female characters originally represented – such as the objectification of female superheroes in their original comic series.

If you’re a writer in Hollywood today, particularly a female writer, the responsibility rests upon you to create characters who can inspire and be role models to a new generation of young women who value themselves much differently and aspire to much different goals than previous generations.

Instead of rebooting Charlie’s Angels, perhaps the wonderful ideas of Elizabeth Banks would best be served with an original script that is certain about what it wants to achieve, and doesn’t simply propagate all that Charlie’s Angels has stood for over the 40 years of its existence.

Banner image credit: Photo by Merie Weismiller Wallace – © 2019 CTMG, Inc. All Rights Reserved. **ALL IMAGES ARE PROPERTY OF SONY PICTURES ENTERTAINMENT INC. FOR PROMOTIONAL USE ONLY.