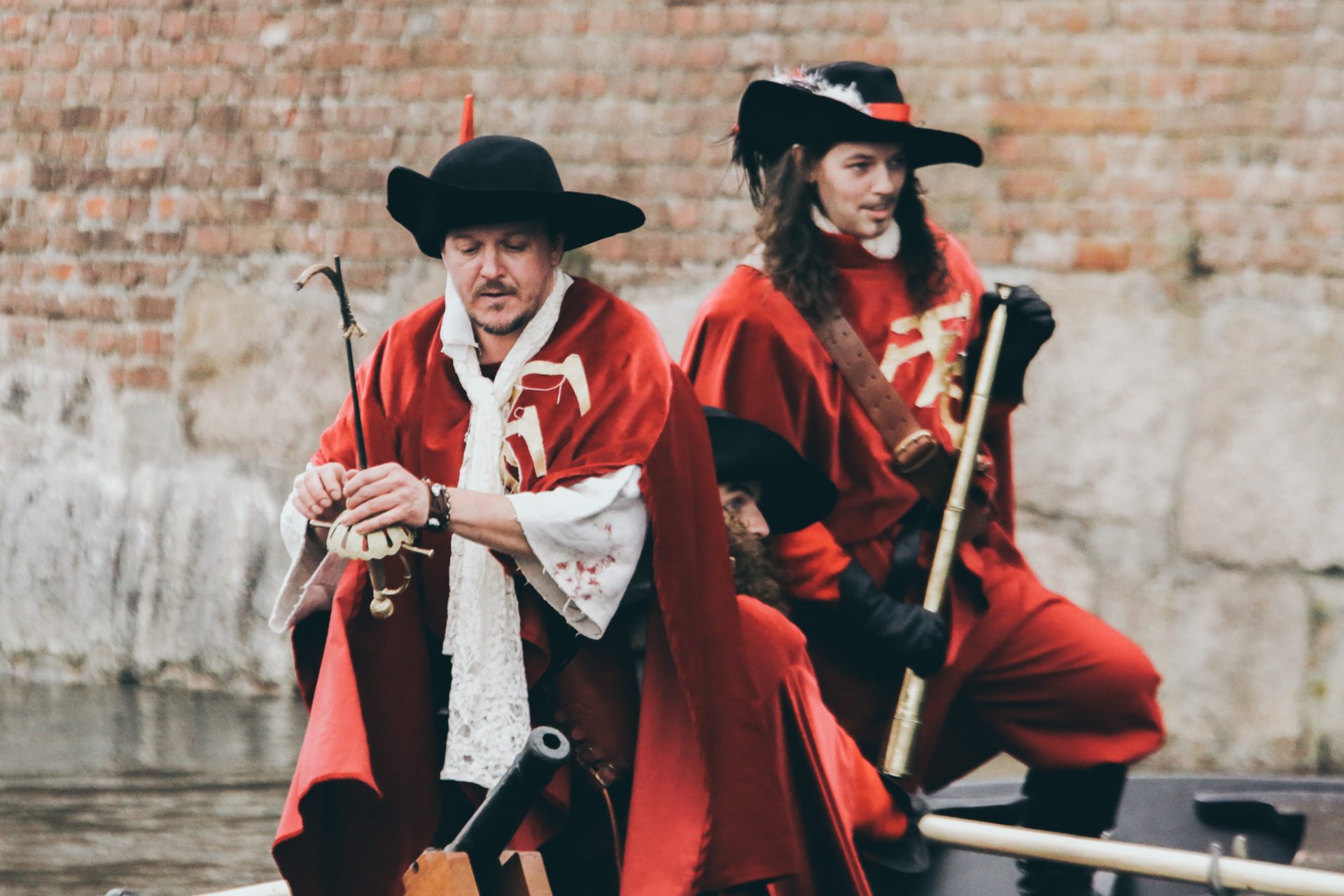 Why would anyone shiver their timbers? Here’s how pirate words arrr preserving old language

There’s no shortage of special days throughout the year. Some — like International Literacy Day — speak to important issues in society. Others speak to our inner dag.

Today marks one of the daggier days, International Talk Like a Pirate Day. It marks the occasion when Americans John Baur (aka Ol’ Chumbucket) and Mark Summers (aka Cap’n Slappy) first proclaimed in 1995 that everyone in the world should talk like a pirate.

And so we thought we’d take the chance to answer a few pirate questions. Why do pirates say “arr”? What are timbers — and what happens when they get shivered?

Who put the ‘arrr’ in pirate?

The modern-day fiction of pirate-speak emerged from pirate-themed amusement rides, books and films, especially the Disney classics like Treasure Island, the Pirates of the Caribbean series — and of course Australia’s own Captain Feathersword of the Wiggles fame.

The signature pirate voice is West Country (or some version of it). But why West Country?

True, south-western England produced well-known pirates like “Black Sam” Bellamy and “Long Ben” Every, but famous pirates came from all over. Captain Kidd hailed from Scotland, Black Bart from Wales, William Burke from Ireland and Edward “Ned” Low from London.

But it was Dorset-born Robert Newton – acclaimed actor and patron saint of Talk Like A Pirate Day – who set the fashion for pirate-speak. His portrayal of Long John Silver and Blackbeard in 1950s films set the gold standard for pirate voices on the screen – including the “arr”.

Together with the skull-and-crossbones logo, this accent built the pirate brand.

The books and movies that launched the pirate brand all those years ago have acted like artificial life support systems for expressions that otherwise would have long bitten dust.

Making many regular appearances on September 19 are expletives like “timbers”, “shiver me timbers” and “sash me timbers” – all nautical exclamations from the late 18th century.

Timber was a slang term for “wooden leg” (“timber toe” meant “man with a wooden leg”). It was also a nautical expression for the pieces of wood making up the ribs or frames of a ship’s hull. The term “shiver” meant “to splinter” (by happy coincidence, English has another verb “shiver” with equally appropriate “quiver, tremble” senses).

There was undoubtedly a bit of word play going on with these mock oaths — the idea being something like “may my wooden leg (or ship) fly into small pieces!”. They are modelled along the lines of frightful curses like “Gorblimey” (a truncated version of “May God blind me”) and “Drat” or “Rats” (innocent sounding expressions until you realise they’re disguised forms of “God rot them”).

Like “(God) strike me dead” and “blow me down”, shiver me timbers was rare by the mid 1800s and is never encountered these days – except on September 19.

We see a similar pirate-specific support of nautical terms like “hearty” and “lubber”. When pirates say “me hearties”, they’re giving due respect to a person for bravery or other admirable qualities. “Hearty” was even another word for “sailor” from the 18th to the early 20th century.

“Lubber” has been around since the 14th century and referred to a clumsy and idle person. In fact, before becoming part of sailor parlance, people spoke scathingly of the “abbey-lubber” (monks living in idleness or self-indulgence).

And from the 16th to the 19th centuries, we see the “lifting” hearties speaking of the “leaning” lubbers, especially those land-lubbers.

Our knowledge of sea-faring lingo comes from early manuals like seamanship writer Samuel Sturmy’s Compleat Mariner (1669). Some of this nautical jargon made it into ordinary language and survived — “by and large”, “taken aback”, “underway” and “go by the board”.

The so-called golden age of piracy (late 17th and early 18th centuries) happened to coincide with the golden age of travel literature, and it became the fashion of the time for writers to pepper their memoirs and travelogues with nautical words. This was so much the case that philosopher George Campbell described the practice as a “source of darkness in composing”.

Early slang dictionaries are another source of “tar phrases”, tar being an early appellation for a sailor. Early lexicographer Captain Francis Grose’s Dictionary of the Vulgar Tongue groans with 18th century nautical gems like “shipshape” (orderly), “junk” (pieces of old rope and, later, “pieces of salted pork”), and lashings of terms for food and drink — “belly timber”, “slush and tack” (food), “grub-spoiler” (cook), “flash the hash” (to vomit), “grog” (rum and water), “sluice the gob” (to drink) are some of the success stories.

Those who see scruffy slang as a shortcoming of modern times might be surprised to encounter in Grose’s dictionary entries like “Vice Admiral of the Narrow Seas”, which he defines as “a drunken man that pisses under the table into his companions’ shoes”.

In fact, many current terms around drunkenness hail from this time: “slewed”, “(well) spliced”, “listing to starboard”, “three sheets to the wind”, “legless”, “keel over” and “guzzle-guts” (“one greedy of liquor”). Even the phrase “name your poison” as an invitation to drink was early sailing slang. It seems the expression “drunk as a sailor” is well founded.

So go ahead and enjoy International Talk Like a Pirate Day. It’s the one day when all around the English-speaking world, you can hear “shiver me timbers” and a flourishing of picaroon “arrrs”!

And if our short introduction has whet your appetite, check out the talk like a pirate website or use a pirate translator. These ‘ere translatin’ contrivances be fer turnin’ decent English into the lingo of sea-dogs. At this point we’ll sling our hook…