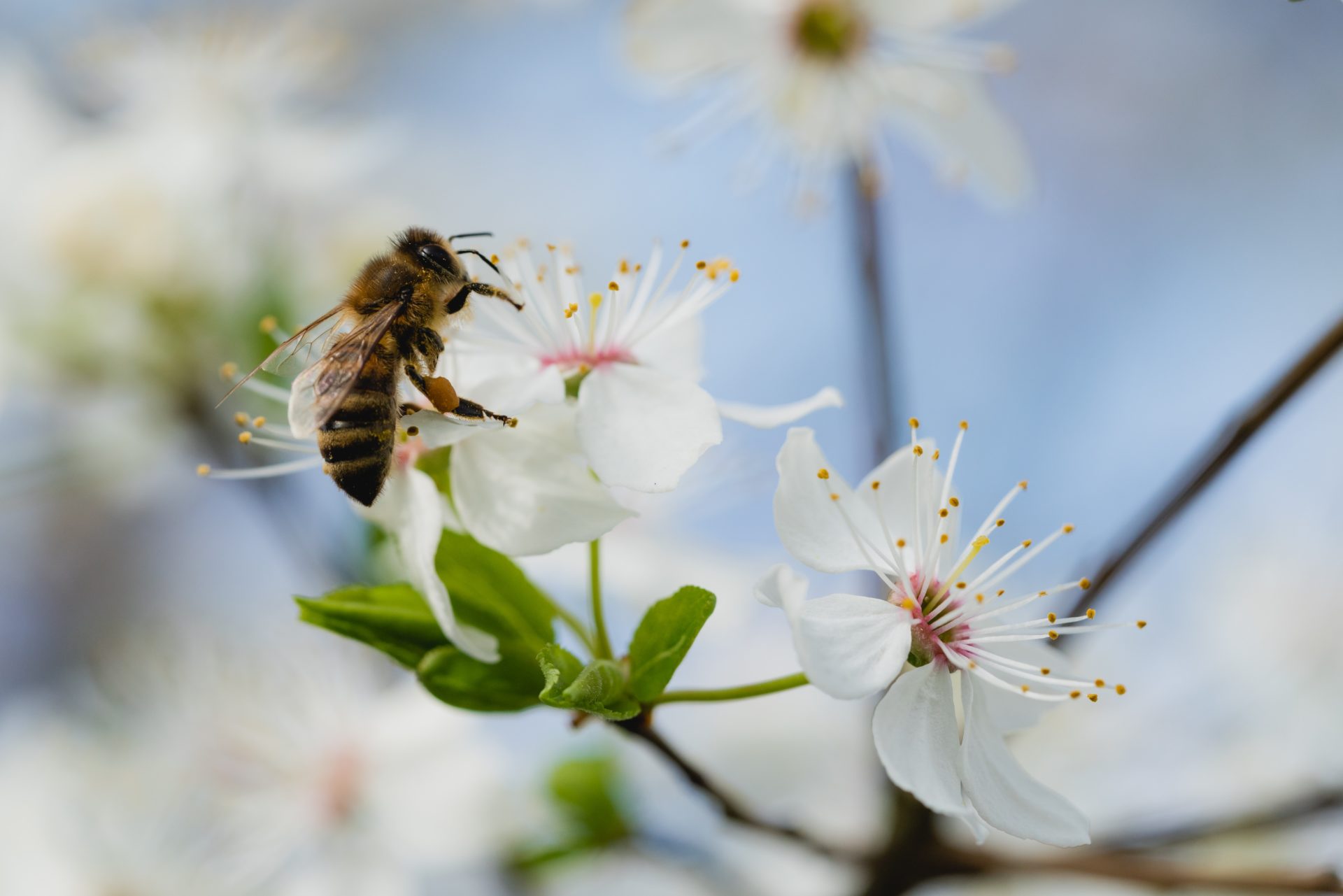 Home / News / Science and Research / Bees: how important are they and what would happen if they went extinct?

Bees: how important are they and what would happen if they went extinct?

How important are bees and what will happen when they go extinct? Is there research into what is killing them? I’ve been told it’s weed killers… – Tink, aged 18, Cornwall, UK.

Bees – including honey bees, bumble bees and solitary bees – are very important because they pollinate food crops. Pollination is where insects move pollen from one plant to another, fertilising the plants so that they can produce fruit, vegetables, seeds and so on. If all the bees went extinct, it would destroy the delicate balance of the Earth’s ecosystem and affect global food supplies.

There are more than 800 wild bee species within Europe, seven of which are classified by the International Union for Conservation of Nature (IUCN) as critically endangered. A further 46 are endangered, 24 are vulnerable and 101 are near threatened. While it’s unlikely that all bee species will be wiped out anytime soon, losing these threatened species would still have a big impact on pollination around the world, wiping out plant species, some of which we rely on for our food.

But the problem goes far beyond bees. In fact, honeybees are responsible for only one third of crop pollination and a very small proportion of the wild plant pollination. There are a diverse range of other insects including butterflies, bumblebees and small flies that do the rest of the work – and it looks like these insects are in trouble too.

A recent study suggests that as many as 40% of the world’s insect species are in decline. Insects are facing extinction rates that are eight times higher than vertebrates. In Germany, scientists have recorded losses of up to 75% of the total mass of insects in protected areas.

These trends lead scientists to believe that about a third of all insect species – that’s nearly 2m – may be threatened with extinction. And that figure is growing by over 100,000 species every year. Yet hard data on threatened insect species is lacking, with only 8,000 records actually assessed by the IUCN.

Here’s a rundown of what scientists believe to be the top causes of declines in insect diversity and abundance.

Invasive predators, parasites and disease-causing bacteria called “pathogens” have been blamed for the collapse of honeybee colonies around the world.

Recently, the spread of the Asian Hornet in Europe has caused great concern. This species preys on honey bees, and a single hornet is capable of killing an entire hive.

There is some evidence that wild bees in North America have declined in the face of fungal and bacterial diseases.

Of course, in the past bees have coexisted with these pathogens. The fact that scientists have seen more bees lost to these diseases in recent times is probably linked with the bees’ increased exposure to pesticides, which can damage their immune systems.

Pollution – particularly from exposure to pesticides – is a key cause of pollinator decline. There are three types of chemical pesticide widely used in the UK: insecticides targeting insect pests, fungicides targeting fungal pathogens of crops and herbicides targeting weeds.

Insecticides contain chemicals that can kill pollinators, so they’re clearly a threat. But they may not be the greatest problem pollinators experience. Herbicides are actually used five times as much in farming as insecticides. These weed killers target a huge variety of the wild plants that bees need to forage.

Environmentally-friendly farming schemes recommend planting wildflower strips on the edge of crops, to provide safe refuge and food sources for pollinators. Yet drifting clouds of herbicide from growing fields can contaminate these wildflower strips.

The most cutting-edge research suggests glyphosate (the most commonly used weed killer) can impact the gut microbes of bees, which can have devastating implications for their health.

Although exposure to herbicides and pesticides used by farmers is likely to be one of the main causes of pollinator decline, the chemicals used by city authorities and civilian gardeners might also be harming bees and other insects. So, for the bees’ sake, it’s best to avoid using them where possible.

Global warming is believed to be a major driver of wild bee declines. Some wild bees can only survive in a narrow range of temperatures. As their habitats get warmer, the places where they can live grow smaller. For example, some might be forced to live at higher altitudes, where it’s cooler, reducing the space they have to live in.

The way land is farmed has been associated with declines in biodiversity and pollination. Farming destroys the kinds of spaces that bees use to nest, it takes away the diversity of food that bees use to forage on and it even has wider impacts on other animals like wild birds, mammals and amphibians.

While countless insect species are currently going extinct, those that remain are taking their place, so it’s unlikely that crops will stop being pollinated any time soon. Generalist species such as the buff-tailed bumblebee, the European honey bee and common small black flies, which can survive in a huge range of temperatures and conditions, will become the main species pollinating our food sources, while rarer, more specialist species will decline.

But as generalist species move in to take the place space left by the losses of specialists, and complex ecosystems become dominated by a couple of generalists, the whole system becomes far more susceptible to a single sudden change. Insects form the base of many intricate food webs, their decline will result in a complex cascade of impacts on vertebrates, threatening ecological stability.