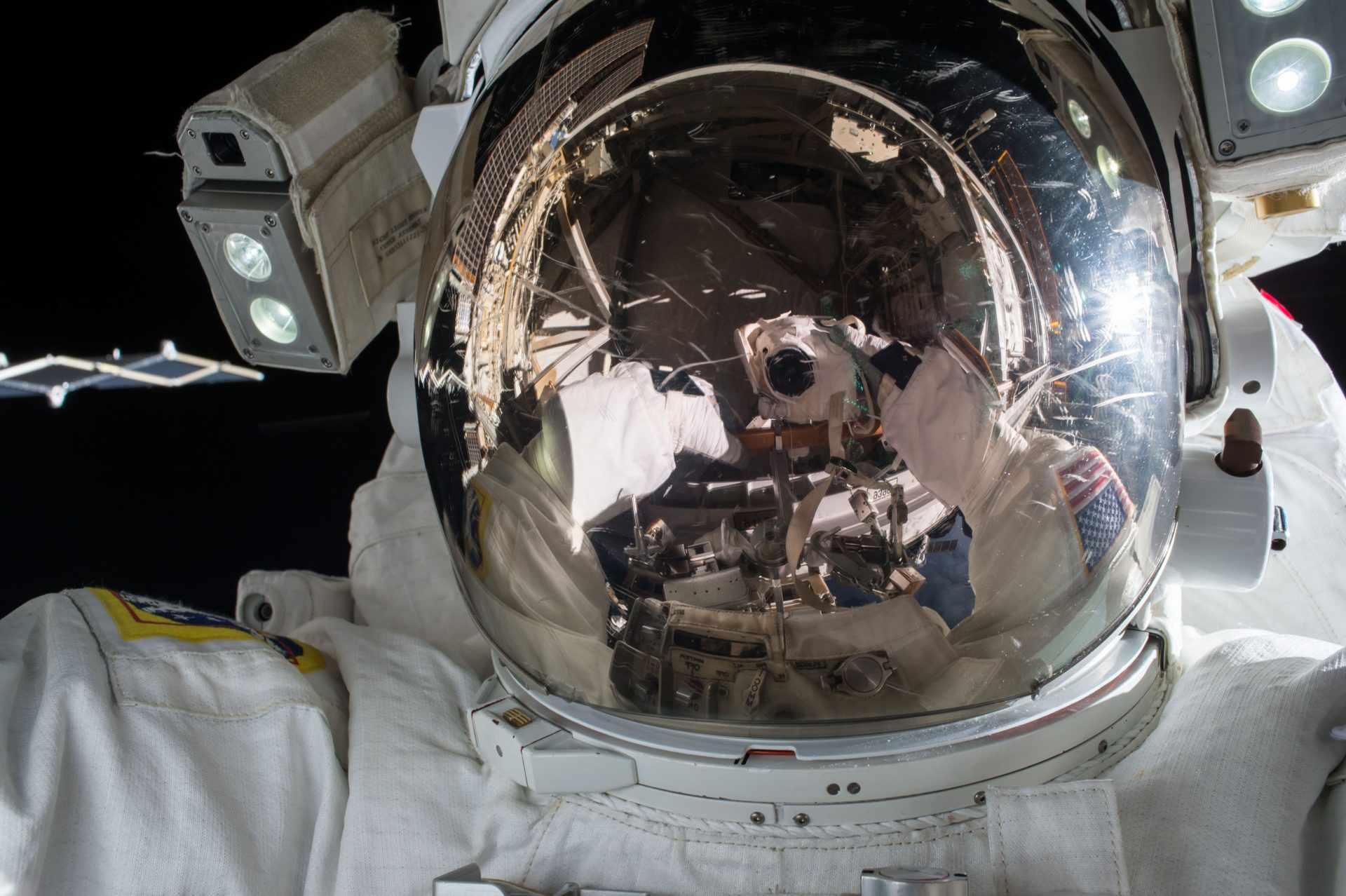 During the course of a deep space mission, astronauts are routinely in various degrees of peril. Depending on which Hollywood sci-fi thrillers you choose, these intrepid explorers are at the mercy of malicious aliens, psychotic computers, or collisions with asteroids or space debris. While these might all be possible concerns, remote or otherwise, the greatest real danger to astronauts may in fact be one that cannot be seen: space radiation.

The Earth’s atmosphere and magnetic field, largely protect life on the planet from cosmic radiation. When astronauts travel beyond that protective bubble, energetic particles called galactic cosmic rays bombard their bodies. Galactic cosmic rays are thought to be the remnants of supernovae and contribute to the space radiation environment along with protons and helium nuclei ejected from our Sun.

Our group studies how exposure to radiation affects human health. The most worrisome consequence of these radiation exposures are the adverse effects on the astronauts’ brains. According to the results of our new study in mice, exposure to cosmic rays impairs brain function causing problems with learning, memory and mood that may, if the results hold true for humans, influence a person’s ability to adapt and respond in unexpected or stressful situations. This outcome could jeopardize astronaut safety and mission success.

We along with other radiation biologists, are specifically concerned about astronauts because, with our current technology, there is no way to protect or shield them from space radiation.

The cosmic radiation particles traveling near the speed of light collide with the spacecraft and generate fragmentation products including neutrons. These fragmentation products still have the energy to pass through the human body. As the neutrons interact with other nuclei in the body they produce free radicals, reactive molecules that can damage cell membranes, DNA and other fine structures in organs. In the brain, my co-investigators and I believe, they damage the microscopic structures of the brain’s cells, or neurons. These include regions of the dendrites, thread-like projections that connect to other brain cells, myelin and synapses that are all vital for forming networks and communicating.

Many investigators funded by NASA have been studying the impact of radiation exposure on astronauts and evidence suggests that the brain will be damaged by exposure to space radiation. Present findings will promote researchers’ understanding of the hazards of space radiation exposure on brain function and will allow us to develop strategies to prevent these problems and facilitate safe human space exploration.

In deep space, radiation exposures happen little by little over the course of the entire trip. That was an element of space travel for which we did not have any data until recently. In those previous studies, radiation exposures were delivered to rodents in a matter of minutes. That doesn’t accurately simulate what an astronaut would experience on a mission to Mars.

Physicists at Colorado State University have now developed a facility that allows researchers to deliver a very slow and much more realistic deep space radiation exposure – 1 milliGray of radiation every day.

Using the Colorado neutron facility, we used this simulated space radiation exposure to measure its effect on the brains of mice.

After exposing the mice to this low-level neutron radiation for six months, we examined their neurons. These are the specialized cells that use electrical currents to communicate information and store memories throughout the brain. My co-authors and I discovered that in the brains of the irradiated mice, the circuits connecting the neurons into networks could no longer communicate efficiently. This might be due to damage to fine structures on the neurons, or connections in some neural circuits that may be completely broken. Either change could adversely diminish cognitive function.

We also used the irradiated mice to see whether radiation induced neuronal changes correlated with behavioral problems that might present a risk to astronauts on a deep space mission.

The outcome of our behavior studies demonstrated that mice exposed to neutrons for six months had trouble with learning, adapting and storing memories. For example, these mice were less likely to be interested in a new toy that had been placed in their testing arena compared to a toy that they had already seen before. The control mice, on the other hand, would take much more time to explore the new toy than the old toy. Similarly in another test, the irradiated mice were less likely to care that one of the toys had been moved to a different location. These behaviors suggest impaired memory function.

The irradiated mice, compared to their unirradiated counterparts, were also more likely to avoid social interactions and had difficulty dissociating or forgetting an adverse event that happened in the past. These space radiation-induced changes indicate increased anxiety levels.

Altogether, comparing the behavior of normal unexposed mice to mice that received the six months of neutron radiation revealed changes in brain function that are representative of what would happen to human brains in space and could significantly impair the ability of astronauts to respond under stress or in unexpected situations. In fact, when we performed calculations translating the findings of our rodent behavior studies into human risk, we estimated that in a crew of five astronauts traveling to Mars and back, we would expect at least one member to display severe deficits in cognitive function by the time they return to Earth.

Our work is just one study and the results must be replicated, but it does raise the sobering possibility that galactic cosmic radiation exposure may represent a significant obstacle to deep space travel. As with the other technological challenges, though, we hope researchers will find a solution. Perhaps this will be the development of new materials that somehow shield astronauts from this radiation. Perhaps this will be through dietary or pharmacologic supplementation.