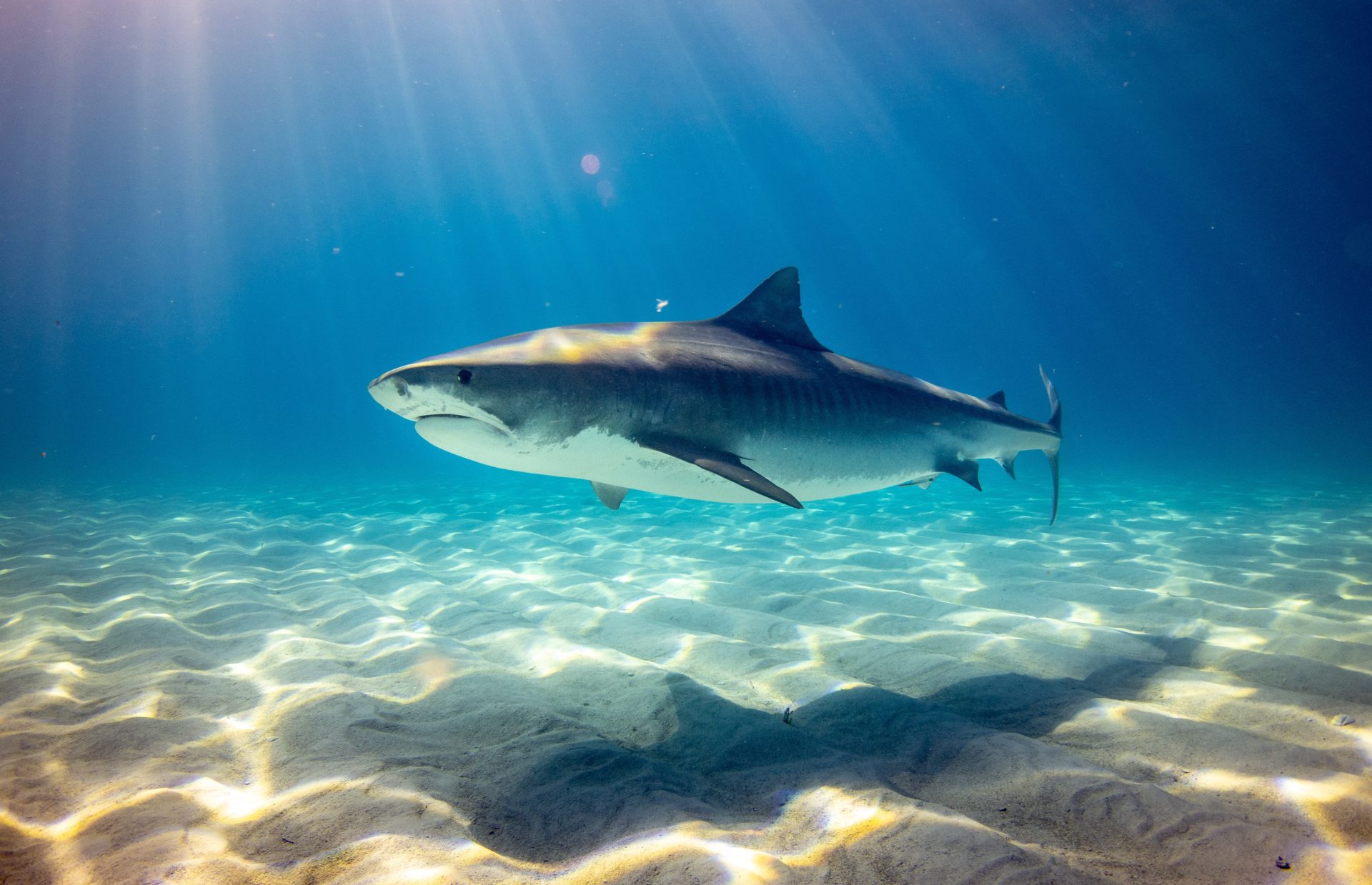 Sharks: one in four habitats in remote open ocean threatened by longline fishing

Unlike the many species which stalk the shallow, coastal waters that fisheries exploit all year round, pelagic sharks roam the vast open oceans. These are the long-distance travellers of the submarine world and include the world’s largest fish, the whale shark, and also one of the fastest fish in the sea, the shortfin mako shark, capable of swimming at 40mph.

Because these species range far from shore, you might expect them to escape most of the lines and nets that fishing vessels cast. But over the last 50 years, industrial scale fisheries have extended their reach across the world’s oceans and tens of millions of pelagic sharks are now caught every year for their valuable fins and meat.

On average, large pelagic sharks account for over half of all shark species identified in catches worldwide. The toll this has taken on species such as the shortfin mako has prompted calls to introduce catch limits in the high seas – areas of the ocean beyond national jurisdiction where there is little or no management for the majority of shark species.

We wanted to know where the ocean’s shark hotspots are – the places where lots of different species gather – and how much these places are worked by fishing boats. We took up the challenge of finding out where pelagic sharks hang out by satellite tracking their movements with electronic tags. This approach by our international team of over 150 scientists from 26 countries has an important advantage over fishery catch records. Rather than showing where a fishing boat found them, it can precisely map all of the places sharks visit. 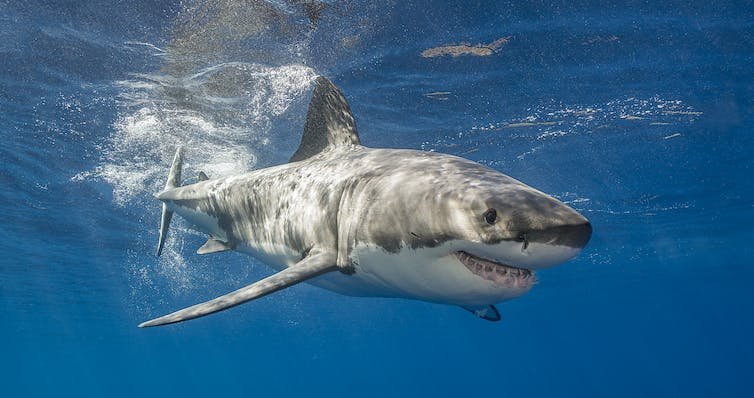 For a new study published in Nature we tracked nearly 2,000 sharks from 23 different species, including great whites, blue sharks, shortfin mako and tiger sharks. We were able to map their positions in unprecedented detail and discern the most visited hotspots where sharks feed, breed and rest.

Hotspots were often located in frontal zones – boundaries in the sea between different water masses that can have the best conditions of temperature and nutrients for phytoplankton to bloom, which attracts masses of zooplankton, as well as the fish and squid that sharks eat.

Then we calculated how much these hotspots overlapped with global fleets of large, longline fishing vessels, which we also tracked by satellite. This type of fishing gear is used very widely on the high seas and catches more pelagic sharks than trawls and other gear. Each longline vessel is capable of deploying a 100km long line bearing over 1,000 baited hooks.

We found that even the most remote parts of the ocean that are many miles from land offer pelagic sharks little refuge from industrial-scale fishing fleets. One in four of the places sharks visited each month overlapped with the areas longline fishing vessels operated in.

Sharks such as the North Atlantic blue and the shortfin mako – which fishers also target for their fins and meat – were much more likely to encounter these vessels, with as much as 76% of the places these species visited most in each month overlapping with where longline vessels were fishing. Even internationally protected species such as great whites and porbeagle sharks encountered longline vessels in half of their tracked range.

It’s now clear that much of the world’s fishing activity on the high seas is centred on shark hotspots, which longlines rake for much of the year. Many large sharks, which are already endangered, face a future without refuge from industrial fishing in the places they gather.

The maps of shark hotspots and longline fishing activity that we created can at least provide a blueprint for where large-scale marine protected areas aimed at conserving sharks could be set. Outside of these, strict quotas could reduce catches.

The United Nations is creating a high seas treaty for protecting ocean biodiversity – negotiations are due to continue in August 2019 in New York. They’ll consider large-scale marine protected areas for the high seas and we’ll suggest where these could be located to best protect pelagic sharks.

Satellite monitoring could give real-time signals of where sharks and other threatened creatures such as turtles and whales are gathering. Tracking where these species roam and where fishers interact with them will help patrol vessels monitor these high-risk zones more efficiently.

Such management action is overdue for many shark populations in the high seas. Take North Atlantic shortfin makos – not only are they overfished and endangered, but now we know they have no respite from longline fishing during many months of the year in the places they gather most often. Some of these shark hotspots may not exist in the near future if action isn’t taken now to conserve these species and the habitats they depend on.