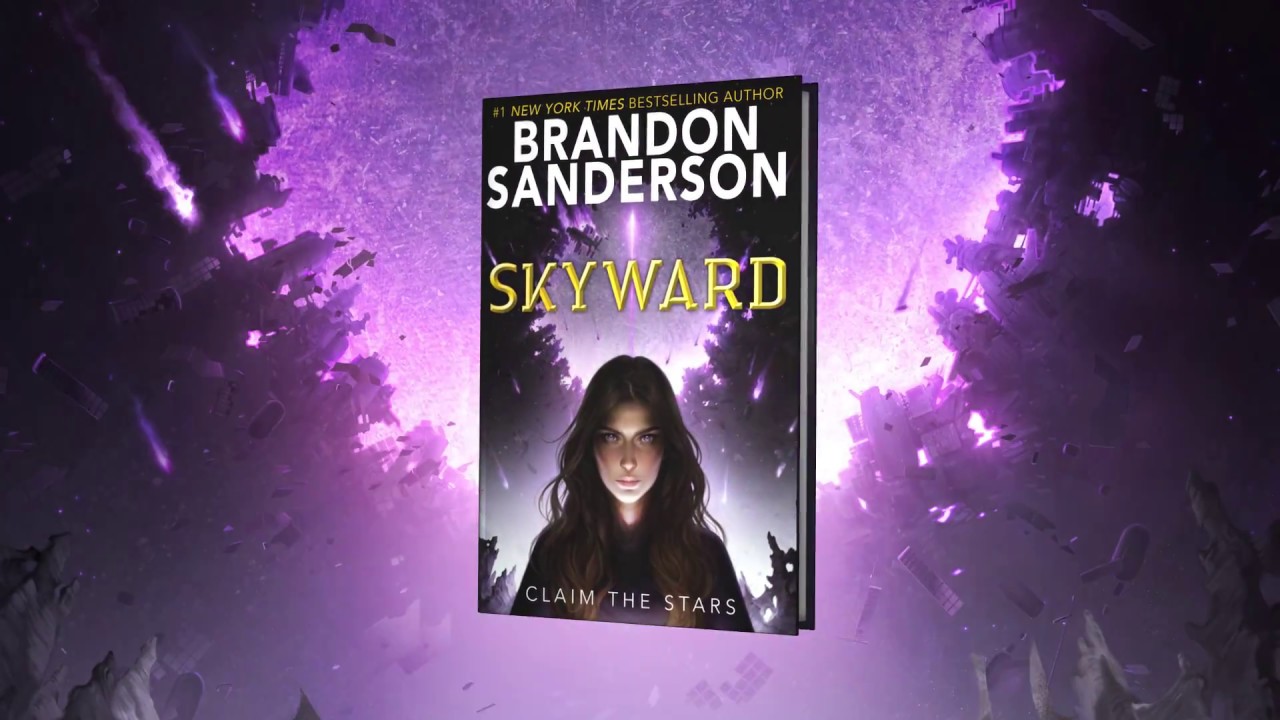 “You get to choose who you are. Legacy, memories of the past, can serve us well. But we cannot let them define us. When heritage becomes a box instead of an inspiration, it has gone too far.”

Book 1 in the Skyward Series

Spensa always has dreamed of being a pilot like her father, but after he dies in battle being branded as a coward, Spensa’s dreams start to fall short of reality. That is, until she gets a chance. The Krell are coming in higher numbers than ever before, meaning the demand for pilots is higher than ever. Will Spensa ever be able to break out of her father’s shadow? Possibly. But while this is happening, she finds a craft that is bent and broken… and it speaks to her.

“Just for that, I shall hunt your firstborn and laugh with glee as I tell them of your death in terrible detail, with many unpleasant adjectives!”

Skyward has a slow-burning, intriguing story that I found enjoyable. It follows Spensa, who is hotheaded, snarky and every bit a delight. Spensa’s perspective is vocal and powerful, and I found myself going along with most of her perspectives. The character relationships were intricate, all of them with unique motivations and personalities, and it was entertaining to see them grow together. My favourite characters were M-Bot, who was a delight, and Ironsides, who I think was brilliantly constructed with her questionable actions. The Krell (antagonists) were suitably mysterious for this stage in the series. The pacing of Skyward was slow but constant. Even in the slow moments, I didn’t feel like I wanted the next action scene to hurry up. Speaking of action, those scenes were detailed, but not inaccessible with how Sanderson used language. Overall, Skyward was a thoroughly enjoyable book, that left me needing the next book to hurry up!

The next book in the series, Starsight, is currently scheduled for October 2019.

Love reading? Catch more of Rhi, Amy, and Emilie on Booked Out, Tuesdays on Tune!FM 106.9