Listen to the first words spoken on Radio UNE.

Head back to 1970 with the songs that have stood the test of time.

Microwave the popcorn and get ready for a 1970 movie marathon.

Curl up and read the most popular books of 1970.

How well do you know your Beatles lyrics?

After overcoming technical and operational hurdles, Radio UNE (RUNE) began test transmissions on 1630 kHz on the AM band in March 1970.

April 10 – Paul McCartney leaves the Beatles.  After his bandmates tried to delay his solo album (McCartney), he issued advance copies with a questionnaire style press release where he stated he had no plans to make more music with the Beatles and he wouldn’t write songs with Lennon again.

April 17 – Apollo 13 crew safely lands after the three crew spent days in a lunar module built for two people to undertake a short mission on the moon. 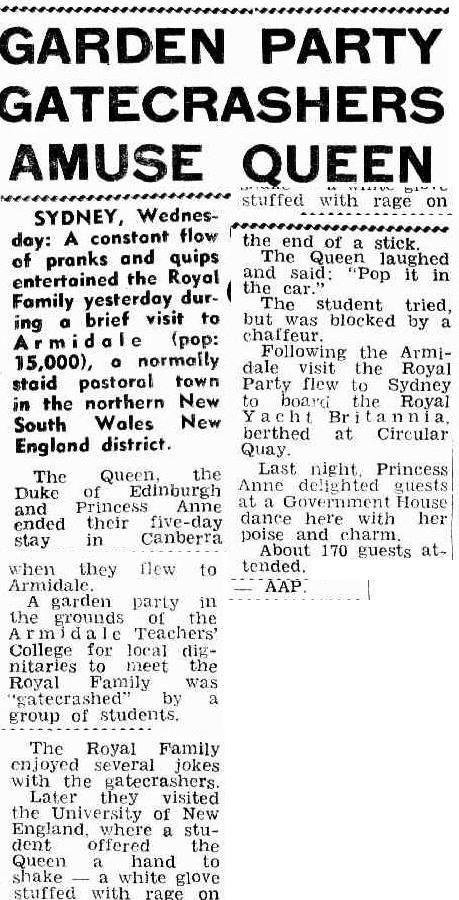 April 29 – USA invades Cambodia.  The objective was to wipe out  People’s Army of Vietnam (PAVN) and the Viet Cong (VC) forces located in Cambodia and to protect the US-backed government of South Vietnam and US forces stationed there.

4 August – Radio UNE put itself firmly on the map with a bold attempt at an Australian record. Nineteen-year-old student Nigel Wood extraordinarily broadcast non-stop for 87 hours going on-air every 15 minutes. 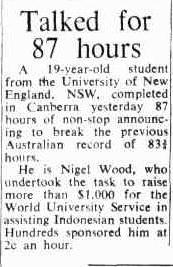 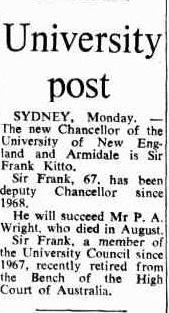 December 15 – Venera 7 lands on Venus, sending data before crashing onto the planet. It was the first spacecraft to return data after landing on another planet. 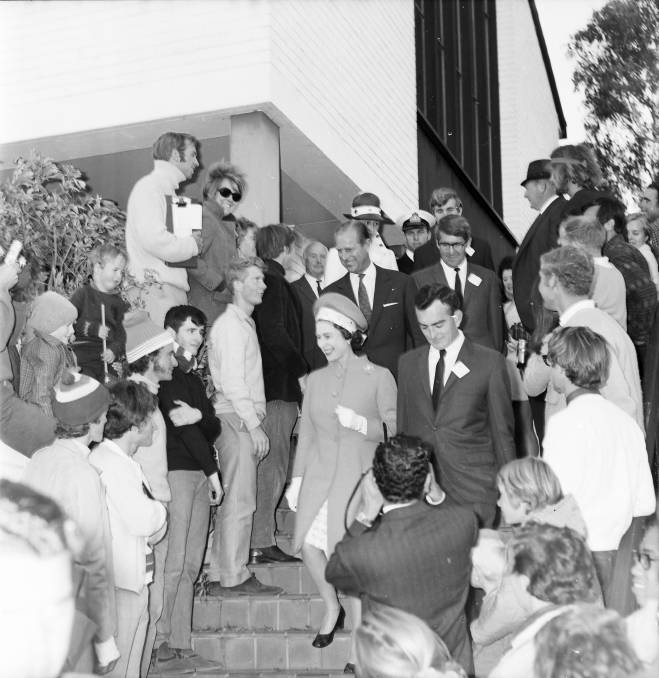 The Queen at UNE! (Photograph via Armidale Express) 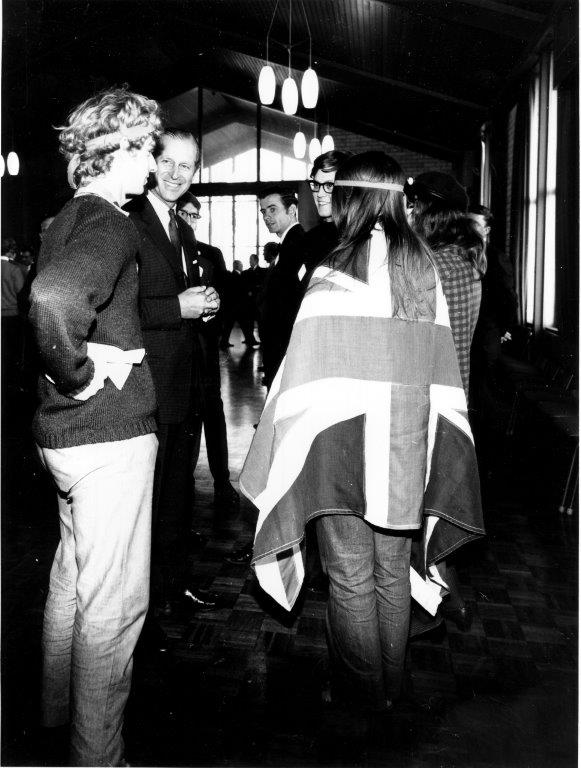 That time a student talked for 87 hours. 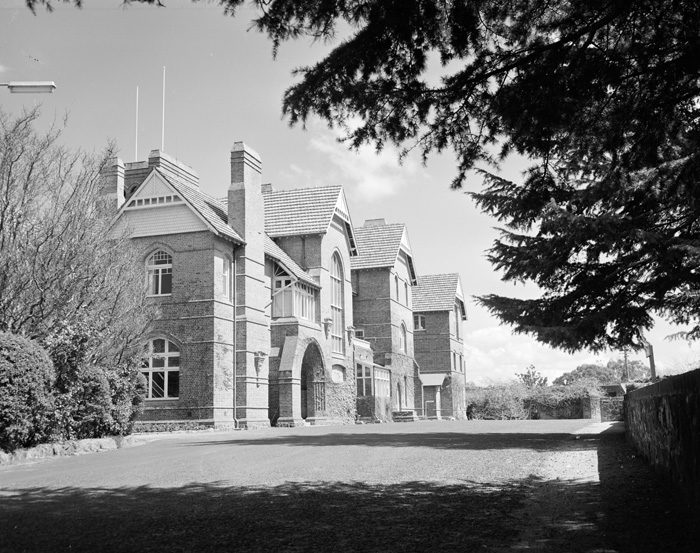 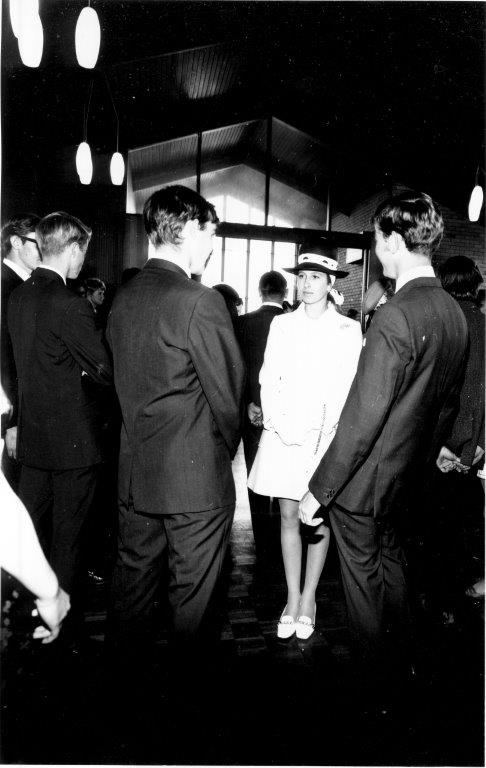 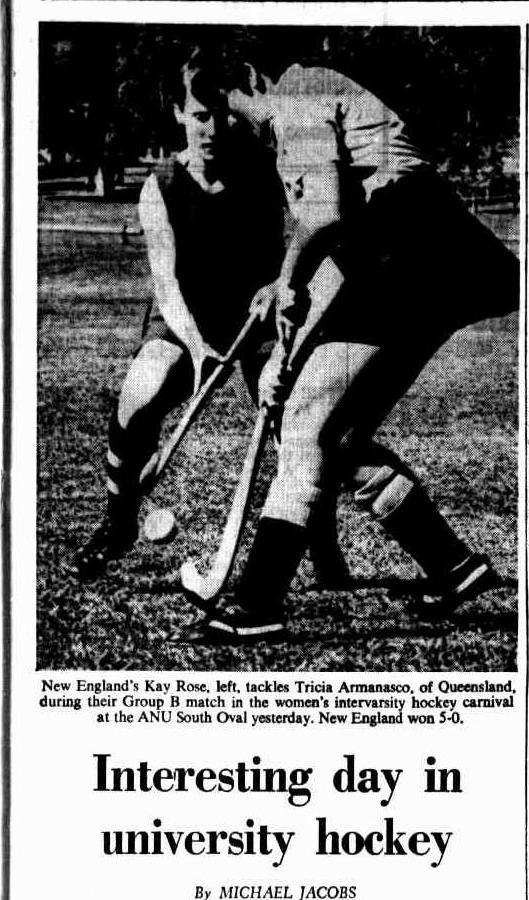 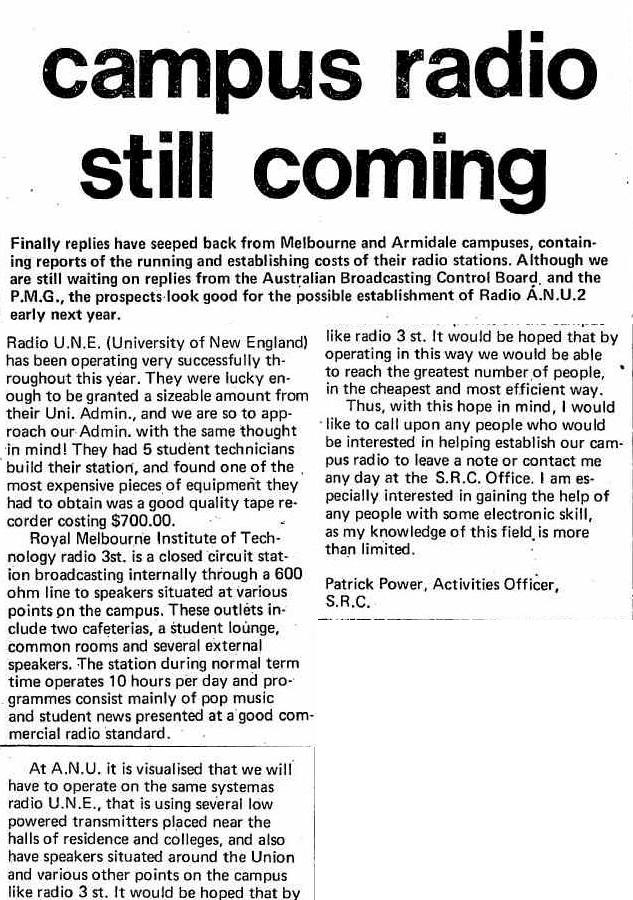 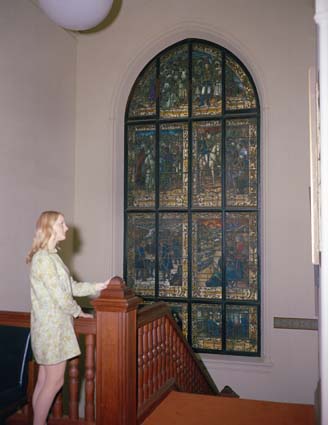 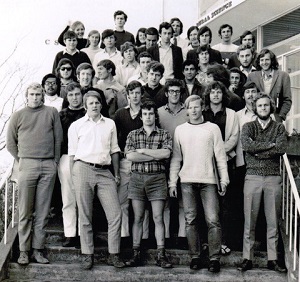 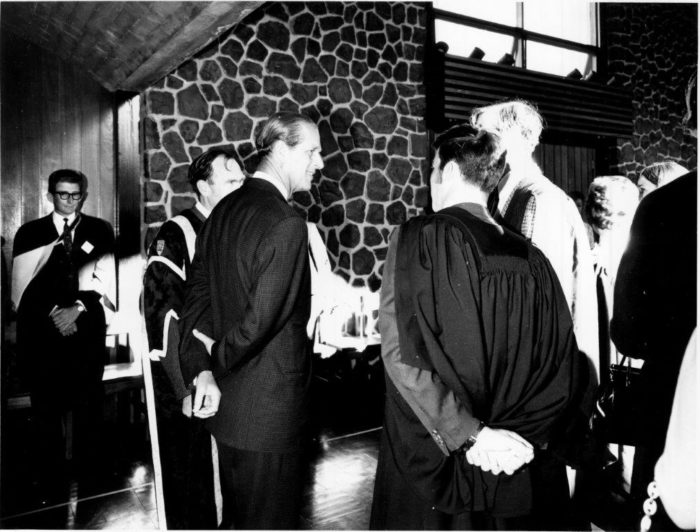 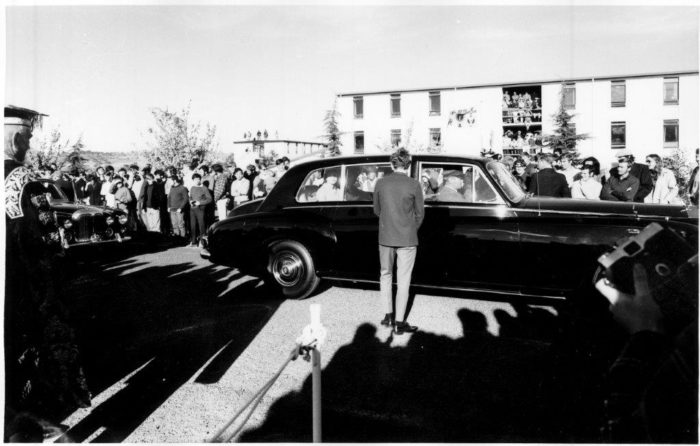 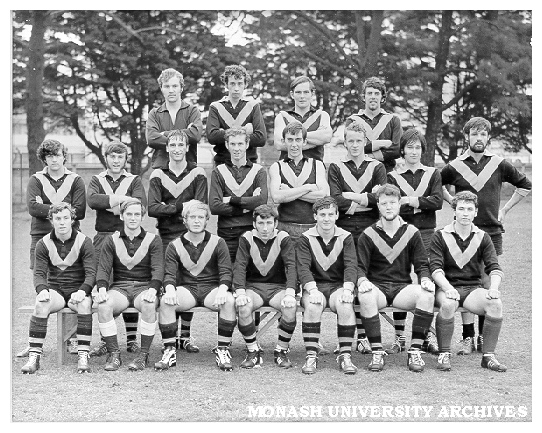 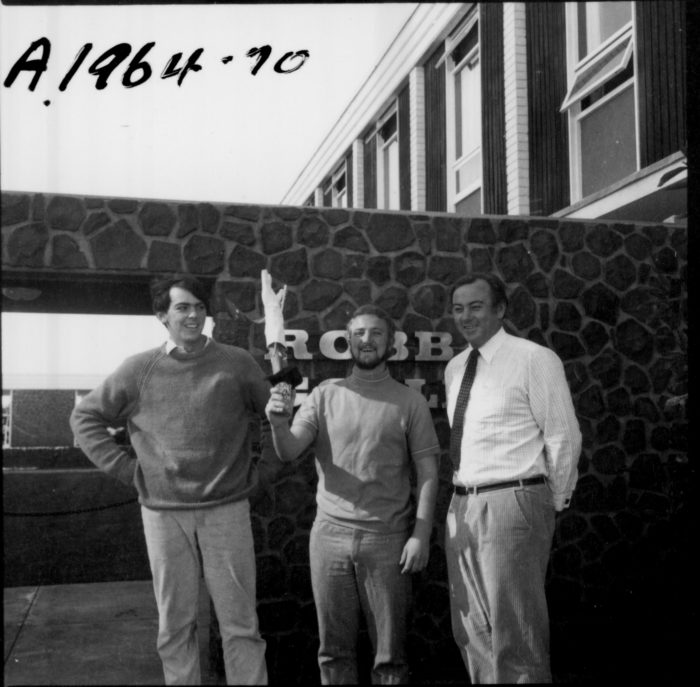 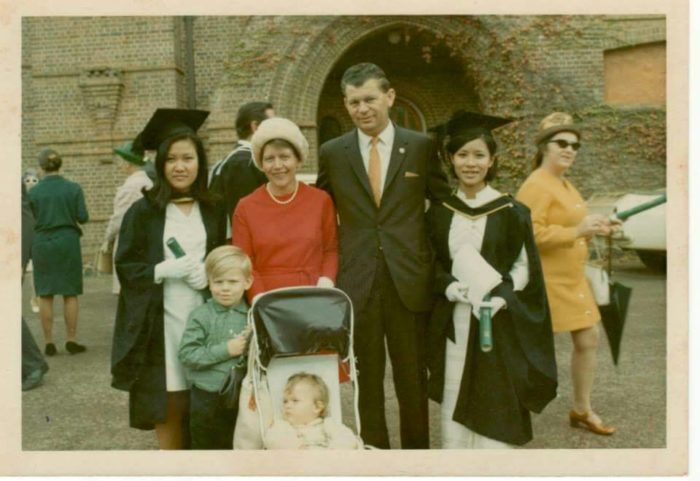 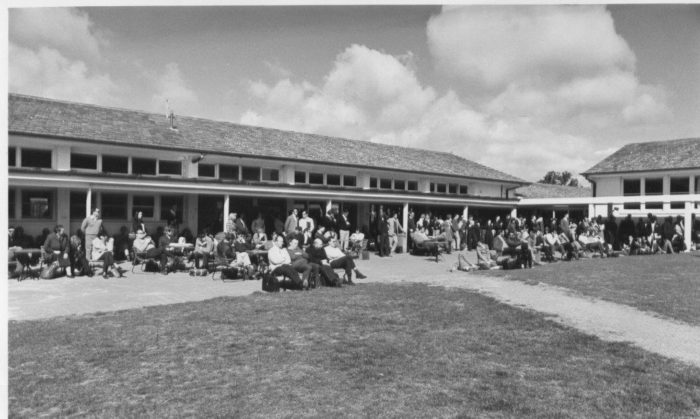 What is now the top courtyard 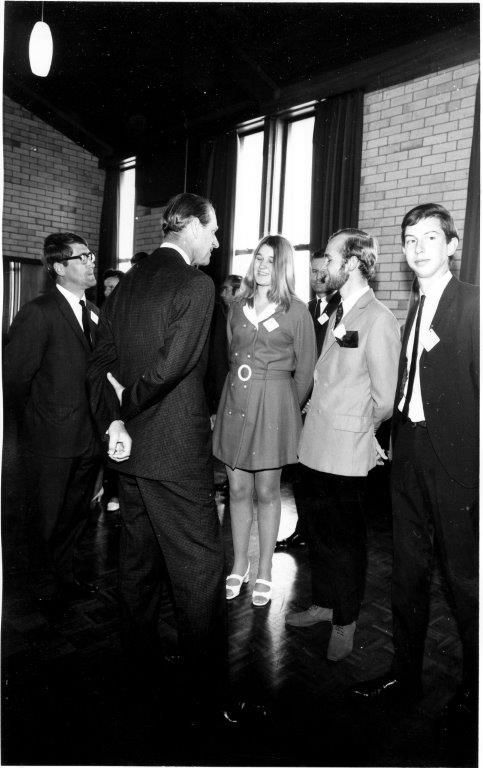 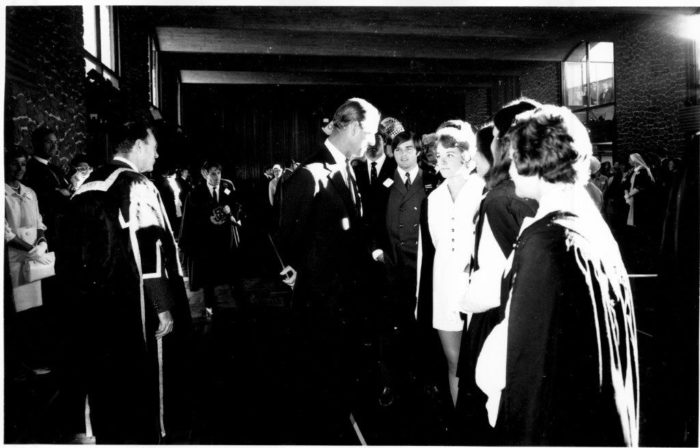